Japanese probe aims to expose secrets of the solar system 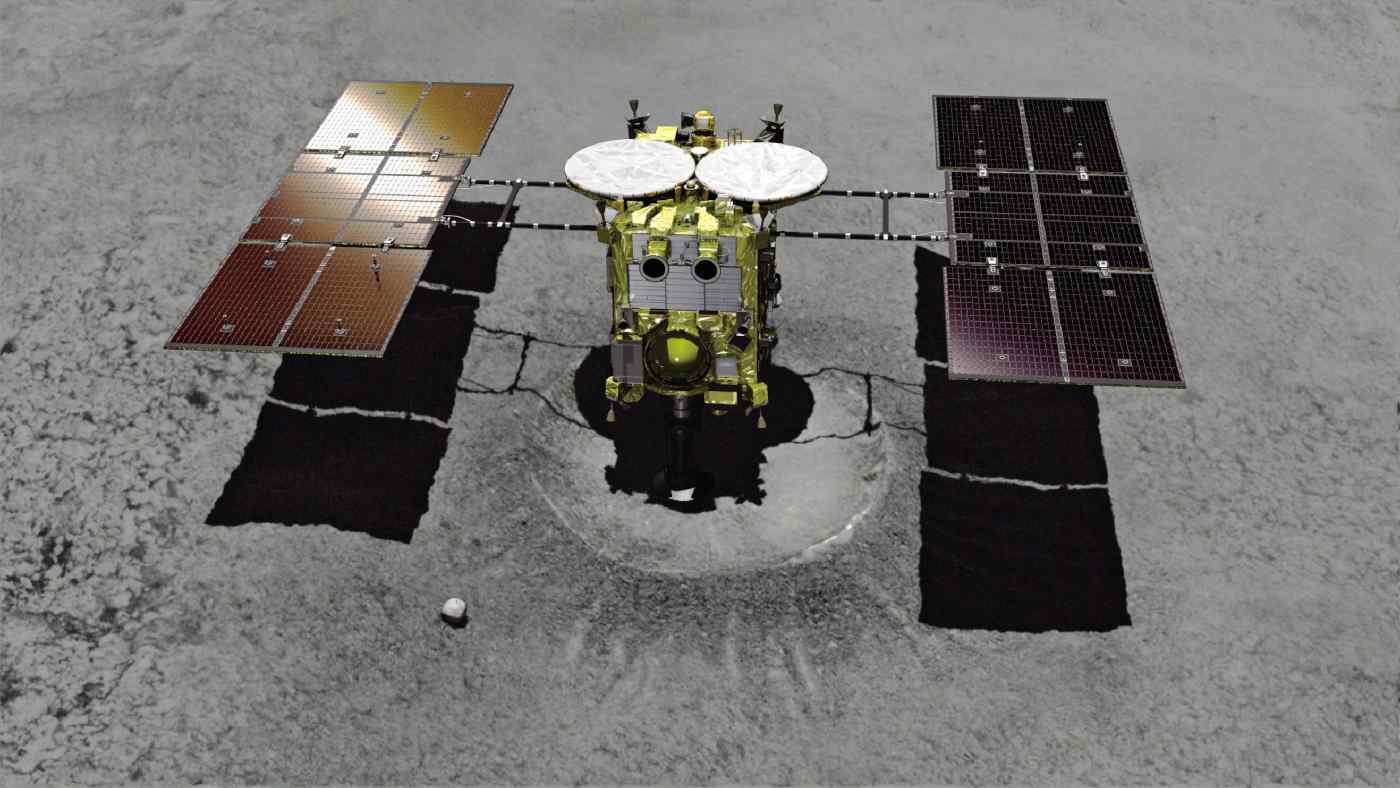 TOKYO -- Japan's Hayabusa2 space probe has successfully fired a bomblike projectile at an asteroid in the first attempt at artificially forming a crater to see what lies below the surface, with hopes of illuminating the evolution of the solar system and life.

The Japan Aerospace Exploration Agency, or JAXA, announced the milestone Friday. The "small carry-on impactor" was released around 11 a.m. JST and reached the asteroid Ryugu about 40 minutes later. A remote camera captured a cloud of dust on the surface that confirmed a hit.