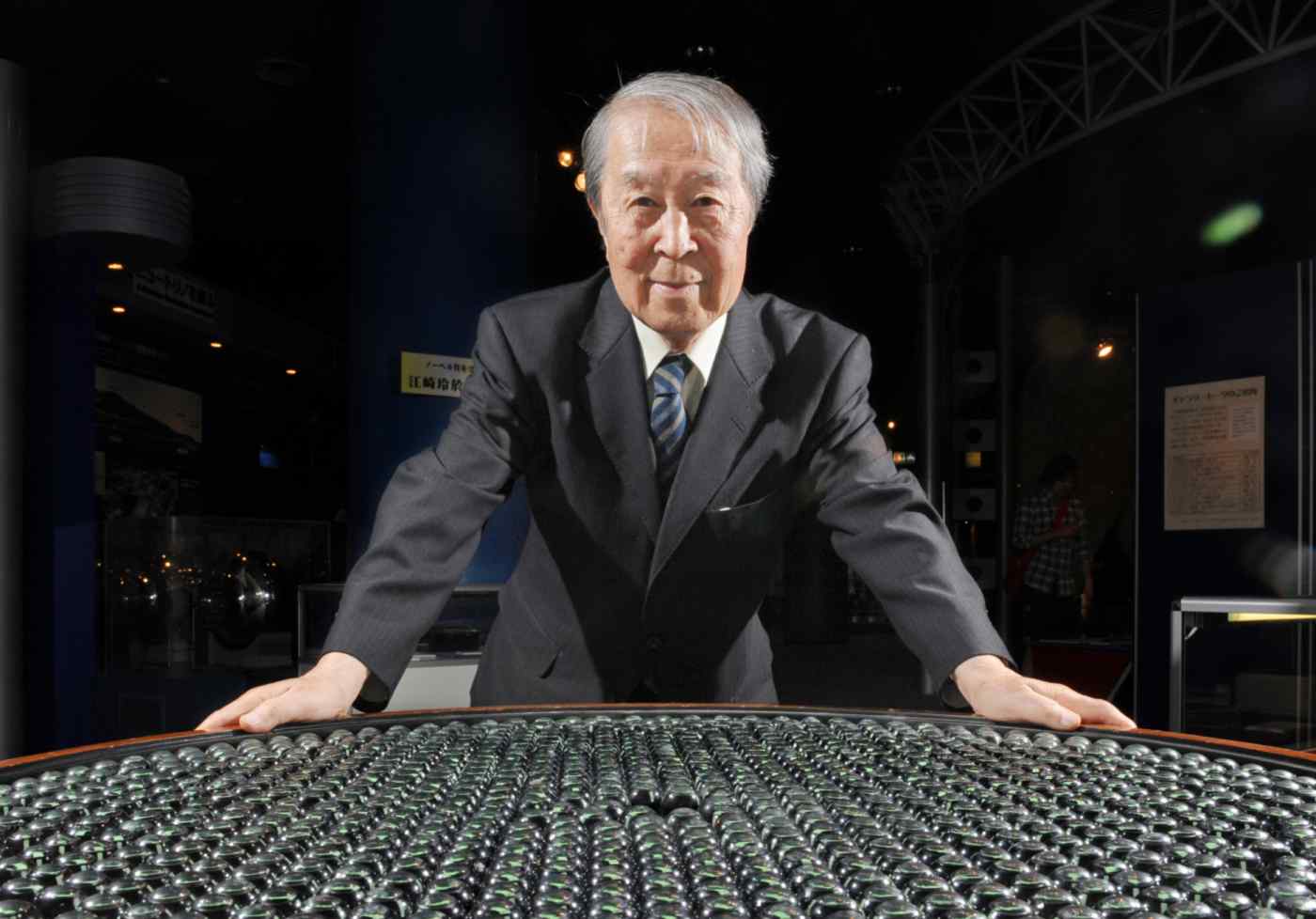 TOKYO   Superstring theory may one day provide fundamental insights into the origin of the universe and even prove to be the elusive "theory of everything," unifying the two great theories of modern physics. Physicists also have high hopes for its potential applications, helping elucidate physical phenomena such as superconductivity and quantum computing.

Yoichiro Nambu, the late Japanese-born American physicist and Nobel laureate, was one of the pioneers of superstring theory. Today, a number of young Japanese physicists are doing promising research using the theory.

The two great theories in physics are the general theory of relativity, which was published by Albert Einstein in 1915, and quantum mechanics, which was established in the first half of the 20th century by Austrian physicist Erwin Schroedinger and others. Superstring theory is "a theory that may unite Einstein and Schroedinger," said Koji Hashimoto, a professor at Osaka University.

The theory of relativity explains what gravity is. It describes the existence of black holes and the movements of planets and helped create rockets and GPS. Quantum mechanics, on the other hand, explains the behavior of subatomic particles, such as electrons and photons. It laid the foundation for important technologies, such as semiconductors and lasers.

Scientists believe that unifying these two principles will open a completely new world of physics. However, the task has proved difficult over the past 100 years.

String theory was proposed by Nambu and others in the 1970s. It postulates that the subatomic particles that constitute an atom, such as protons and mesons, are actually very small strings defined mathematically as one dimensional -- rather than zero dimensional dots. They are observed based on different oscillation cycles. Most particles are open, just like a string. But, the graviton, the hypothetical elementary particle that mediates gravity's force, is closed, like a loop.

Some physicists considered the theory to be epochal. But it did not garner much attention because the Standard Model, which posits that particles like protons are composed of elementary particles, such as fermions, was dominant at the time.

String theory returned to the spotlight in the 1980s, when superstring theory, which combined string theory with supersymmetry -- which assumes the existence of unknown particles -- emerged as a candidate for unifying the two great theories. Furthermore, in 1997, Juan Maldacena, a professor at the Institute for Advanced Study in Princeton, New Jersey, formulated an expression called AdS/CFT correspondence, which connects theories of gravitation and quantum mechanics.

This discovery has opened the door to potential applications for superstring theory. The likelihood has grown that it will lead to breakthroughs in fields previously considered only remotely related to superstrings, including superconductivity, a phenomenon in which electrical resistance becomes zero at extremely low temperatures; condensed-matter physics, which explores the physical properties of solids and other substances; and quantum computing, which would make computers much faster.

PURSUING PRACTICAL APPLICATIONS   Japanese physicists in their 30s and 40s are leading the world in applying superstring theory in these fields. The reason is that "they can focus on research without being shackled by common notions," said Osaka University's Hashimoto. The appeal of working with an idea that could transform the world of physics is attractive to young researchers. One of these is Makoto Natsuume, an associate professor at the High Energy Accelerator Research Organization. He is working to better understand superconductivity, which was once thought to occur only at ultralow temperatures near absolute zero (approximately -273 C). However, scientists discovered that some substances become superconductive at temperatures above 30 K (-243 C).

Using superstring theory, Natsuume is trying to explain superconductivity-related interactions between electrons and reveal the mechanism of superconductivity at relatively high temperatures. If the research goes well, "room-temperature superconductivity may be realized," he said. This could trigger a technological revolution, with potential advancements being applied to magnetic-levitation transport vehicles and the transmission of power to cities, for example.

Tadashi Takayanagi, a professor at Kyoto University's Yukawa Institute for Theoretical Physics, and Shinsei Ryu, a physicist at the University of California, Santa Barbara, and currently an assistant professor at the University of Illinois, jointly created the Ryu-Takayanagi formula. The equation describes quantum entanglement, which is seen in electrons and photons, within the framework of gravity theory. 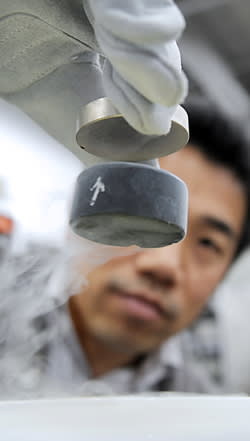 Superstring theory is being used in the study of superconductivity at high temperatures.

Quantum entanglement is a physical phenomenon at the core of the ultrahigh-speed calculations made possible by quantum computers. It is being researched in countries around the world. The new formula "will be helpful in basic research on quantum computing and quantum communications," Takayanagi said.

The Yukawa Institute for Theoretical Physics is opening a new research center for gravitational physics in April. Researchers there will focus on gravitational waves, which were first directly observed in February, and superstring theory. "We want to produce results worthy of a Nobel Prize," said Misao Sasaki, director of the institute.

Superstring theory is an idea still being developed, and it has great potential. Toshihide Maskawa, a professor at Kyoto Sangyo University, and a joint winner of the 2008 Nobel Prize in physics, said, "There is a possibility that new physics will be created" in the future to explain all phenomena using the concept of superstrings.