The next communication innovation? Quantum teleportation

TOKYO -- No need for cables and transmission speeds a million times faster than today's optical communications. That is the promise of quantum teleportation, in which data is teleported rather than physically transmitted. 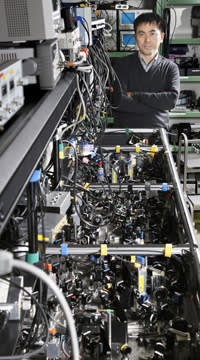 The technology, which relies on information from one photon being shared instantly with another, distant photon, is far from being ready for prime time. But significant experimental results have already been achieved, including seminal work by University of Tokyo professor Akira Furusawa, 52, a leader in the fields of quantum mechanics and quantum computing.