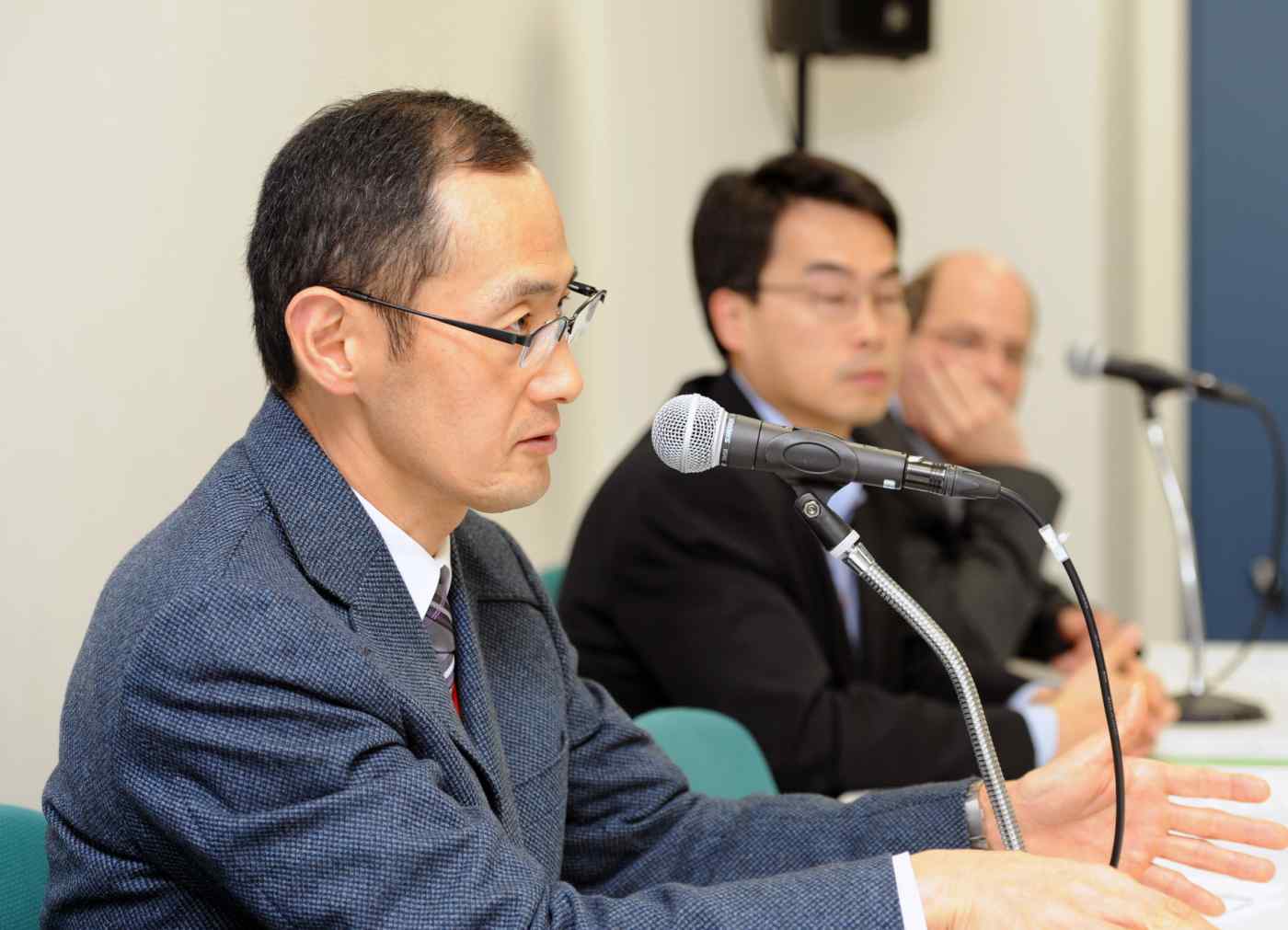 TOKYO -- Countries the world over should work together in storing induced pluripotent stem cells so that more patients can enjoy the benefits of regenerative medicine, said Kyoto University professor Shinya Yamanaka, a pioneer in the field.

Yamanaka laid out his vision on Thursday at an international symposium held in Osaka Prefecture. Research institutions in such nations as Japan, the U.K., France and South Korea are expected to participate initially.

University of Edinburgh professor emeritus Ian Wilmut, best known as leader of the team of researchers that cloned Dolly the sheep, supports the creation of an international iPS cell bank. He said that he hopes to call on research institutions worldwide to participate as early as this spring.

Mahendra Rao, director of the Center for Regenerative Medicine at the U.S. National Institutes of Health, indicated that he will consider joining the project.

Regenerative medicine involves turning iPS cells into retina, nerve and other cells and then transplanting them into the patient. But creating iPS cells for each patient is a costly and time-consuming process. Kyoto University and other research institutions around the world have plans to create iPS cells from the blood and other cells of healthy people and store these for future use.

When using iPS cells made from cells of another person, the type must be matched to reduce the chances of rejection. Plans call for creating a database that holds information about iPS cells stored in each country so that researchers across the globe can provide the cells to each other.

Kyoto University hopes to stockpile iPS cells that can be used without rejection by 90% of Japanese. "For the remaining 10%, gathering cells domestically may be difficult," said Yamanaka. "It may be easier to acquire the cells from abroad."

The international cell bank proposal suggests standardizing the techniques for creating iPS cells to ensure the quality of iPS cells in storage. The different nations are to adopt common procedures for such tasks as explaining to donors what their cells will be used for and gaining their permission. So realizing this framework will likely require coordination between regulators as well.

In fields other than regenerative medicine, drugmakers and others have begun to use iPS cells to study diseases and to test the toxicity of potential new drugs. Thousands of iPS cells have been created across the world from the cells of patients with various diseases. Yamanaka said that he hopes to also create a database for those cells and a framework for sharing the cells as soon as possible. This would require dealing with patents and licensing contracts, he added.