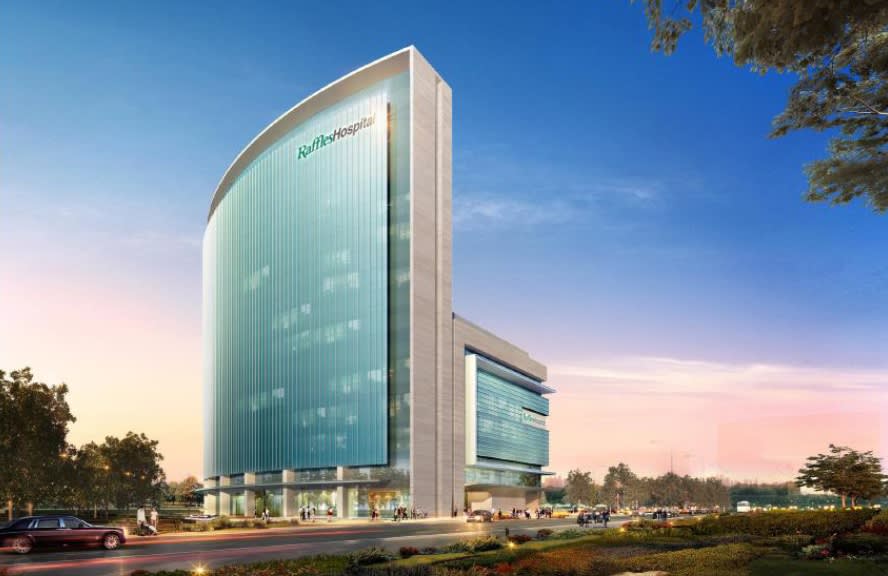 The Shanghai New Bund International Hospital Project is an 800-million-yuan ($128.9 million) joint venture with Shanghai LuJiaZui Group, a land and real estate company in China, with no completion date announced as yet.

"With its local population of 23 million, of which 53% are middle class and above, Shanghai is an attractive medical hub for affluent Chinese from other provinces," said Dr Loo Choon Yong, executive chairman of Raffles Medical Group. Loo noted that hospital bed occupancies average 95.5% in Shanghai compared to the national average of 64.6%.

The new facility will offer the latest technology in specialties such as cardiology, and is also expected to attract regional and international patients. Local Chinese doctors will receive extra training during the construction period.

"What is driving healthcare services growth is the government's policy shift to allow more foreign ownership," said Leon Perera, chief executive officer Spire Research and Consulting. According to Perera, the goal is to win back the 60,000 medical tourists who travel each year outside China for treatment.

He believes Raffles Medical could face competition, especially from U.S. and Asian healthcare groups. One is Singapore's Parkway Pantai, a subsidiary of Malaysian hospital operator IHH Healthcare, which already operates in China, Malaysia and Singapore.

"While Raffles can leverage its great brand name and track record, competition will be keen and time is of the essence, so as to secure the many first mover advantages available in this industry," said Perera.