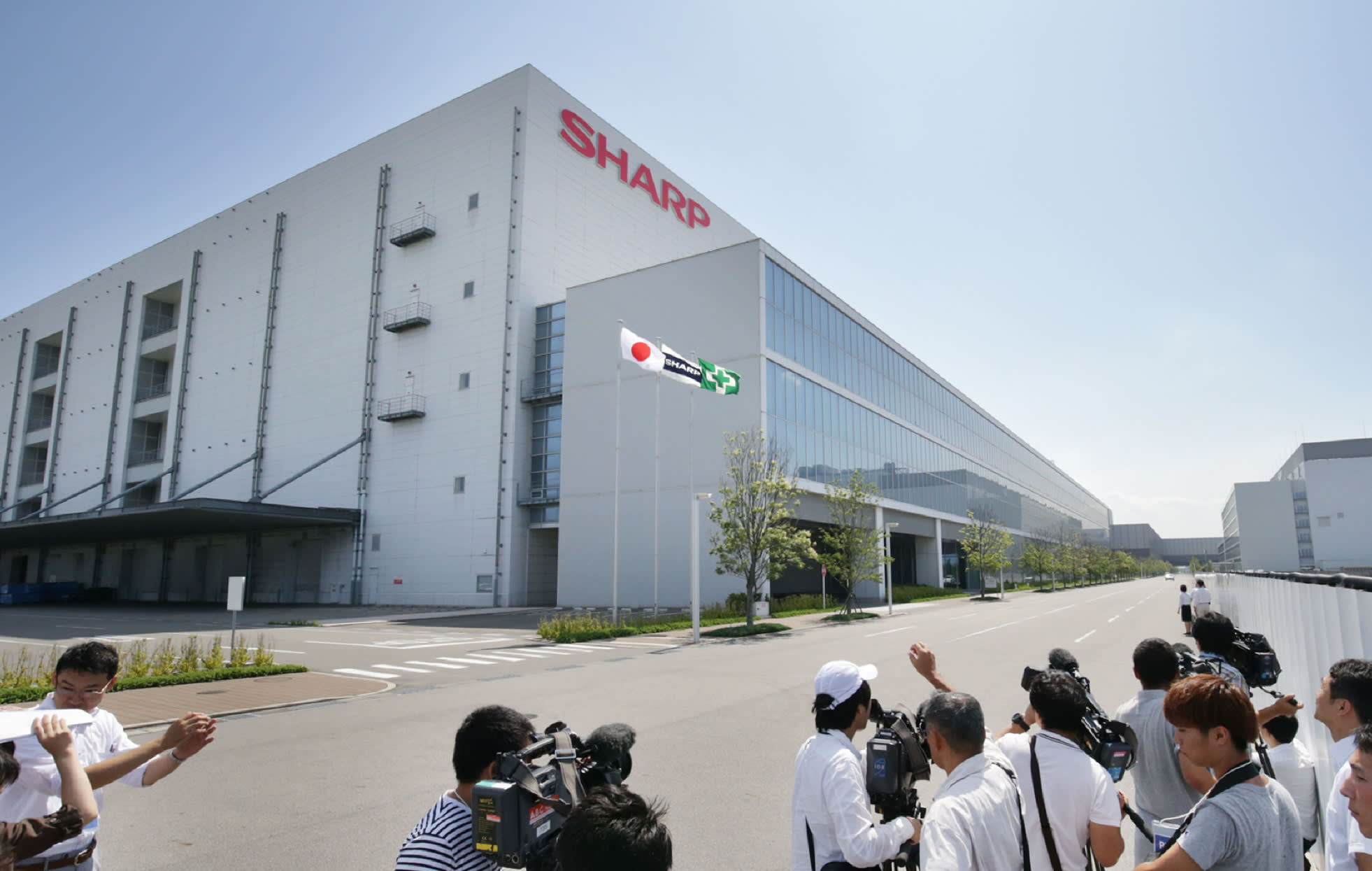 Sharp and Foxconn are readying LCD panel factories in China and the U.S. in addition to this facility in Sakai, near Osaka.
Business

Sharp, Foxconn go all in on TV production in US

With panel plant in the works, entire process to take place in America

OSAKA -- Sharp and Hon Hai Precision Industry will build a plant to assemble big-screen televisions in the U.S., expanding plans for local production that already include a liquid crystal display factory.

The Japanese electronics maker and its Taiwanese parent, better known as Foxconn, are narrowing down locations for the TV plant. While assembling TVs requires more workers than making LCD panels, Foxconn seeks to use its own labor-saving innovations to make local production cost competitive. The duo will aim for the high end of the North American market -- the world's second largest -- with products like ultrahigh-definition 8K models.

The companies intend to invest more than $10 billion in the U.S. production sites. As early as this month, they are expected to reach an agreement with the state of Wisconsin to set up an LCD panel plant there that will begin producing large, state-of-the-art 10.5-generation displays as early as 2020. The companies are also considering building a plant elsewhere in the U.S. Midwest for smaller displays for cars and airplanes.

Sharp has a licensing contract with Hisense Group that allows the Chinese electronics maker to sell Sharp-brand flat-screen TVs through 2020. The Japanese manufacturer aims to regain brand rights soon to take another shot at the U.S. market.

North American TV shipments are estimated to approach 43 million units this year, according to research firm IHS Markit. Most TVs sold in the U.S. are imports. Sharp sees local production shortening lead times to let it respond flexibly to U.S. market needs, as well as distinguishing its products from imports.

Foxconn and Sharp are also eyeing China, the world's largest TV market where about 61 million units are expected to be shipped this year. The companies are building a plant with a monthly capacity of 90,000 screens in Guangzhou, with plans to begin mass production in 2019.

August will mark the first anniversary of Foxconn's acquisition of a down-on-its-luck Sharp. Drawing on its Taiwanese parent's resources, the Osaka-based company is aiming for overseas growth once again.