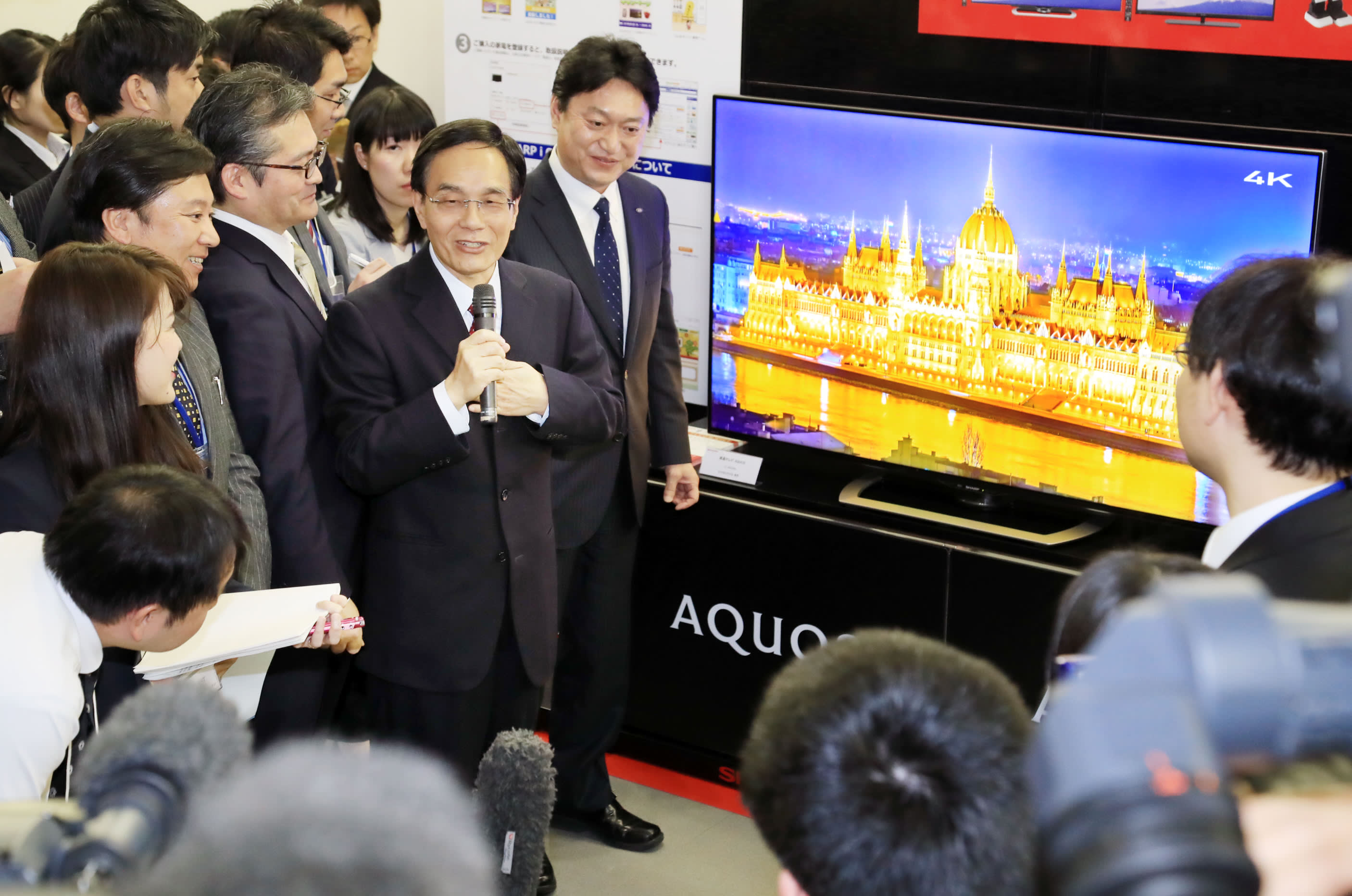 OSAKA -- Sharp will move toward a more performance-based compensation system in the fiscal year that begins next month as the Japanese company intensifies its turnaround efforts under Taiwanese parent Hon Hai Precision Industry, also known as Foxconn.

Sharp will agree to labor's demand for an increase in the average overall fiscal 2017 bonus to the equivalent of four months of salary, President Tai Jeng-wu told reporters Monday.

"I also serve as the head of the Hon Hai group's personnel affairs," Tai said during the news conference, held on the seven-month anniversary as Sharp's president. "I am strongly focused on human resources systems."

After a group net loss topping 200 billion yen ($1.74 billion) in fiscal 2015, the Japanese electronics company slashed the bonus for the following year to roughly two months' worth of salary. The Sharp union requested the new increase in the bonus as the company appears set to report a net profit for fiscal 2016 thanks to restructuring efforts under the Taiwanese parent.

Though Tai's comment Monday honored the request, labor leaders are not exactly over the moon. Tai's offer carries a far greater focus on individual performance: Workers who make great contributions to earnings would receive a bonus worth up to eight months of salary, but the bonus for some weak performers could shrink to just one month.

"We haven't worked out the details yet," one official told workers, saying Monday's announcement represents "merely what the company wants." Though the union asked for four months, "we're torn because some people may receive smaller bonuses than before," another official said.

Under Tai's leadership, the company introduced in the current fiscal year a merit-based bonus paid separately at a different time from the traditional summer and winter bonuses.

"We are not talking about a mere 10,000-20,000 yen," a smiling Tai said of the new reward system, dubbed a special bonus from the president. According to the company grapevine, some workers received several hundred thousand yen as a special bonus.

Sharp is set to hire roughly 150 new college graduates this spring. The company plans to double the recruitment scale in spring 2018, a sign of readiness to shift attention from survival to growth.

Tai also plans to reward talented recruits generously. Sharp's starting monthly salary for college graduates stands at 212,000 yen. But the company will introduce a system that raises the monthly salary of high-performing new employees "by 50,000 yen or 100,000 yen" after the initial six months, the president said.

Despite the push toward more merit-based compensation, "employees who were seen as candidates for future leaders are resigning one after another at the white goods factory," one company official said.

However, Tai dismisses concerns about the brain drain. "There are a lot of gray-haired people at Sharp," Tai said. He is "not worried about" losing talent because executives who jumped ship after Hon Hai's takeover in August were old, the president added.