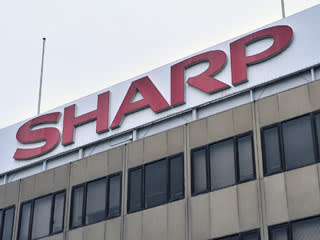 TOKYO -- Sharp is eliminating all but one of 22 top executive positions effective Saturday, and will establish a new president's office with a staff of 200 at its headquarters in Osaka, in an effort to speed up decision-making and strengthen profitability.

The electronics manufacturer announced the moves Friday. The company is headed by President Tai Jeng Wu, a top manager at Hon Hai Precision Industry, which acquired Sharp this month.

His staff will implement the merit-based management system of Taiwan-based Hon Hai, also known as Foxconn Technology Group. This includes setting up a performance review committee for managers. In addition, Sharp's Tokyo branch will be closed, and the president's office will also serve as a liaison with government bureaucracies.

Of 22 top posts, only the position overseeing the solar cell installation business will be retained. Some slots may be reinstated if Sharp's earnings recover. "We are trying to instill a sense of urgency at the company," said a human resources manager.

After less than a year, Sharp is undoing its October 2015 shift to an in-house company system. The five in-house companies are being reorganized into 10 business divisions. However the company for display devices will be kept, with an expanded scope including the television business.

The research and development department is being upgraded to a business division, to foster greater awareness of the need to increase earnings. Management of overseas operations will also be reworked. Chiefs of four regions including the Americas and China will work with Foxconn to expand earnings.