Shenzhen is becoming the go-to destination for digital mavericks

Despite hurdles, atmosphere of freedom in Tencent's hometown welcomes newcomers Shenzhen is drawing talent from across China and around the globe.
YASU OTA, Nikkei Asian Review columnistOctober 12, 2017 10:00 JST | China
CopyCopied

For the technology creative classes, global politics might not be as big of a deal as we imagine.

The appeal of the Hong Kong-border city has created some unexpected side industries. 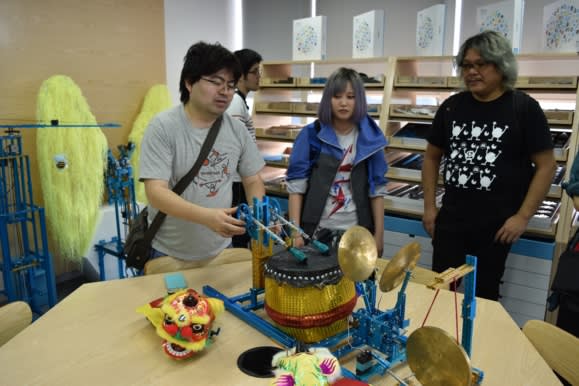 Entrepreneurs from across Asia and elsewhere have flocked to Shenzhen, rather than Silicon Valley. (Photo by Yasu Ota)

The language lessons are focused on the basic vocabulary and pronunciation of conversational Mandarin Chinese, which is necessary to survive in China's version of Silicon Valley. So the phrases that are taught are specific: "Which versions of operating systems is this electronic circuit board adaptable to?" and "I'd like to pay by WeChat Pay."

Nakano initially was not sure whether anyone would show an interest in her course. But for a lesson held on a trial basis in May, she received a number of applications from people of various backgrounds -- from a young employee of a major electronics maker to a middle-age freelance software developer.

Nakano now believes that there is a growing need for Mandarin among tech-innovator types who need to stay attuned to what is happening as the digital landscape transforms. And savvy travel operators in Japan are responding with tailor-made tours to Shenzhen for tech entrepreneurs.

Sho Sawada, a founder of several app startups, is one such creator from Japan. "For sure, people who want to make the world more fun and interesting with the help of digital engineering, just like me, would naturally go to Shenzhen, not Akihabara, when seeking new ideas," he said. For the past few years, Sawada has been visiting Shenzhen nearly every month and his Mandarin has vastly improved.

In May, Japanese software developer Yoshihito Kondo shook hands on a deal with a top executive from the virtual-reality division of Tencent at its headquarters in Shenzhen.

The company unveiled its "One Tencent" project in September that aims to link the vast data collected from its users with artificial intelligence, with the goal of connecting every possible online service. VR technology is expected to make up a core part of that plan. Tencent will reportedly unveil a new VR headset for the year-end holiday season.

Tencent's messaging app, WeChat, has topped 1.2 billion users. And the company seems intent on taking advantage of that solid customer base by expanding the use of its mobile-payment platform, WeChat Pay, to a group as wide as WeChat itself.

Meanwhile, U.S. research company IDC estimates that if smartglasses offering an attractive lineup of content becomes widespread among Tencent users, the company could potentially eclipse rivals and dominate the world of virtual- and augmented-reality technologies -- a market that is expected to grow 18-fold over the next four years to $215 billion. German inventor Michel Haese, based in Shenzhen, pitched a foldable display for smartphones at the "Maker Faire Hong Kong 2017" trade show in May. (Photo by Yasu Ota)

One important driver that allows Tencent to make a leap in technological advancement is Shenzhen's ability to draw talent. Indeed, the city is home to such Chinese tech giants as mobile-device makers Huawei Technologies and ZTE, and DJI. Inventors and entrepreneurs from around the world are flocking to Shenzhen. The city of 14 million has become a major international digital hub.

PRICE WORTH PAYING? Michel Haese, a German inventor and engineer, has set up shop in a rental studio in Shenzhen's Huaqiang North Road Commercial District. There are some 200 rental-office locations offering networking opportunities for startups in the city.

Haese settled in Shenzhen after hopping around European cities and Silicon Valley. He explained that his intuition told him Shenzhen was the true center for digital innovation, adding that a big attraction to stay was that he could find any electronics component and put together a prototype in a just single day. In May, he unveiled a foldable display for smartphones.

But enjoying this kind of freedom comes at a price, including for Shenzhen. The city's special economic zone, after all, sits within China's Great Firewall. And a cybersecurity law that came into effect on June 1 prohibits the transfer of critical data outside China and stipulates penalties for violators.

Vast records of chats on messaging apps, online transactions and flight data of drones are stored on servers in China, and it is clear that these strategic resources for creating future innovative technologies will be put behind the government's Great Firewall.

A strong reminder of the government's control over the internet came recently when Chinese regulators said they fined three tech giants -- Tencent, Baidu and Sina -- for failing to adequately censor content on their social-media platforms.

Even though the government censors online chat logs, the active exchange of ideas are made every day on WeChat about things like the fastest and cheapest route to reach Hong Kong or where to find the best components in the Huaqiang North district.

While foreign entrepreneurs understand the risks of doing business in China, they also accept the challenge of scaling over the Great Firewall. Under a perhaps unexpected atmosphere of freedom and excitement, Shenzhen serves as a frontier for digital explorers.

In contrast, there is some doubt that democratic countries can remain the leading pioneers for technology. A country's competitiveness is typically determined by its capability to provide entrepreneurs and startups with an adequate environment to make the most of their abilities.

U.S. President Donald Trump is keen to place stricter controls on the entry of foreign workers, including talent in the tech sector, and the U.S. has also withdrawn from the Trans-Pacific Partnership.

If things continue to move in that direction, we could see Shenzhen overtake Silicon Valley as a hub of innovation sooner than expected.

Yasu Ota is Nikkei Asian Review columnist, based in Singapore.