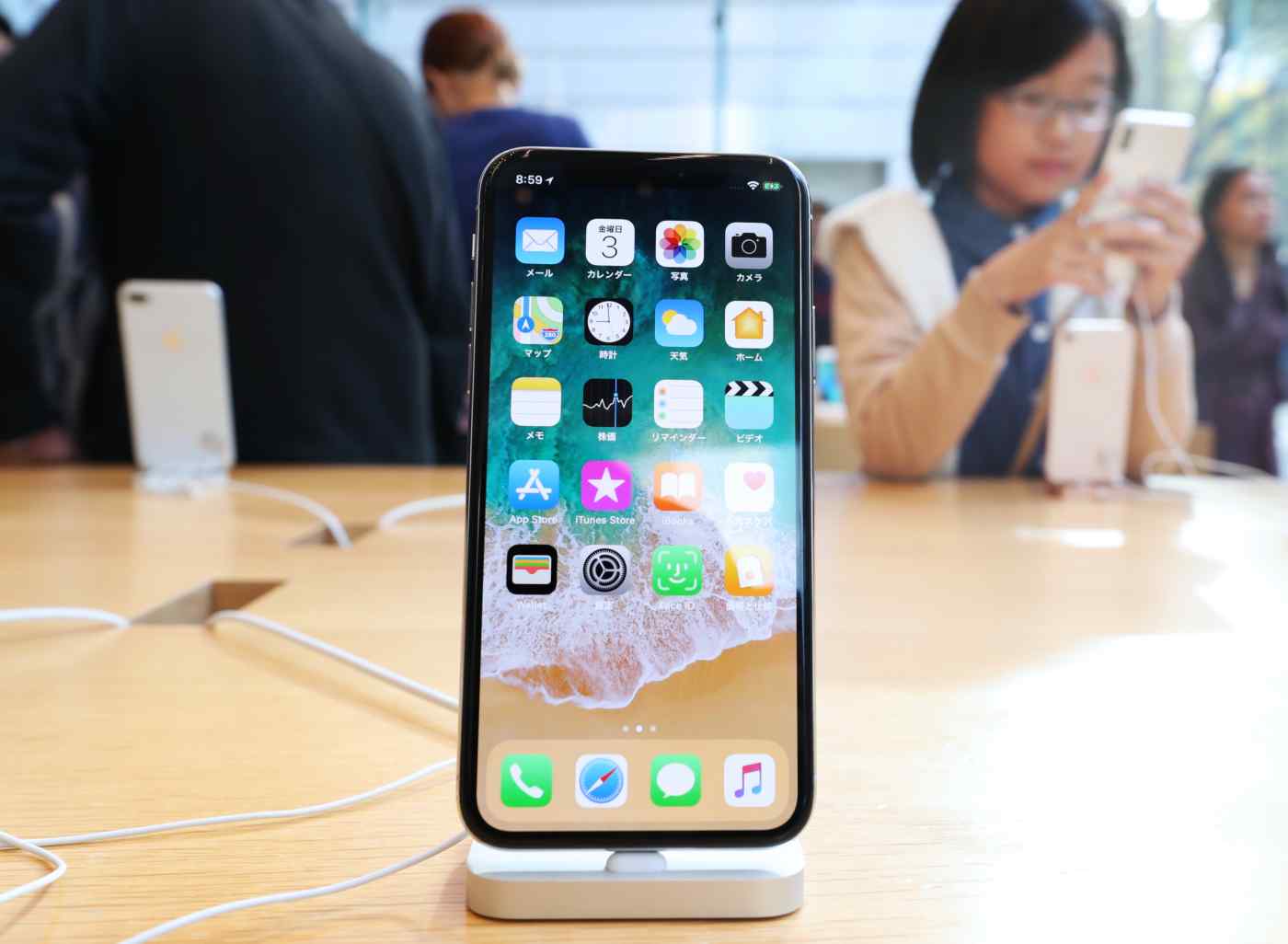 JDI's sales to Apple are projected to fall in the coming months despite the popularity of products like the iPhone X.
TAKEHIKO HAMA, Nikkei staff writerDecember 4, 2017 09:00 JST | Japan
CopyCopied

TOKYO -- While many Apple suppliers are seemingly pulling in truckloads of cash from their businesses with the high-flying U.S. technology behemoth, Japan Display has been left out of the party.

Known as JDI, the major Japanese manufacturer of liquid crystal displays is almost alone among its competitors by remaining mired in the earnings doldrums.

The company's troubles have attracted unwanted attention from media and investors due to an inconsistency between two sets of published information from its consolidated financial results for the April-September period.

The cash-flow data included in the company's legally required quarterly financial statement do not match the figures in the report it distributed last month at a meeting with analysts and institutional investors.

In the document for investors, a 35.6-billion-yen ($316 million) decline in advance payments received from customers for expected future product deliveries -- money paid by smartphone makers, for instance, for the supplier's capital investment required -- was recorded as part of JDI's financial cash flow, which indicates cash flow from financing activities, instead of as operational cash flow, which shows cash flow for business operations.

In JDI's formal financial statement, however, the item was included in operational cash flow, as the company has done previously.

As a result, the report distributed to investors shows an increase in operational cash flow of 30.8 billion yen, while the official financial report refers to a decline of 4.8 billion yen.

In other words, the document designed for investors makes the company's cash flow picture look better than the official financial statement.

JDI -- formed through the 2012 merger of the LCD operations of Hitachi, Sony and Toshiba -- has explained the inconsistency by saying it recognized advance receipts as a long-term liability in compiling the report for investors.

"If advances are seen as something similar to borrowing, it is more in line with the reality to include them in financial cash flow than in operational cash flow," a JDI executive said.

Since such documents created for investor relations are not based on legal disclosure requirements, the company is not held legally liable for the differences in the two reports. But JDI's move undermines the continuity of the related data.

Some analysts and investors regard the move as an accounting gimmick by a company struggling to raise funds to make its operational cash flow look better than it actually is.

The outlook is bleak for JDI's earnings in the second half of the current fiscal year, ending March 2018.

During the first half, the six months through September, the company managed to eke out an increase in sales of 1%. That was helped by the weakening of the yen against the U.S. dollar. In addition, a longer-than-usual sales cycle for the iPhone 7 kept sales of the company's LCD panels to Apple on a firm footing even though the launch of the iPhone X, which uses an organic light-emitting diode, or OLED, panel, was in the offing, according to an analyst at a Japanese brokerage company.

But the sales growth in the first half of the current fiscal year has only brought the firm's predicament into sharper focus.

JDI has not announced its earnings forecast for the current fiscal year. But there is little reason to doubt that the company is on track to report a net loss for the fourth consecutive year because it plans to spend 170 billion yen on restructuring.

Its sales will fall by 15% to 25% from the 884.4 billion yen it recorded in the previous year, according to Takanobu Oshima, JDI's chief financial officer.

A 15% fall would translate into sales of about 750 billion yen for the entire year. But the worst-case scenario, a 25% drop, would push down annual sales to around 660 billion yen.

Apple suppliers usually enjoy strong earnings in the second half of the year, which includes the important Christmas shopping season.

JDI's troubles attest to the tough business environment for makers of LCD panels, as their key customers like Apple and Chinese smartphone manufacturers are moving to expand the use of OLED technology for their products.

JDI, however, is unlikely to face serious fundraising difficulty for the time being, thanks in part to a new 110-billion-yen credit line it secured over the summer.

But the accounting change may bode ill for the company's future if it is indeed an attempt by the management to make its earnings performance look rosier than it actually is.

JDI's share price rose to an eight-month high of 290 yen in October as investors welcomed its plan to enhance its OLED operations, but its stock has fallen sharply since the company's earnings announcement on Nov. 8, and it closed at 200 yen on Dec. 1.

The company now faces a rocky path in its efforts to put itself back in good financial condition.