SingPost warns of impairment for US e-commerce subsidiary

Company faces another challenge as it welcomes new CEO in June 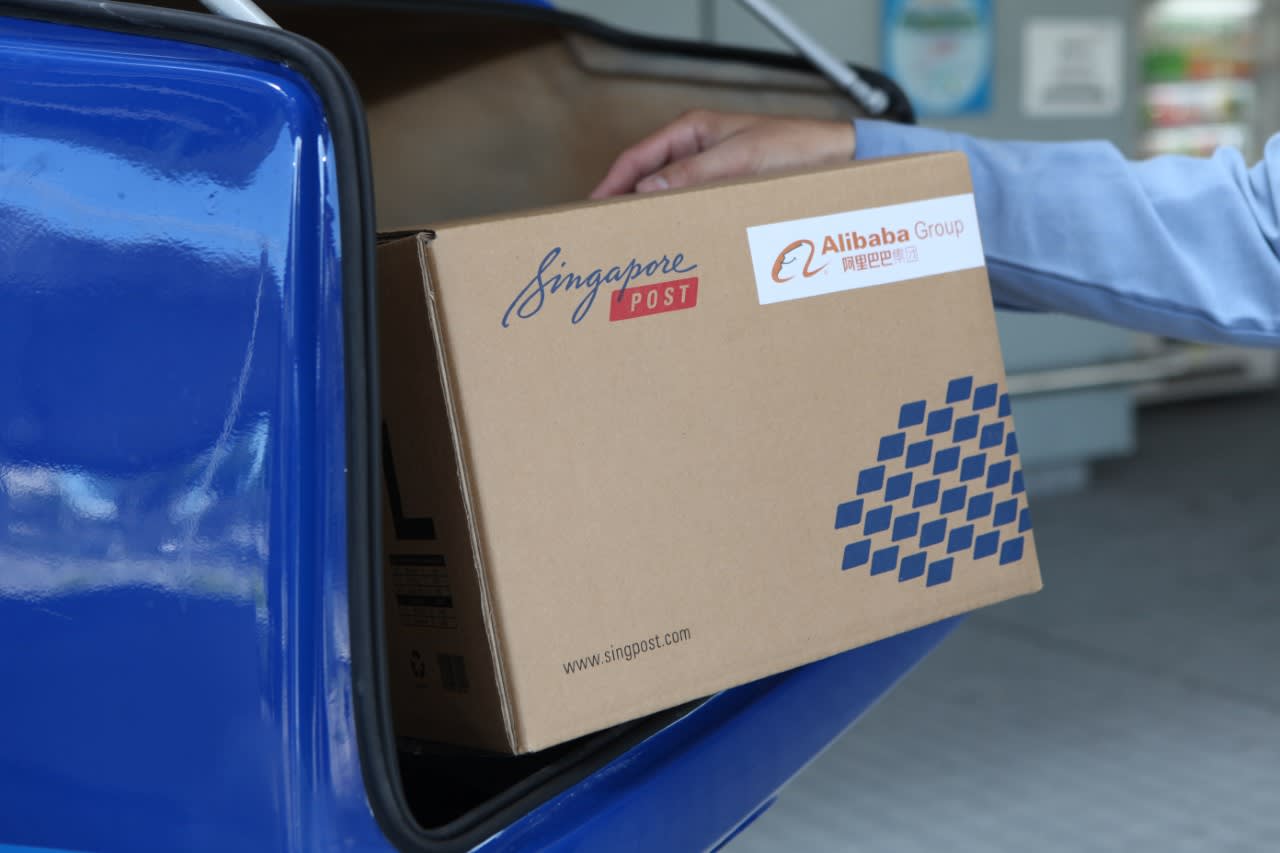 SINGAPORE -- Singapore Post, the city-state's postal company, said Friday its net profit for the third quarter ended Dec. 31 fell 27.9% on the year to 31.3 million Singapore dollars ($22 million), due mainly to the poor performance of a U.S. e-commerce digital and logistics solutions company.

Revenue for the period increased 16.8% to S$369.3 million. E-commerce revenue doubled on the year thanks to newly acquired e-commerce subsidiaries in the U.S. But the gain in the top-line figure failed to translate into a rise in net profit as the group's U.S. e-commerce business suffered higher costs and the loss of some key customers.

The group's e-commerce-related business posted an operating loss of S$8.4 million. Cincinnati-based subsidiary TradeGlobal, which SingPost acquired in 2015, faced a tight labor market that boosted labor costs for the company.

Cincinnati is a prime location for logistics centers due to its proximity to other large U.S. cities, which drives up labor demands during peak shopping seasons such as Thanksgiving and Christmas, said SP Commerce CEO Marcelo Wesseler, who runs SingPost's U.S. e-commerce businesses. Warehouse automation and new customer implementation efforts for TradeGlobal also took longer than envisioned, hurting productivity.

TradeGlobal lost two of its top 10 customers during the quarter. The Limited, a U.S.-based women's apparel chain, filed for bankruptcy in January after facing financial difficulties and reducing business with TradeGlobal. Another key TradeGlobal customer started using internal resources for e-commerce freight operations.

SingPost warned Friday night that "there is a risk of significant impairment to TradeGlobal's carrying value" due to its worse-than-expected performance. "TradeGlobal has not achieved the underlying profit assumptions ... which supported the investment," said Mervyn Lim, covering group CEO, said in a teleconference Friday night. The subsidiary is expected to make a loss for the full year, Lim added.

SingPost's board will review all of the group's investments, and impairments will be "assessed based on the results of the full financial year ending in March 2017," the group said Friday. Jagged Peak, another U.S.-based e-commerce logistics company SingPost recently acquired, saw growth in revenue and operating profit, the group said.

Some analysts had eyed the possibility of a write-down for TradeGlobal. "We think impairment of goodwill for [TradeGlobal] could be in the cards, given aggressive growth assumptions," CIMB analyst Jessalynn Chen noted in a report last July after the TradeGlobal acquisition was completed.

The acquisition of the two U.S. companies made e-commerce-related revenue -- including logistics services for e-commerce orders -- an important part of SingPost's businesses, accounting for 50.3% of total revenue in the April-December 2016 period.

SingPost's revenue from the overall logistics business grew 5.6% on the year in the October-December quarter, but the segment's operating profit dropped 30.2% as costs related to the new Regional eCommerce Logistics Hub increased. Revenue from the postal business grew 2.9% thanks to higher parcel volumes from Alibaba Group, but operating profit declined 6.6% as domestic mail volume dropped.

Paul Coutts becomes SingPost's new CEO in June as the company struggles to integrate the operations. Coutts hails from the chief executive position at Toll Global Forwarding, a freight forwarding business under Toll Group of Australia.

The state-linked postal group had sought a leader for over a year since the sudden departure of former CEO Wolfgang Baier in December 2015. Baier, an ex-McKinsey employee, led the company's transformation into an e-commerce logistics player. SingPost spent most of 2016 reviewing its corporate governance practices after a series of issues arose following Baier's exit.