Fiber network is connected to over 76% of homes in Singapore 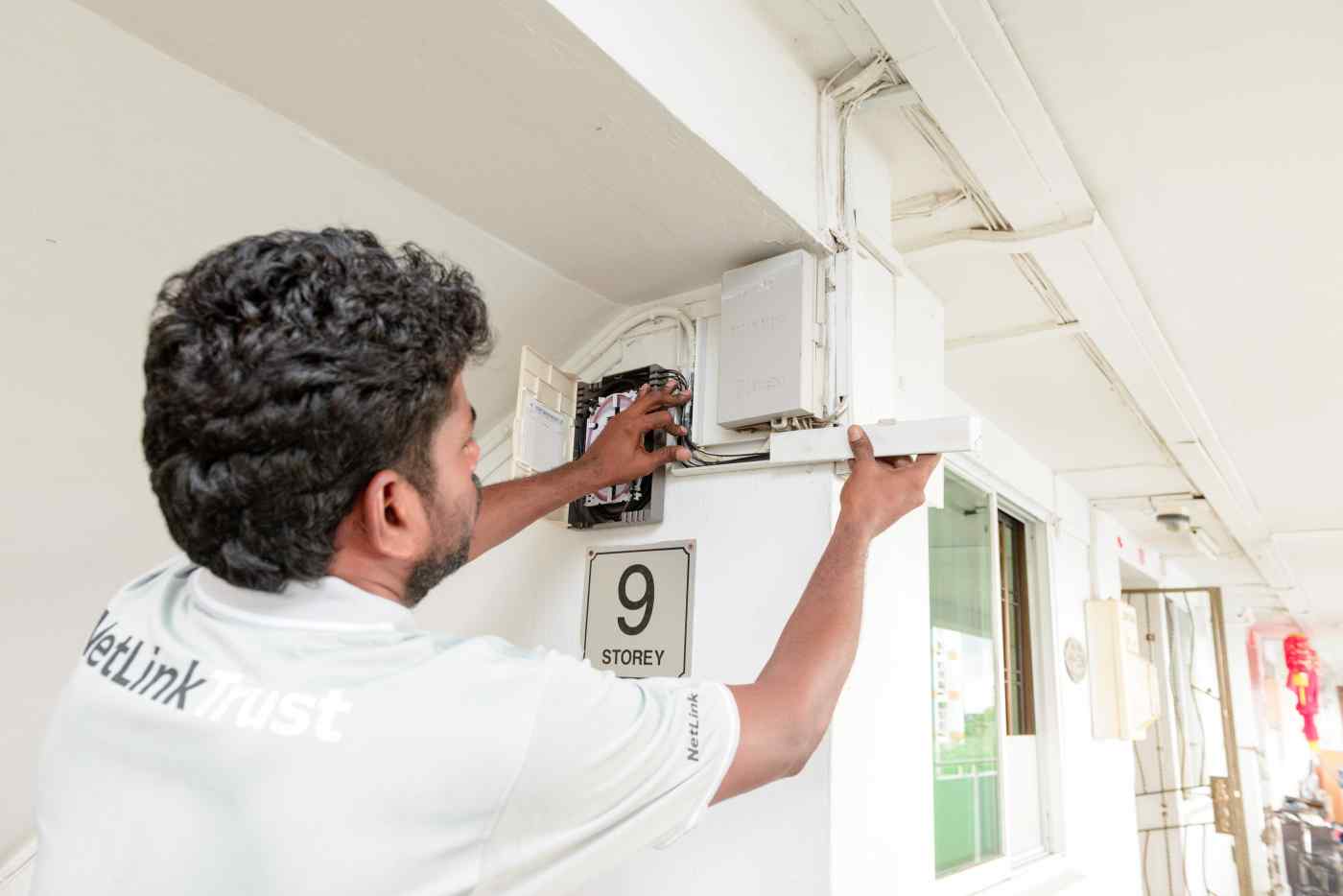 SINGAPORE -- NetLink NBN Trust, the broadband infrastructure unit of Singapore Telecommunications (SingTel), is raising 2.3 billion Singapore dollars ($1.7 billion) on the local stock exchange, in what will be the second-largest initial public offering in Asia this year, after that of South Korean online game developer Netmarble Games in May.

The offer by the business trust that owns Singapore's ultra-high-speed fiber broadband network is also the largest IPO on the Singapore Exchange since 2011. It is a "marquee transaction," an industry source said, that will light up the bourse's IPO scene, which has been lackluster in recent years.

The price, however, was set at a modest S$0.81 per unit, close to the lower end of the pre-set range of between S$0.80 and S$0.93 before it was marketed to institutional investors. The trust is selling 2.89 billion units, including 185 million units for public offer.

The bearish price setting is designed to achieve a positive share-price movement after the IPO, according to a source.

Asked whether he wished to have higher pricing, Tong Yew Heng, chief executive of NetLink NBN Management, the trustee-manager of the trust, said: "We have attracted a very diverse mix of high-quality institutional investors. The price is where we like it to be."

A total of S$150 million will be raised from retail investors. Demand for the remaining portion, allocated to institutional investors, was "more than two times" the amount being offered, according to a person familiar with the deal. The investors who participated in the placement consist of international asset management companies, insurance companies, private banking clients as well as sovereign wealth funds, the person said.

NetLink developed, owns and operates the 76,000km fiber network serving the city-state, under the government-led "Next Generation Nationwide Broadband Network" initiative. SingTel, the sole owner of NetLink before the IPO, was mandated by the government to sell down its ownership before April 2018, to ensure all market players have fair access to the network. SingTel's ownership of the unit after the IPO will be 24.99%.

The fiber network is connected to over 76% of homes in Singapore through various telecommunications operators. NetLink also has 31% of the nonresidential market share in the country. The manager of the trust expects that digitalization will drive future growth of the business.

The trust has projected an annualized distribution yield of 5.43% to investors in the shares for 2018. The public offer ends on July 17, and the trade on SGX will start on July 19.