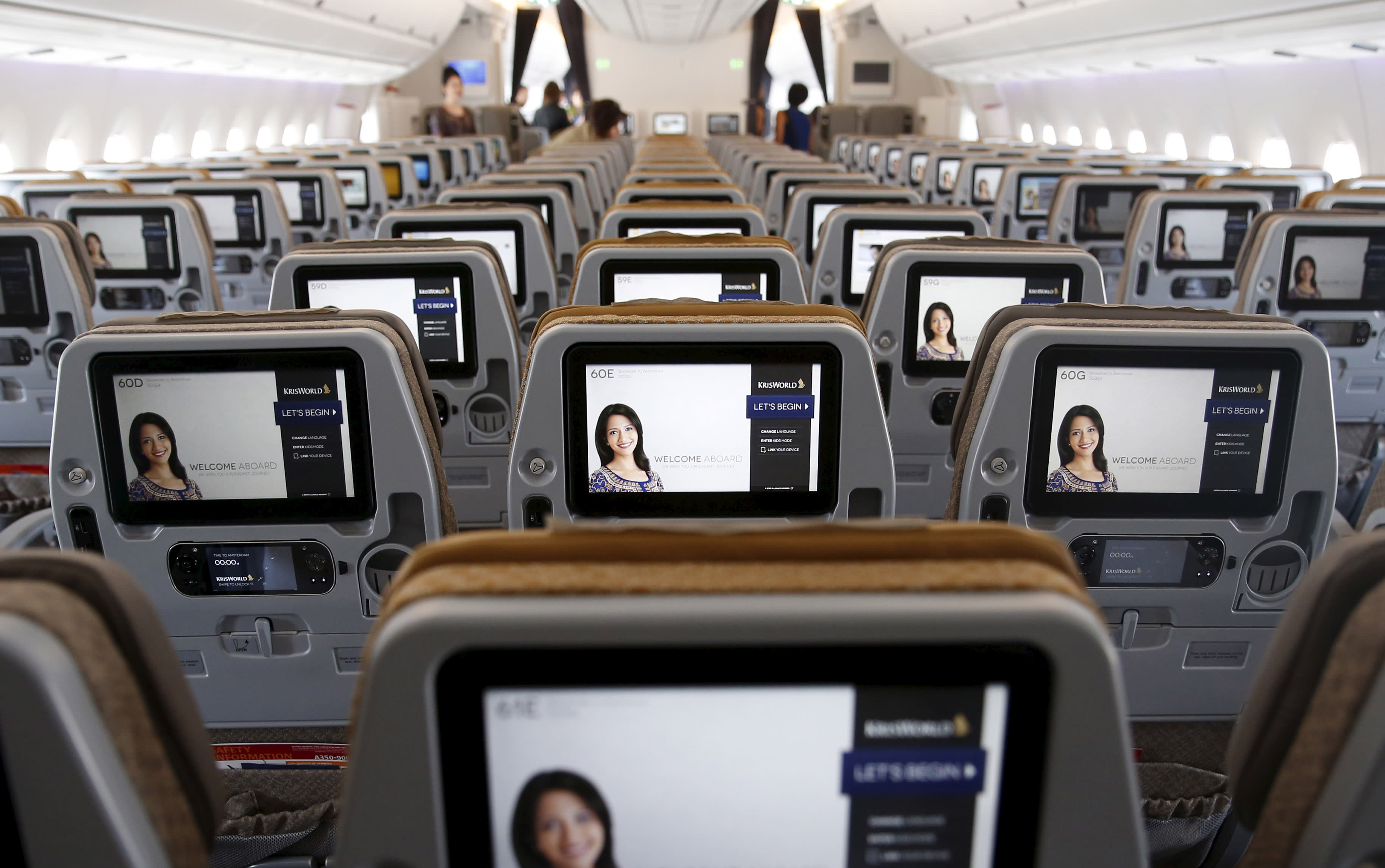 SINGAPORE -- Travelers on Singapore Airlines soon will have to pay to reserve their favorite aisle seat when purchasing a ticket in its lowest fare category.

In addition to advanced seat selection, Singapore Airlines will refine its policies on baggage weight limits and mileage points in order to differentiate the benefits.

Charging extra for advanced seat bookings is a common practice for low cost carriers, where such services including meals and in-flight movies are considered "frills" that require passengers to pay more.

Some frequent fliers and travelers with children will be given a waiver from certain new charges.

Singapore Airlines, like most full-service carriers, has been offering seat bookings at no extra charge across all fare segments, with some exceptions for high-demand seats. The carrier is adopting the new policy in an effort to increase revenue.

The new pricing structure will "provide clearer choices to customers to better fit different travel needs," Singapore Airlines said in a press release. Chief Executive Goh Choon Phong said in November that the company was working on a price restructuring in order "to be more nimble."

It remains unclear whether the latest measures will slow the slide in airline ticket prices. Despite a whopping 192% year-on-year increase in net profit for the July-September quarter, Singapore Airlines is still suffering from falling passenger yields, the revenue that an airline earns for carrying a passenger per kilometer.

"The new pricing strategy is aimed at maximizing passenger yield as well, but ultimately, whether the passenger yield rises or falls is dependent on the industry's demand and supply, and not Singapore Airlines alone," Png said. "Given that the capacity growth will be substantial next year, yields may still remain under pressure."

Friday's announcement is a part of a major restructuring effort by Singapore Airlines, dubbed "transformation program," which began in May in order to tackle increasing competition.

Singapore Airlines is reviewing its entire business process, including cutting costs, increasing its revenue sources and becoming more effective as an organization. Goh said in November that the program is expected to last three years and that about 60 projects are underway.