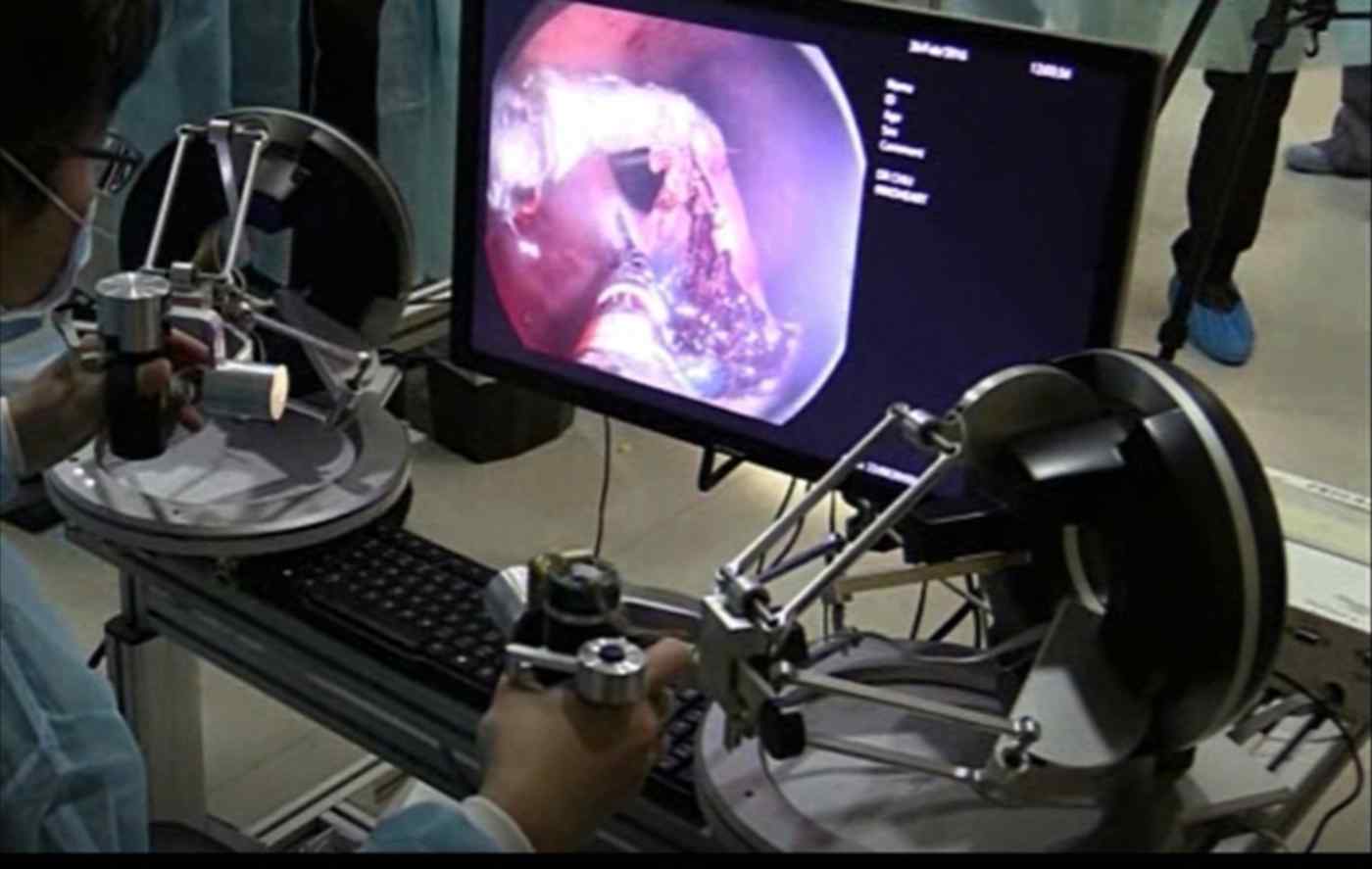 SINGAPORE -- A medical technology cluster is developing in Singapore, with a collection of startups creating products that could help advance patient care. While the medical technology field in Singapore is relatively new, there is no lack of innovation in the sector, from the world's first portable kidney dialysis machine to a robotic surgical arm that can be operated like a console game.

Local startups have been raising increasing amounts of capital, mainly from foreign investors, and linking with foreign companies and medical organizations in efforts to develop and bring their products to market. But high development costs and the lack of a breakthrough local success story could hold the sector back. 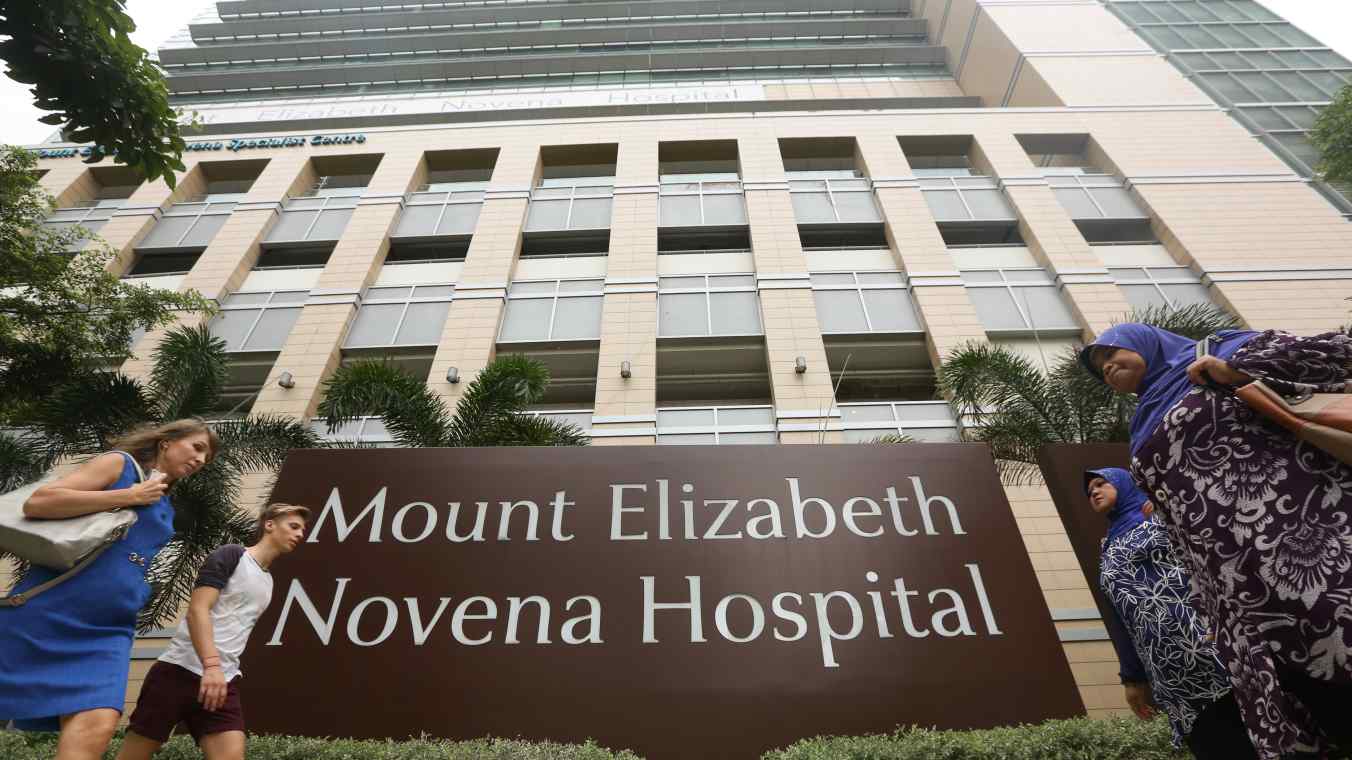 Clearbridge Biomedics is one of Singapore's new breed of medical technology startups. It is one of the early movers in the cancer diagnosis field of liquid biopsy, a non-invasive method of separating cancer cells from normal cells via a blood sample.

"The advantage of liquid biopsy is that it is less invasive," said Michael Paumen, chief executive of Clearbridge Biomedics. "The normal process usually starts off with a CT scan. Sometimes it is immediately clear from a CT scan that someone has cancer. It requires a follow-up analysis, typically a tissue biopsy. For example, if you had lung cancer, you would find a lesion in a lung and in order to obtain a tissue sample, someone will need to insert a needle to take a sample from that tissue."

Taking tissue samples is often painful for the patient and has a failure rate of 25% to 30%, Paumen said. While liquid biopsy is not expected to completely replace tissue biopsy, Paumen predicts that it will become standard practice for the new tests to be run alongside conventional methods in a few years. 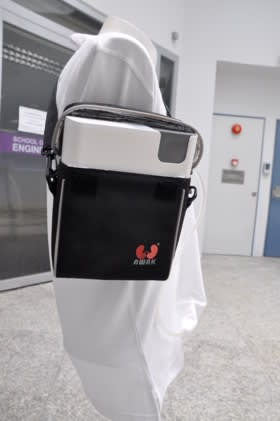 Awak Technologies' portable dialysis machine can be carried on a belt or in a bag. (Photo by Wong Yi Wei)

Clearbridge has obtained regulatory permission to run clinical trials in Europe, China and the U.S., in addition to its operations in Singapore. The startup has already partnered with the Beijing Genomics Institute, which is the leading genomics company operating in China, to gain access to China's liquid biopsy market. Beijing Genomics Institute will help Clearbridge distribute and market its machines in China, Hong Kong and Macau. The company has also signed research partnerships with the John Wayne Cancer Institute in the U.S. and the Institute of Cancer Research in the U.K.

"Singapore does a very good job to bring expert human resources into the country and foster the development of their own workforce here," said Paumen. "So there is what is needed to start a critical mass here, no question. The funding situation is fairly positive and favorable. At this point in time, we are pursuing further funding for our series C [financing round]."

Data from Crunchbase, an open data platform for startups, shows that Clearbridge raised 9 million Singapore dollars ($6.5 million) from its previous round in 2013, led by Vertex Ventures. Clearbridge has also grown from just five staff in 2009 to 30 today.

While the research sector is well funded, only a limited number of venture capitalist firms have an interest in medical startups. Some companies prefer to rely on international investment, which typically raises larger amounts.

Endomaster, which has developed a robotic arm for gastrointestinal surgery, raised one of the highest amounts for a medical startup in Singapore in its series B funding round in March, amounting to $14.6 million. Chief executive Goh Seow Ping credited overseas investors for the amount raised, pointing out that "only a handful" of local private investors are interested in medical technology.

"What the Singapore government is doing now is reducing regulations to allow for more international investors to enter the market," he said. The investors for the series B round were Japan's Hoya Corp. and Shanghai Runkun, a Chinese venture capital fund, Goh told the Nikkei Asian Review.

The company's robotic arm, which can be operated like a console game, is said to reduce surgery time from six hours to less than one, cut complication rates from 30% to 5%, and reduce hospital stays from nine days to less than one.

The use of the Endomaster robotic arm can be learned by a surgeon in a few days. Endomaster aims to launch its product in Europe by 2018 and has projected annual sales of S$100 million within five years of its launch.

While most startups in Singapore aim to conquer the international market, some are taking a more conservative approach, choosing to launch locally before taking a leap into overseas markets. Awak Technologies, a startup that pioneered a portable machine for peritoneal dialysis, is one. Peritoneal dialysis uses the peritoneum (a part of the abdomen) as a membrane to remove excessive fluid and body waste in the event of kidney failure.

Awak aims to launch the first portable peritoneal dialysis machine locally before considering other markets. "Awak will help Singapore to cope with the rapidly rising number of dialysis patients by taking the load off the dialysis centers and moving patients into home dialysis," said Jasmin Wong, general manager at Awak Technologies. The machine is portable enough to be worn on a belt or a bag and can be operated by the push of a button.

Accuron Medtech Group, which is backed by Singaporean government wealth fund Temasek Holdings, led a funding round for Awak totaling $11.2 million. The startup also has a presence in the Netherlands, having signed an alliance with the Dutch Kidney Foundation and Debiotech, a Swiss medical device developer, to launch a portable machine that allows patients to perform haemodialysis, a different form of home dialysis.

The kidney dialysis market is valued at $54 billion worldwide, according to Wong. Singapore has the highest rates of kidney failure in the world caused by diabetes. Wong said the burden of care is high, with each new dialysis center costing at least S$2 million to operate.

While these companies show promise, some investors are waiting for a true Singapore success story. Ong Jeong Shing, investment director of Venturecraft VC, a venture capital firm that has recently launched a S$50 million fund for medical technology, said the sector has had its ups and downs.

"It is maturing a little bit, but there needs to be fundamentals in place. First of all, [as a startup] you need to know that the market is not in Singapore. It is either in the U.S. or China. These are the biggest healthcare markets. We should learn from similar markets such as Israel and Taiwan. Right from day one, they know their country is not the right starting market, so they capitalize on their historical and cultural linkages with Israelis overseas. Similarly, Taiwan has historical and cultural linkages with China."

Ong said high entry barriers and the high cost of development can be prohibitive. A failed product trial is expensive. It costs between S$500,000 and S$1 million to fund another round of research trials and experiments.

While Singapore is strong in science, the industry needs more people who are able to transition projects from the research phase to the market, he said. For this to happen, Ong hopes that the medical technology industry will develop more local success stories, which he projects as happening after another generation or two of PhD students, more focused on getting products to market than their predecessors, have graduated.

To aid this process, the government is pledged to invest S$4 billion in the biomedical industry between 2015 and 2020. To this end, a number of accelerators have set up in Singapore, namely Zicom Medtacc, Clearbridge Ventures and Venturecraft VC. Aside from local accelerators, the government has also introduced internationally recognized incubators such as Israel-based Trendlines, which has partnered with B. Braun, a German medical company, to form Trendlines Medical Singapore, an incubator that will help local start-ups launch into the global market.

Trendlines has received a grant of S$2.2 million under the Incubator Development Program administered by SPRING Singapore, a government agency that deals with enterprise development. These accelerators will help nurture medical start-ups in different areas including product development, regulatory expertise and commercialization strategies.

"SPRING has a couple of equity and co-investing programs through the SPRING Seeds Capital [scheme]," said Celine Tan, head of biomedical sciences for the agency. "It used to be capped at S$1 million, with SPRING matching dollar-to-dollar, but now the cap has been raised to S$4 million in total."