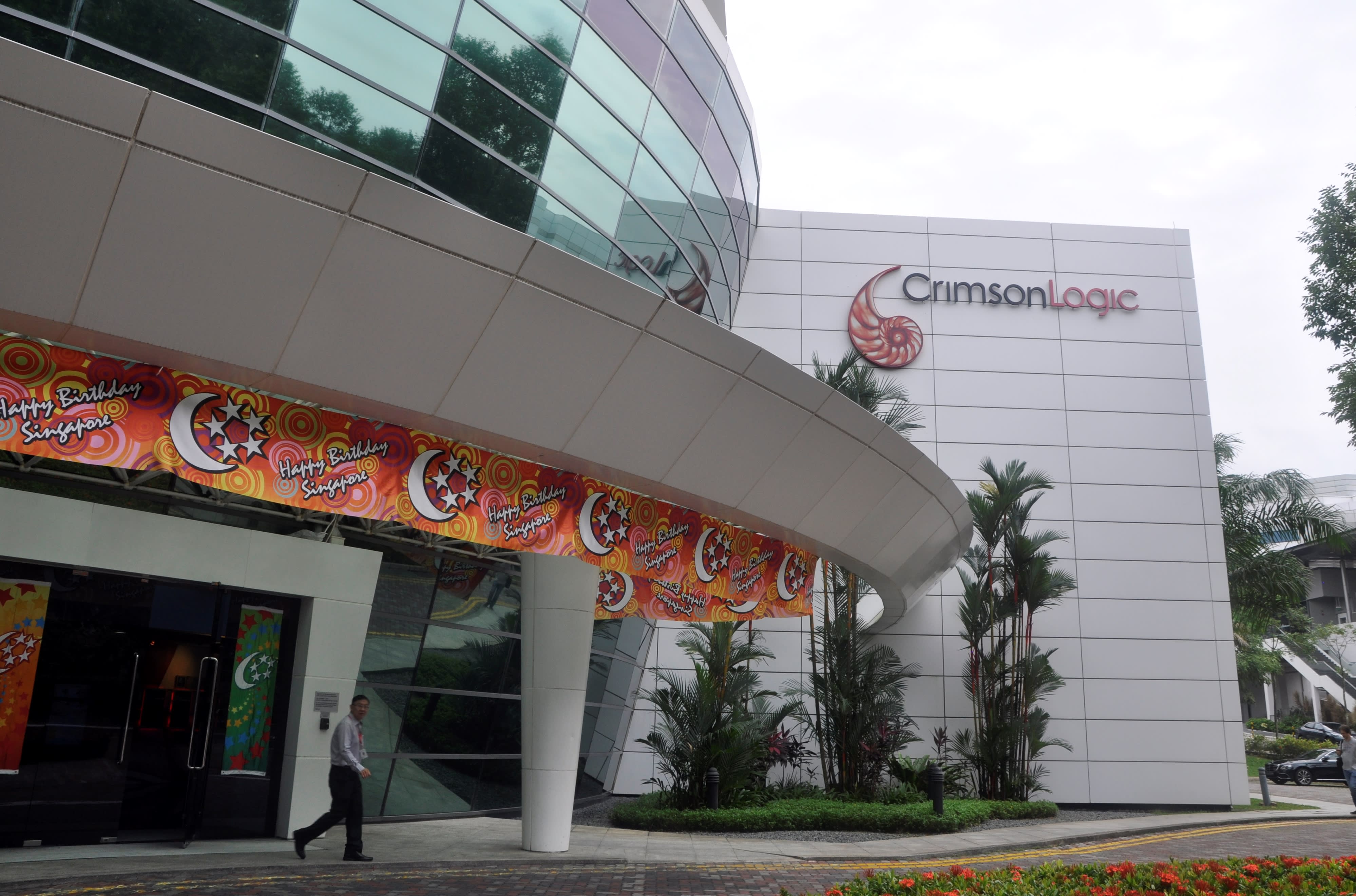 SINGAPORE -- Deprived of a Singapore government contract that accounted for a fifth of its turnover, state-controlled CrimsonLogic is refocusing on sales of its information technology services to governments in emerging markets, especially in Africa.

CrimsonLogic, established 30 years ago under the name Singapore Network Systems, is best known for TradeNet, a system that cuts the trade documentation process from 2-5 days to a few minutes by linking users to government agencies through a single electronic window.

It has also developed a filing system for Singapore courts, and operates SingPass, an electronic platform that gives residents access to government departments and services such as tax filings and state pension-related matters.

However, CrimsonLogic lost its TradeNet contract in March 2016 to Accenture's National Trade Platform, which will take over the service by the end of 2017. In a fiercely competitive local landscape for public service contracts CrimsonLogic's price of 172 million Singapore dollars ($126 million) bid was soundly beaten by Accenture's S$107.8 million offer.

Chief Executive Saw Ken Wye said in an interview that that losing the TradeNet business, which had accounted for 20% of the company's revenues, was "not a mortal blow." The group has been active overseas since 1994, when it entered a joint venture contract to provide single-window services in Mauritius, and now receives 55% of its revenues from other countries. CrimsonLogic chief executive Saw Ken Wye says the company is "in a phase of changing from one point to another." (Photo by Wong Yi Wei)

It recently won a contract in the Bahamas to provide e-government and trading services, and operates services for governments in Ghana, Kenya, Mozambique, Namibia, Tanzania, Rwanda and Mauritius -- all African member states of The Commonwealth, a global association of 52 countries, most of which, like Singapore, are former colonies of the U.K.

However, the company said its focus on emerging countries was expected to intensify. "We are in a phase of changing from one point to another," Saw said. "We started life with single window, running TradeNet Singapore. We have taken the experience and brought it into 17 countries worldwide."

Saw said he believed the Singapore model was particularly attractive to countries in Africa, where it was seen as efficient and transparent, adding that infrastructure and legal similarities made it easier for CrimsonLogic to set up in Commonwealth countries.

"In terms of legal framework, there actually tends to be more similarities than differences. For example, if the country is in the Commonwealth, it is all British law, historically," he said. "Customs frameworks, on the other hand, will be different. Other countries have different tariffs to deal with, but that is not difficult, you just have to figure out what are the differences, what are the regulations involving specific items."

Despite its successes in Commonwealth countries CrimsonLogic has not succeeded in establishing itself in other members of the 10-country Association of Southeast Asian Nations, which Singapore joined as a founder member in 1967. ASEAN includes three Commonwealth states -- Singapore, Brunei and Malaysia -- but CrimsonLogic is seen as an arm of the Singapore government, because of its ownership structure.

The government holds a 55% stake in the company through International Enterprise Singapore, the country's external trade arm. The remaining shares are split equally among state-controlled Singapore Telecommunications, the Port of Singapore Authority and the Civil Aviation Authority of Singapore.

"I think the problem with [other governments in] ASEAN is that they still see me as the Singapore government. Will the Malaysian government buy from a Singaporean entity?" Saw said, referring to CrimsonLogic.

The company said that International Enterprise Singapore has helped it to enter new markets, but insisted that all data is under the control of clients and is held in data centers in each country. However, Manjunath Bhat, research director at Gartner, an information technology research company, said that data protection was likely to remain a major issue for the group.

"Companies such as CrimsonLogic will have to address privacy concerns in the implementation of e-government services. As personal data such as individual phone numbers, property documents, medical records and employment history get digitized, the risk of becoming a target of accidental or malicious profiling and thus being denied certain privileges lies at the heart of all privacy concerns," Bhat said.

Company officials said that 2015 had been a tough year, with CrimsonLogic taking on a project that pushed it into the red. (The company declined to give details of the project, which involved government information.) CrimsonLogic reported a loss of S$14.4 million in 2015, followed by a net profit of just S$752,000 in 2016. Revenues fell from S$100.2 million in 2015 to S$96.1 million in 2016.

During 2015, the company sold a joint venture in China, and reduced a 50% stake in a joint venture partnership with Hong Kong-based Luxon Data to 15%. According to CrimsonLogic representatives, the 2016 turnaround followed a renewed focus on its products and services strategy.

Key deals in Bahamas and Qatar were signed that year, and much of the company's growth was attributed to the Latin America region, where revenues increased by nearly 30%. The company said it hoped to build on this momentum.

These products have been applied to CrimsonLogic's offerings in the digital government, judicial and trade sectors. The company also aims to develop a single-window system in the U.S that would allow customers to receive goods and services earlier. It already operates several trade compliance services in the U.S. that cut down the need for paperwork.

For now, however, CrimsonLogic's business remains heavily skewed toward governments, which account for 90% of revenues, with only 10% attributable to private sector business. Saw said he aims to grow revenues from the private sector to 30% of the total in three years, helped by the launch of Global e-Trade System (GeTS), a subsidiary that facilitates global trade using a single-window system to clear customs.

GeTS has a partnership with the Singapore Logistics Association, an industry organization, which can feed links with ASEAN freight forwarders to GeTS. Its establishment coincides with the launch of an ASEAN Economic Community in late 2015, intended to strengthen the regional grouping's position as a single market.

Akhmad Bayhaqi, a senior policy analyst for the Asia-Pacific Economic Cooperation grouping of 21 regional economies, said that ASEAN has made progress in the harmonization of trade systems. "While the progress has been okay, there are only limited documents that can be exchanged. For ASEAN, they at least have a clear legal infrastructure."

Saw said that the company had to diversify constantly and look for fresh sources of growth to thrive. "You can't be a one-trick pony," he said. "From a very early stage the company has looked to broaden its horizons, broaden its company portfolio."