Singapore's highly educated workforce has made it a hotbed for technology startups. Reuters / Kevin Lam

SINGAPORE -- Southeast Asia's rapidly expanding economies have made it a happy hunting ground for investment opportunities.

But for many developed countries, investing in the Association of Southeast Asian Nations has essentially come to mean investing in Singapore, according to research by the Japan External Trade Organization.

The country received 81% of U.S. investment in the entire ASEAN region for 2012 through 2016, and 85% of what the European Union poured into the bloc.

For European and American companies, the strength of Singapore's economy and its concentrated talent pool make it the logical choice for key operations in the region.

U.S. chipmaker Micron Technology plans to spend around $4 billion over the next few years to enhance production in the city-state and Airbus chose it for its first pilot training center in Southeast Asia, launched in 2016.

Singapore is also rapidly becoming a global hub for the development of artificial intelligence and other cutting-edge technologies. Unilever and PayPal have both launched co-working spaces for tech startups in the country.

Yet, Japan has directed just 6% of its investment into ASEAN to Singapore -- Indonesia accounted for 35% and Thailand for 32%.

That figure presents a slightly skewed picture, however. In 2016, Japanese telecommunications giant SoftBank Group received dividends worth more than 2 trillion yen ($18.2 billion) from a Singaporean subsidiary, pushing down Japan's net investment into the country.

Nevertheless, 44% of what Japan invests in ASEAN goes to the manufacturing sector, and it tends to be directed to setting up production or energy-related facilities.

In contrast, nearly half of Chinese investment into the region is in the real estate, financial and insurance sectors. While nobody can accurately tell which strategy will turn out most effective, it seems the Japanese approach fails to make the most of Singapore's unique advantages. 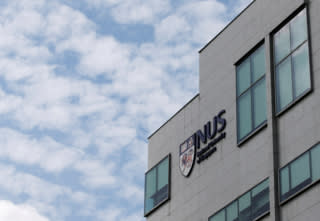 The National University of Singapore is one of several institutions attracting top talent to the city-state. REUTERS/Edgar Su

Singapore is home to a highly educated workforce, not least in terms of English-Chinese bilingual professionals. It also boasts world renowned educational institutions that can attract top talent from across the globe such as National University of Singapore.

As more and more money gets pumped into tech and innovation in the country, Singapore is only going to attract more talent and its advantages will be accentuated. That raises the question of whether countries that focus on investing in heavy industry elsewhere in the region could end up missing out.