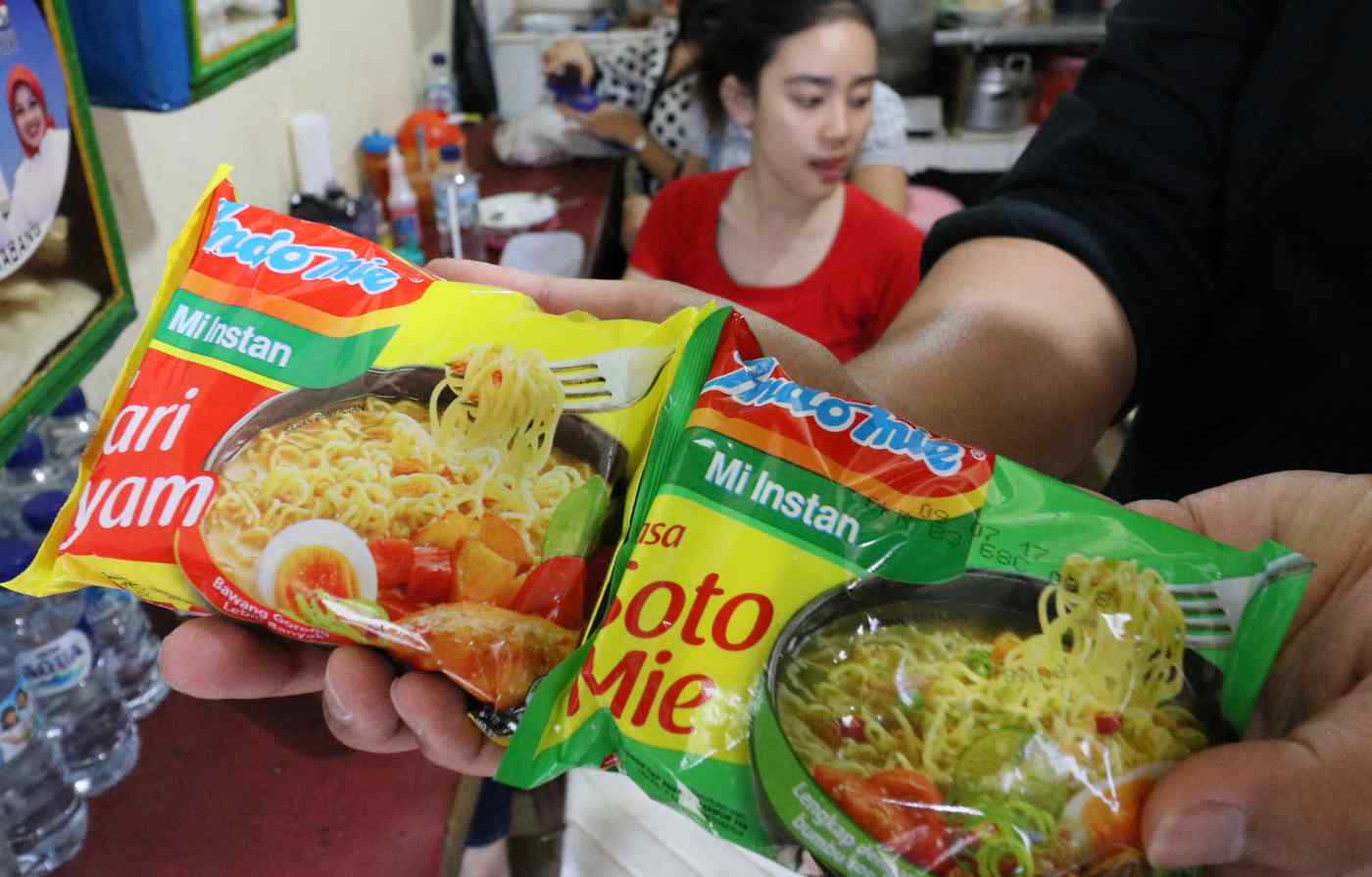 JAKARTA -- The top three Indonesian food producers reported lackluster earnings for the first nine months of the year, which some company executives have blamed on a "challenging" economic situation.

The outlook for 2018 isn't much better as rising competition is seen to continue to pressure prices. "The growth of the market will be more or less in line with the GDP growth," said Tevilyan Yudhistira Rusli, chief financial officer and finance director at Unilever Indonesia, one of the largest consumer goods conglomerate in the country. Indonesia is targeting a 5.4% rise in gross domestic product in 2018.

"Competition will continue -- from both local and international players," Rusli added.

Indonesia's largest food company and top instant noodle producer, Indofood Sukses Makmur, said its revenue increased by 6.5% year-on-year to 53.1 trillion rupiah ($3.9 billion) for January-September. But its net profit rose just 1.2% to 3.28 trillion rupiah. That is a stark contrast from a 40% profit growth it booked for the whole 2016.

"Market condition has not improved significantly in the third quarter," Indofood President and Chief Executive Anthoni Salim said in a statement on Tuesday. "Demand for fast-moving consumer goods remains subdued, while competition is increasing."

Unilever Indonesia similarly posted slowing growth. Sales for the January-September period rose just 3.7% to 31.2 trillion rupiah, as opposed to the nearly 10% growth it recorded in the same period of last year.

Food and refreshments, which makes up one-third of Unilever Indonesia's sales, had grown at double-digit rates every year between 2013 and 16 -- outpacing the growth of the company's core home and personal care division. But food and refreshment sales is now slowing, marking a rise of 7.1% in sales in January-September year-on-year. Home and personal care grew merely 2.1%.

He suggested that people's ability to spend had not decreased as consumer and business confidence were on the rise, as well as savings. "What's increasing is savings. So people have been saving their money at banks. If you analyze banks' data, their deposits are on the rise," Rusli said.

But Natalia Sutanto, analyst at Danareksa Sekuritas, said that she believed weak purchasing power was behind the "not exciting" performances of Indonesian consumer good companies. "Third quarter shows recovery, but it's still soft. Purchasing power is still soft," she said.

Rusli added that the sales of products aimed at middle-income consumers fell the most and that Unilever would continue to target people of all income levels to cope with the "challenging situation."

Charoen Pokphand Indonesia, the local unit of Thai conglomerate Charoen Pokphand Group, saw its net income slump 22% to 1.9 trillion rupiah despite a 33% increase in sales to 37.5 trillion rupiah. The company's financial report suggests that this was due to rising production costs. It did not provide explanations.