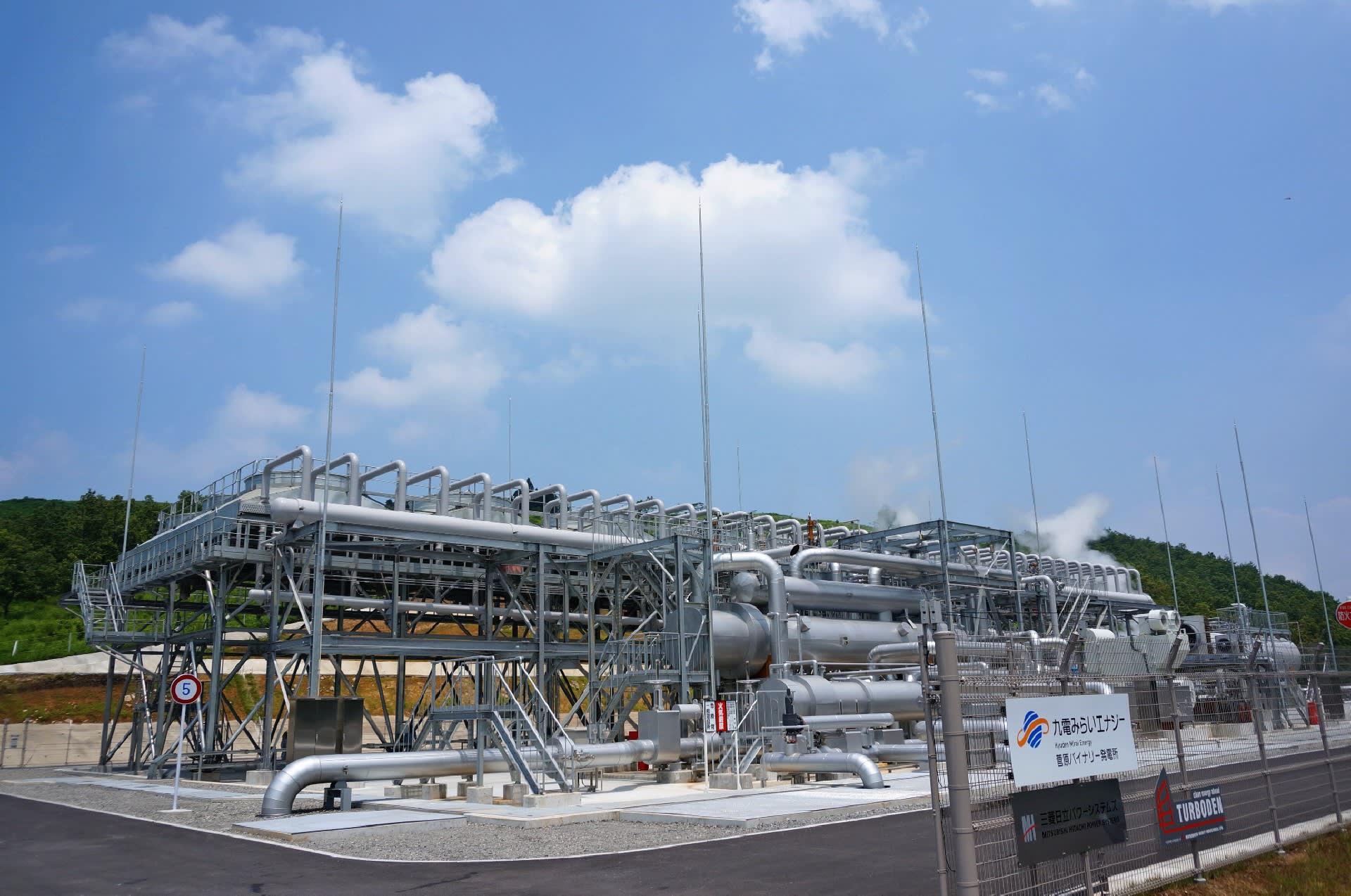 TOKYO -- Japanese companies are building small-scale geothermal power plants that can be completed in half the time needed for larger facilities, thanks to a more generous feed-in tariff that has made such projects more profitable.

A joint venture by JFE Engineering, Mitsui Oil Exploration, the government-backed Japan Oil, Gas and Metals National Corp., and Japan Metals & Chemicals will break ground on a roughly 7-megawatt geothermal plant in Iwate Prefecture next month. The facility, expected to cost 8.5 billion yen ($75.8 million), is slated to begin operation in 2018.

Unlike solar or wind, a geothermal plant's output is not dependent on the time of day or the vagaries of weather. Japan boasts the world's third-largest geothermal reserves at 23 gigawatts -- equivalent to the output of 23 nuclear reactors. Yet installed capacity totals just 500MW.

Profitability has been the main hurdle thus far. Until recently, companies could make money only with plants with output in the tens of megawatts, but such large facilities require time-consuming environmental impact studies. Assessment and construction can together take a decade or more.

The government in 2012 raised the feed-in tariff for small geothermal plants to more than one and a half times that for larger facilities. This has made it profitable to build plants with output below 7.5MW, which do not require environmental assessments.

Other companies are also taking advantage of the change.

Leasing company Orix will sign an agreement soon to build a 4.4MW plant on the island of Hachijojima, which has been seeking a partner to replace an aging Tokyo Electric Power Co. Holdings facility. Orix plans to invest about 5 billion yen in the project, aiming to bring the plant online around 2022.

The company has been surveying potential geothermal energy sites since the 2011 earthquake and tsunami. In addition to Hachijojima, its first finalized plan, Orix is considering 10 or so small-scale projects. It is eyeing total capacity of around 30MW.

Oil company Idemitsu Kosan will start up a 5MW facility in Oita Prefecture next month.

A consortium including Electric Power Development, or J-Power, is working on Japan's first large-scale geothermal plant in 23 years: a roughly 42MW facility in Akita Prefecture slated to go online in 2019. Other proposals for larger projects remain bogged down in environmental studies or other preparations.

The government aims to have renewable energy account for 22-24% of Japan's overall energy mix in 2030, up from 11% in 2013 and on a par with the projected 20-22% share for nuclear. Though solar and wind are the focus, the plan also calls for lifting geothermal's share from 0.3% to 1%. Geothermal energy can also contribute to the nation's energy security, since it requires no fuel.

Broader adoption of small-scale geothermal plants will require better technology for efficiently locating heat reservoirs, as well as efforts by plant builders to gauge the impact on the environment and get local residents' blessing.