Pakistan's major conglomerates -- the drivers of industry in the country -- are enjoying a fresh boost from the launch of the China Pakistan Economic Corridor and an uptick in the economy.

With operations ranging from finance to energy to infrastructure to automobiles, these groups are taking the opportunity to expand like never before, forming tie-ups with foreign companies, pursuing mergers and acquisitions and foraying into new areas.

Founded in 1948, Dawood Hercules is one of the largest conglomerates in Pakistan, doing business in everything from fertilizer to finance. Its group sales totaled 340 billion Pakistani rupees ($3.24 billion) in the fiscal 2015, up 25 times over the previous 13 years.

Of these sales, 184 billion rupees came from Engro, a core DH company with subsidiaries handling fertilizer, chemicals and food. Engro is involved in large coal mining and thermal power plant projects in Thar, near Pakistan's southeastern border with India, and it built Pakistan's first liquefied natural gas terminal, located in Port Qasim, in the suburbs of Karachi.

The development of coal mining in Thar is a major undertaking involving the entire DH group. The project has also been incorporated into the CPEC initiative. DH Chairman Hussain Dawood said the group has already built a 320-megawatt thermal power plant in Thar block 2 and plans to expand its capacity up to 5,000MW in the future.

In July 2016, group company Engro Foods formed a capital tie-up with Friesland Campina, a leading Dutch dairy company. "Campina will be able to bring technology and skill with 100 years of experiences," Dawood said, expressing his desire to shore up his group's dairy segment.

In June 2016, he met Jeffrey Immelt, CEO of General Electric, and agreed to form an engineering-based partnership covering a wide range of sectors, including fertilizer, chemicals, energy and electricity. "We signed an agreement to be GE representative for different companies and help them," Dawood said.

With a little help from Japan -- ARIF HABIB

The Arif Habib group has its eye on meeting Pakistan's growing demand for infrastructure and automobiles. 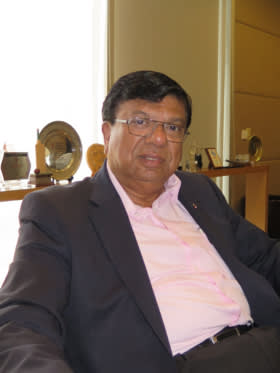 Most of the high-end steel plate used in cars and home appliances is still imported. "We are coping with needs from the automobile sector, and the demand will increase to 800,000 tons," Habib said. "We have requested Nippon Steel & Sumitomo Metal for technical assistance in that area," he added.

A wind power plant built by the Arif Habib group in the southern province of Sindh came on stream earlier this month. "We can expect big returns in the power sector, and the investors have much interest," the CEO said. Javedan, a leading real estate company affiliated with the group, started developing a new town on about 12 million sq. meters of land in the suburbs north of Karachi, where some 30,000 houses will be built. The company is also involved in the Dolmen City Project in Karachi, Pakistan's largest commercial complex.

On a roll with Honda -- ATLAS GROUP

The Atlas group, a joint-venture partner of Honda Motor, was established by former journalist Yusuf H. Shirazi, now the group's chairman, in 1962 with an initial capital of 500,000 Pakistani rupees ($4,470 at current rate). Atlas began producing Honda two-wheelers in 1963 and passenger cars in 1993. Over its history, Atlas has formed joint ventures with many other Japanese companies, including autoparts supplier Denso and battery maker GS Yuasa. The group's automobile business is in particularly good shape. Thanks to a popular new Civic model, its passenger car sales for July-December 2016 grew 50% on the year. Atlas now forecasts record car sales of 50,000 units in 2017. It also expects Honda motorcycle sales to top 1 million for the first time.

Atlas Insurance is the oldest insurance company in Pakistan, while Atlas Power is a joint venture with Germany's MAN Diesel & Turbo. Total turnover of the group's 16 companies is close to $3 billion in the current fiscal year.

Saquib H. Shirazi, CEO of Atlas Honda and the elder son of the group's chairman, is a graduate of Harvard Business School and previously worked at what is now Bank of Tokyo-Mitsubishi UFJ.

Saquib named automobiles, power, finance and consumer goods as four priority sectors for the group. "In the next five years, energy demand will be around 30,000 megawatts, and 50,000MW in the next 15 years." He sees a big opportunity in power because Pakistan "did not invest in the energy sector for the last 20 years."

As for the financial sector, he said, with "more cars, more factories, you need insurance. Growth rate in motor insurance is 25-30%."

A history of growth -- HOUSE OF HABIB

Many of Pakistan's conglomerates began to flourish after the country gained independence. House of Habib, by contrast, got its start much earlier. 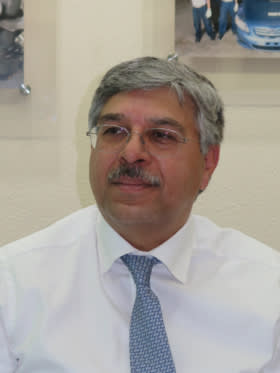 Founded in 1841 during the period of British colonial rule, the company moved its head office from Mumbai to Karachi at the request of M.A. Jinnah, the founder of Pakistan, following the country's independence from India. There, HoH played a key role in supporting the Pakistani economy when it was in its infancy.

Currently, the group has about 50,000 employees. It operates 18 companies doing business in finance, automobiles and parts, building materials, retail and energy. The group is also involved in running high schools, colleges and a university.

In the automobile segment, HoH group operates Indus Motor, a joint venture with Toyota Motor, and Agriauto Industries, a leading autoparts maker. Habib Metropolitan Bank, one of Pakistan's major banks, has about 300 branches in the country and handles 10% of Pakistan's trade finance.

Ali S. Habib, chairman of Indus Motor and HoH group's No. 2, said: "The penetration rate for auto loans is still only 22-25%, and there is a huge opportunity. We'd like to expand our bank branches to 500-600 in the next five years."

The group considers energy its most important sector. "We are studying opportunities in hydro power and renewable energy," Habib said. The group is also accelerating its development of coal mining and electricity in Thar, southeastern Pakistan.

He also pointed to the increase in consumer spending in Pakistan. "We want to look at the food sector. Confectionery and halal foods are two big opportunities," he said. 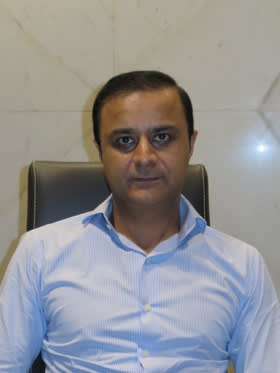 Founded in 1962, the group has been diversifying its operations since the 1980s and now operates 12 companies spanning the food, real estate and power sectors.

To meet growing cement demand for projects related to the China-Pakistan Economic Corridor, Lucky Cement plans to expand production capacity in Pakistan from the current 7.5 million tons per year to 11.5 million tons by early 2019. It will also start local production of passenger cars through a joint venture with South Korea's Kia Motors as early as the end of 2018.

The mainstay products of ICI Pakistan, bought by Yunus Brothers Group in 2012, are polyester fiber and soda ash, two materials expected to see huge demand growth in the future. The group has invested more than $250 million into the company since its acquisition.

Last year, ICI Pakistan agreed to set up a joint venture with Morinaga Milk Industry, counting on massive demand for infant formula in a country where more than 5 million babies are born every year.

"Increasing income will pick up demand for pharmaceuticals and health products," said Muhammad Ali Tabba, CEO of Lucky Cement and a member of the group's founding family. Tabba revealed that Yunus Brothers Group is in the process of acquiring a mainstay brand and related factory from Wyeth Pakistan, a group company of U.S. pharmaceutical giant Pfizer.