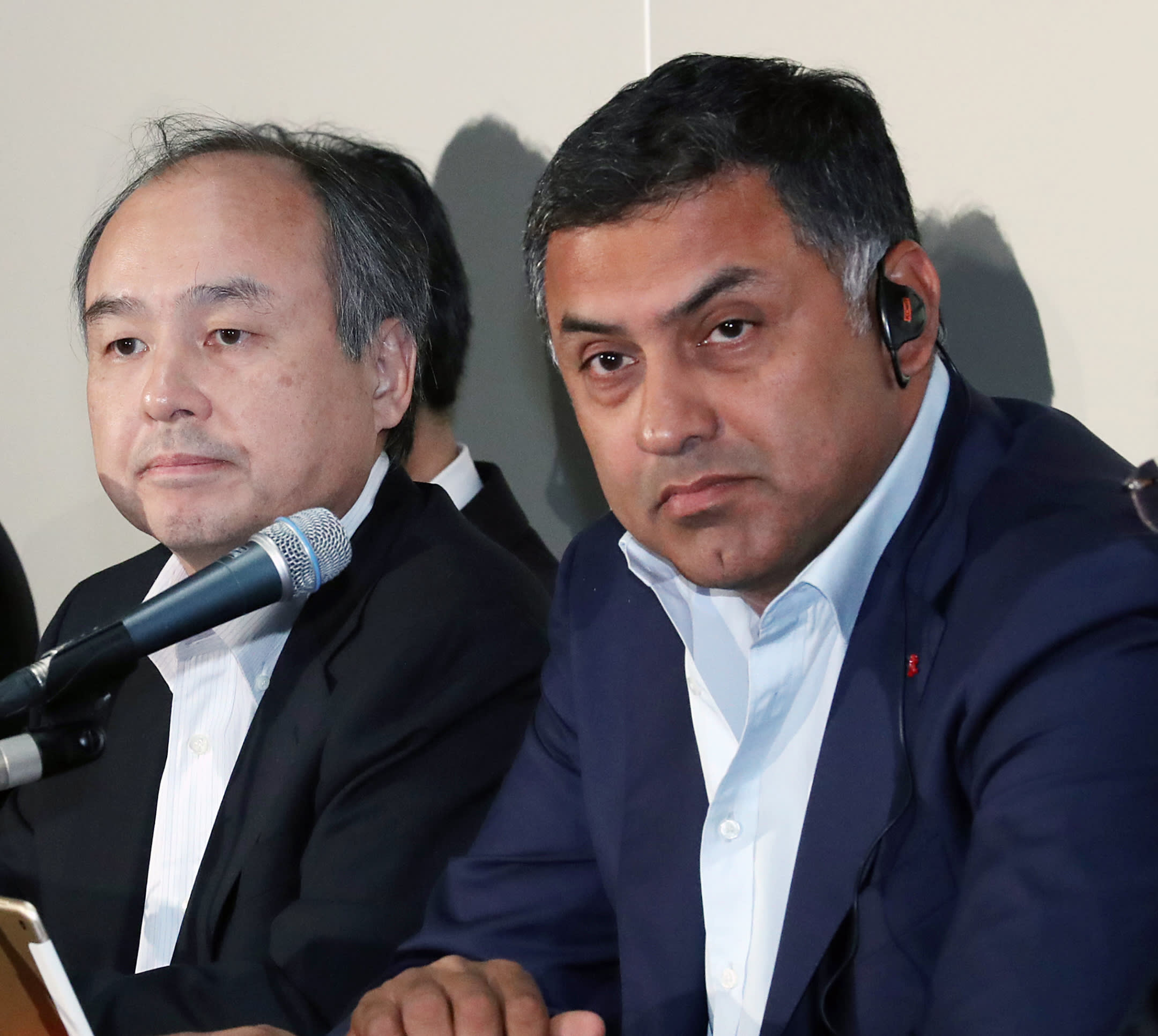 TOKYO -- SoftBank Group's Masayoshi Son is not quite ready to exit the stage, at least for another five to 10 years, and that is why his heir apparent has decided to seek a new path forward, the chairman told The Nikkei on Tuesday, explaining the latest leadership drama.

"I'm sorry, but I want to stay on a bit longer," Son told President Nikesh Arora at the beginning of June. He had poached Arora from Google in 2014 as his heir. Son was so eager to win him over that he frantically scribbled contract terms onto paper napkins at a restaurant where they had dined. But Son's decision to stay in the top role meant keeping Arora waiting on the sidelines.

When Son revealed his change of heart, SoftBank had already mailed out the agenda for Wednesday's shareholders meeting, including a vote on keeping Arora as representative director, president and chief operating officer.

"I can't keep someone like you waiting forever in front of the batter's box," Son apparently told Arora. The latter chose to take a new path when asked what he wanted to do.

Son will turn 60 next year in August, nearly three years after he recruited Arora. Son had said previously that he would leave the business to his successor in his 60s, and he "had planned to hand over the reins after my 60th birthday." But Son still had doubts as to whether he should retire as planned.

"I started wanting to stay a little longer," he said.

SoftBank has been on the defensive since 2014 due to struggling subsidiary Sprint. The company had acquired the U.S. mobile carrier the year before but was unable to merge it with a local competitor as planned. Sprint's turnaround consumed Son, but the wireless operator is finally looking up after over 1,000 cost-cutting measures.

"It wouldn't be honest of me to let go of the business while hiding the fact that I still want to stay on," Son said. "It's not good to hand over the company when I'm not emotionally ready. And I suddenly felt very lonely with just a year before I turn 60."

The SoftBank chief promised himself at age 24 that he would start an "information revolution." The world today is entering the age of the "internet of things," which could connect every aspect of our lives, and Son could not resist challenging himself on the new frontier.

Arora bestowed him with the necessary funds. The former Google executive brought a stone-cold analytical approach to SoftBank's investment business, which Son said was essentially just "my hobby until that point."

Son said he had "no specific plans" on how to spend that 2 trillion yen. "I could take on some more crazy investments and businesses," he said.

The company recently had a bitter experience, giving up on investing in ride-hailing app Uber. But "Team Nikesh," an army of investors Arora built in Silicon Valley and India, is already searching for the next big app.