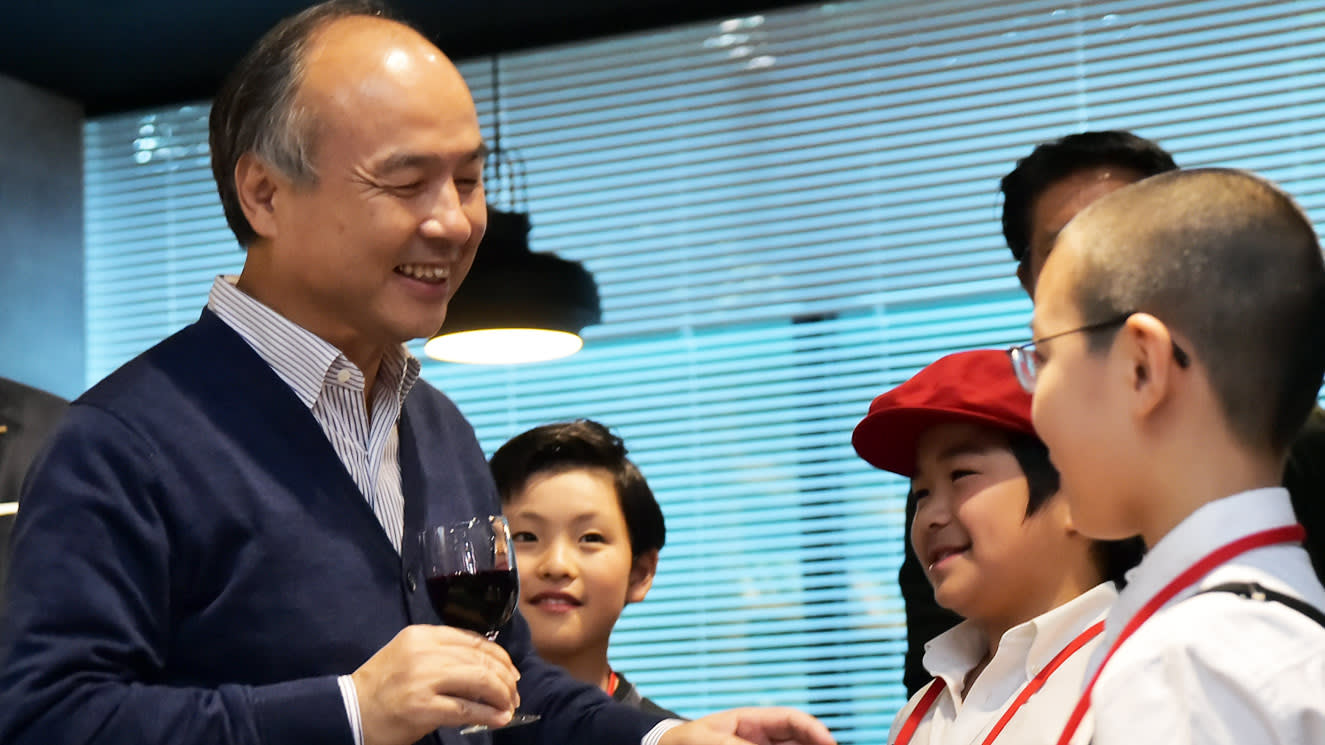 'I am jealous of your age,' Masayoshi Son told a young child he will be supporting.
TATSUYA YOKEI, Nikkei staff writerSeptember 6, 2017 00:00 JST | Japan
CopyCopied

TOKYO -- By day, Soto Yamauchi studies at Tokyo Gakugei University International Secondary School. Also by day, the 16-year-old is the CEO of a bitcoin company. He aspires to build a business empire that "surpasses" that of Masayoshi Son, the billionaire founder of SoftBank Group.

Son has big dreams for Yamauchi as well. The high-schooler is among 96 young people Son sees as having the potential to be mankind's leaders after "the singularity," a point in the future when technology accelerates at an exponential rate, and machine intelligence will be far more powerful than human intelligence.

Last December, Son used his own funds to establish the Masayoshi Son Foundation, which provides financial support and other benefits to those he believes have the qualities that tomorrow's leaders will need. In July, Son and his foundation chose the first batch of youngsters to take under its wing. Soto Yamauchi, right, is a bitcoin CEO. He is also a high school student. Haruna Katayama, left, will receive funding from the foundation to travel the world.

I met Yamauchi and three of his singularity 96 cohorts at Shibuya Cast, a complex that is home to numerous creators about 10 minutes by foot from Shibuya Station. Son has set aside a room here for use by his group of promising youths. It is equipped with a 3-D printer and other devices. Grab a coffee; it's there for the taking.

"I want to manage companies in various fields like him and create a global No. 1 company," he said. "I will surpass Son-san."

Yamauchi proved his intellect in 2012, when he was a sixth-grader. He had entered the International Ruby Programming Contest for Junior and Senior High School Students -- an award organised by seven organizations promoting the programming language Ruby -- and came away with the top prize in the 15 and younger category.

When he was in junior high, he was a startup's engineer. He later set up his own company, Walt.

Walt is run out of the salaryman-teeming district of Otemachi. It has 10 employees, some in their 40s. It promises to simplify the process of making payments, money transfers and other cash transactions. Because Yamauchi can travel between Walt and his school in Tokyo's Nerima Ward without having to change trains, he said, he can juggle his class and work schedules.

When Son was in his first year of high school, he went to the U.S. to study. At the age of 19, he vowed to start a business. So Yamauchi is actually kicking the younger Son's behind in the ambition game.

In fact, when he was Yamauchi's age, Son had merely been branded a "big talker."

Yamauchi is also fluent in English; he once accepted an invitation to speak at a British university. He gained his English fluency despite never having been out of Japan for an extended period of time.

Shinnosuke Chuman, 14, is a middle school student. He has developed an app, allergy, for those afflicted by food allergies. He suffers from an egg allergy himself. Shinnosuke Chuman developed an app for those afflicted by food allergies.

Chuman remembers feeling as though he failed to make it through the final screening process for inclusion in Son's group because none of the selection committee members spoke to him at the outset of his interview.

When he returned to his seat in the back row, Son told him "a person's weakness can be turned into a strength."

His innocent face belies a long list of accomplishments: In 2015, when he was still an elementary school pupil, he won a programming contest put on by Japan's Minister of Economy, Trade and Industry for under 22 year olds. That same year, he claimed the top prize at a contest called the Teens Apps Awards. Last year, he took home the BCN IT Junior Award, an award that celebrates the accomplishments of youngsters studying information technology.

Although Chuman's initial dream was to become an astronaut, he now wants to study digital technologies in Singapore, with support from the foundation.

Haruna Katayama, an 18-year-old from the northern-most prefecture of Hokkaido says "I plan to travel the next four years through the U.S., Europe, Asia and Latin America." She is set to enter Minerva Schools at KGI, a university in San Francisco, which sends its students to South Korea, India, Germany, Argentina, the U.K. and Taiwan for six months each. Katayama has also received scholarship from a foundation run by Fast Retailing chief Tadashi Yanai.

I also talked to Tomoyuki Mikami, 24, who specializes in biology at the University of Tokyo's Graduate School. While a student at the super elite La Salle High School in Kagoshima, Mikami twice participated in the International Biology Olympiad, at which students from around the world compete on their knowledge of biology. He won a silver medal both times. 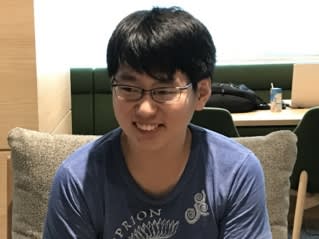 "Although I do not presently have the desire to start a business or study abroad," Mikami said, "I applied for the foundation project because I want to interact with people who are different from me."

It is said that Japan produces far fewer global leaders than other nations. So Son decided to see if he could change the situation. He hopes the foundation cracks open Japan's one-size-fits-all education system and exposes other institutional problems that impede the country's prodigies.

Son -- who has rubbed elbows with Bill Gates of Microsoft, Steve Jobs of Apple and other exceptional entrepreneurs who helped create new markets -- has long lamented that Japan fails to develop business leaders who can outperform their global peers.

The foundation began its search for sharp intellects by asking schools for introductions to especially bright students, foundation Director Yasuyuki Genda said. Although most of the 96 are Japanese, anyone is eligible. How Japan's PM could use Son's 'soft power'

Prospective candidates were also solicited via the internet and other means. About 1,100 people applied. Only 110 progressed to the final screening, getting there on the strength of their application documents, interviews and academic skills.

But the 96 who passed their final interviews are still on trial, so to speak. They will be "associate members" for one year. After that, they will undergo another screening and, if they pass, will receive assistance for four years as regular members. After their four years are up, they can be granted extensions until they reach the age of 28. At the moment, the foundation's youngest member is 8.

How much assistance will be handed out will be determined on a case by case basis through talks with each recipient.

In return, Genda said Son and SoftBank "will not expect anything." The only hope is to "nurture human resources who will excel in society and change the world." 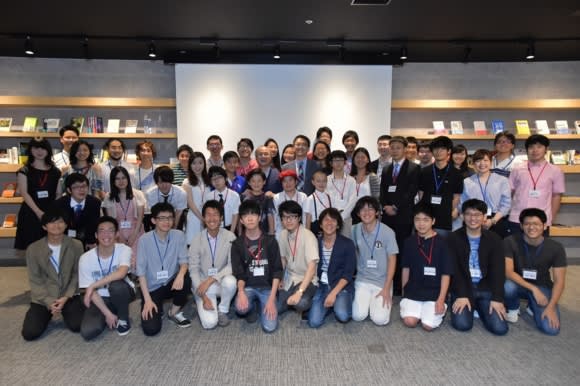 The bright young students who will be receiving funding from the Masayoshi Son Foundation.

What Son is seeking

Son, 60, is one of Japan's few billionaire businessmen. SoftBank Group's market cap is approaching 10 trillion yen ($91.4 billion). But he yearns for youth.

"I am jealous of your age. I want to go back in time to the days when I was your age again."

During the final screening, Son repeatedly told a 9-year-old candidate that "I am jealous of your age. I want to go back in time to the days when I was your age again."

He remains unsatisfied with his life. At the company's financial results briefing on Aug. 7, Son was asked to give himself a score. He judged himself to be a 28 out of 100, but added, "the future is bright."

At his age, though, one of his biggest challenges will be recruiting and grooming a potential successor.

Son has publicly proclaimed that he will certainly nurture a successor, then pass the baton on to the executive before he turns 70.

The prerequisites Son most seeks in a successor are an understanding of global business and knowledge of technology and finance.

Yamauchi chuckled at one point while I was talking to him in Shibuya. "I wonder," he asked, "if Son wants to [use the foundation to] create a clone of himself?"