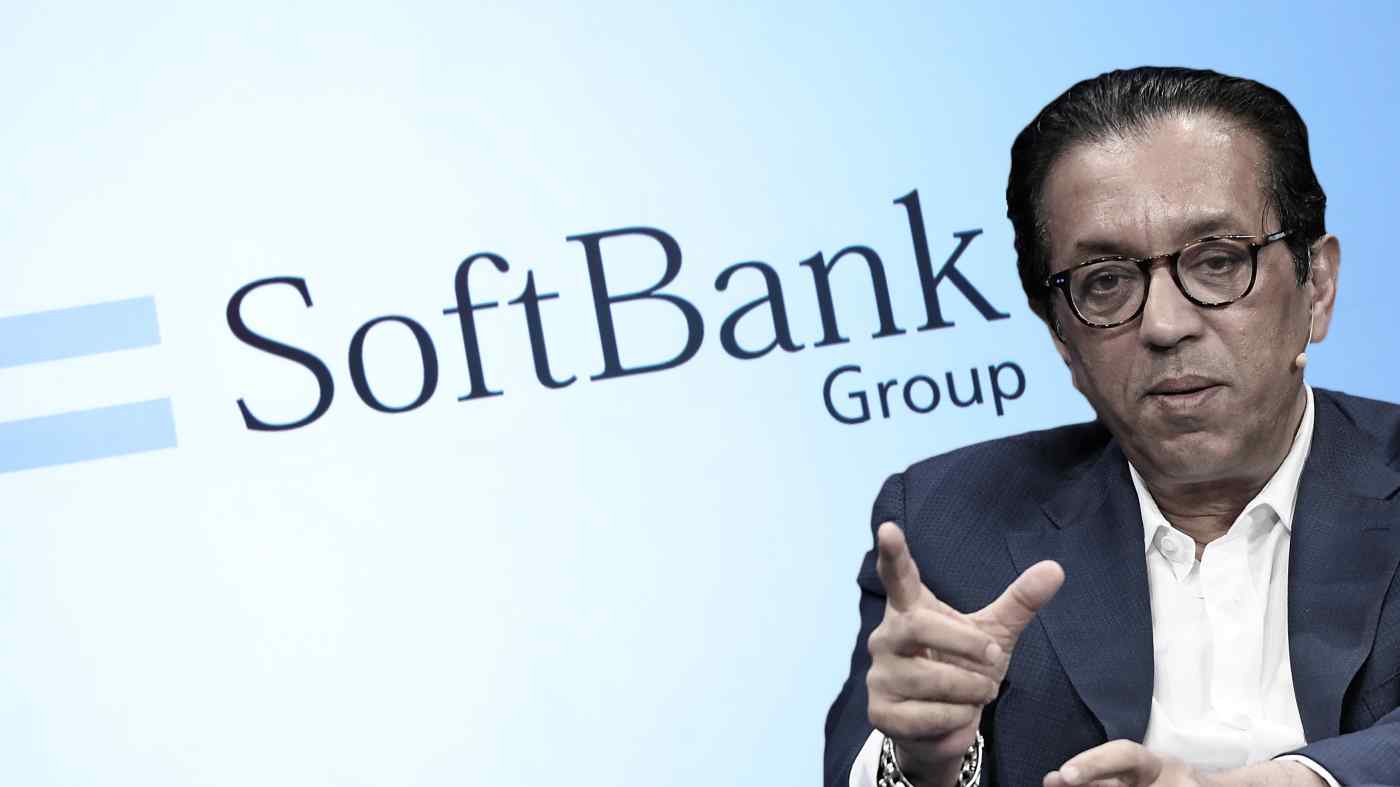 TOKYO -- The CEO of SoftBank Group's Vision Fund, Rajeev Misra, more than doubled his pay for the year ended March, despite the investment fund having lost $17 billion over the period.

Misra, who is also a member of SoftBank's board, will receive 1.6 billion yen ($14.9 million) in pay and benefits, the Japanese technology group said in a notice to shareholders on Friday. That is more than double the 752 million yen he received the previous year.

The decision to grant Misra a large pay raise will likely stir controversy at the company's shareholders meeting on June 25. This year, SoftBank is asking shareholders to participate via livestreaming, instead of coming to a venue, to prevent the spread of COVID-19.

Misra was tapped by Masayoshi Son, SoftBank's chairman and CEO, three years ago to head the nearly $100 billion Vision Fund, which Son had positioned as the group's new core business. But its portfolio has been hit hard by the coronavirus pandemic, causing its internal rate of return, a key measure of performance, to swing to minus 1%, even after including a 7% bond-like payment that outside investors receive as part of their commitment to the fund.

Misra also held 4.7 million SoftBank shares, according to the notice. The Vision Fund had 474 employees, up from 297 a year ago.

The compensation makes Misra the second highest-paid SoftBank board member after Marcelo Claure, former chairman of U.S. telecom company Sprint, who is now executive chairman of WeWork, the U.S. coworking office space company that SoftBank has a stake in. Claure will receive 2.1 billion yen, up from 1.8 billion a year ago.

Son will receive 209 million yen, down slightly from a year ago.

In total, SoftBank listed six board members with pay over 100 million yen, who will receive a total of 6.4 billion yen. That was down from seven members for the previous year, who received 9.3 billion yen, with Simon Segars, CEO of U.K. chip designer Arim, excluded from this year's list.

The continued payouts cement SoftBank's position as the company with the most generous pay packages in Japan, a country known for frowning on the outsize bonuses paid to executives of large Western companies.

SoftBank dominated last year's list of the highest paid executives at Japanese companies, accounting for five of the top 10 slots. Son has previously defended SoftBank's pay structure as in line with Western standards, arguing his company must compete for top global talent.

SoftBank posted a 961 billion yen net loss for the year ended in March, its biggest loss ever, as the coronavirus outbreak dented the value of its investments. Market fears caused a sharp decline in its stock and bond prices in March, prompting Son to unveil a planned 4.5 trillion yen asset sale to buy back shares and cut debt.

The sale includes part of its stake in Alibaba Group Holding, which accounts for about half the value of SoftBank's investment portfolio.

SoftBank's shareholder notice also revealed the company has 1.38 trillion yen in loans from Mizuho Bank as of March, more than double the previous year's figure.