JP Morgan jumps to SoftBank's No. 2 lender with $7.5bn in loans

JPMorgan Chase jumped to second place from sixth a year earlier, with outstanding loans more than tripling to 829.3 billion yen ($7.53 billion) as of the end of March, according to information in the notice of SoftBank's annual shareholders meeting next week. BNP Paribas and Goldman Sachs -- neither of which placed within the top 10 at the end of fiscal 2019 -- ranked third and fourth respectively.

In contrast, Japanese banks faded in prominence on the list. While Mizuho Bank, SoftBank's main lender, remained at the top, outstanding loans fell 7% to 850 billion yen. Sumitomo Mitsui Banking Corp. slid from second place to fifth with a 28% drop, while Mitsubishi UFJ Financial Group slipped from third to eighth.

All three megabanks declined to comment on their lending to SoftBank, as did JPMorgan Chase and Goldman Sachs.

The lending reshuffling followed SoftBank's March 2020 announcement that it would sell or monetize 4.5 trillion yen in assets, with 2 trillion yen to be used for debt repayments and the remainder for share buybacks. The company has leveraged its stakes in both wireless affiliate SoftBank Corp. and Alibaba to raise capital, each through share sales and by using them as collateral for loans. 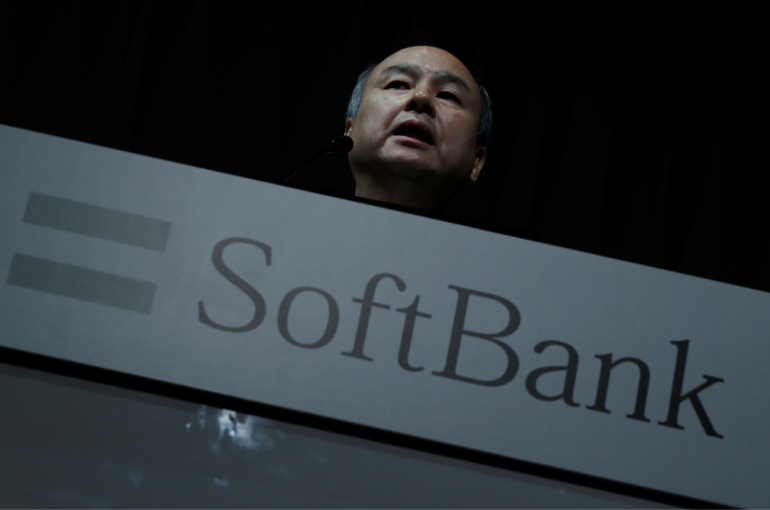 Foreign financial institutions have a more established track record when it comes to stock-backed lending than Japanese lenders, which typically prefer real estate as collateral and are not as well-versed in handling loans backed by assets like equities that have more price volatility.

SoftBank's asset management subsidiary launched last year had about 1.8 trillion yen in outstanding borrowing at the end of fiscal 2020, much of which was likely provided by overseas banks.

Nevertheless, for SoftBank Group as a whole, "the three megabanks are still our top lenders when committed lines of credit and the like are included," Chief Financial Officer Yoshimitsu Goto said. SoftBank's disclosures do not cover committed credit lines.

Some market watchers argue that SoftBank's expansion can no longer be supported by domestic banks alone. Lending to SoftBank as a percentage of tier one capital has risen at four major Japanese banks, surpassing 10% at Mizuho as of fiscal year-end. Regulations typically limit the amount of unsecured loans that a bank can provide to a given corporate group.

Amid SoftBank's pivot to being an investment house, MUFG and partner Morgan Stanley are said to be particularly cautious about lending to the tech giant, industry insiders said. And while Mizuho and SMBC have maintained their close ties to SoftBank, signs have emerged that they are reaching the limits of the risks they can take on a single company.

SoftBank's changing structure is part of the issue, an executive at a Japanese bank said. SoftBank Corp. -- previously a core unit and a source of steady cash flow -- was publicly listed in 2018, and SoftBank Group now owns only about 40% of the mobile carrier. With the shift in focus to investment being an inherently riskier business, Japanese banks say it has become more difficult to gauge the group's creditworthiness.

Meanwhile, SoftBank has been reducing its reliance on banks while raising more money from markets. Bank loans make up about 9% of SoftBank Group's interest-bearing debt on a nonconsolidated basis, while bonds constitute nearly 40%. Foreign financial institutions may also be aiming to give their stock and bond underwriting operations a boost by ramping up financing for SoftBank.

As the conglomerate puts more of its capital base to work in its investment business, the gap in views held by American and Japanese institutions on the risks of lending to the company could widen further.