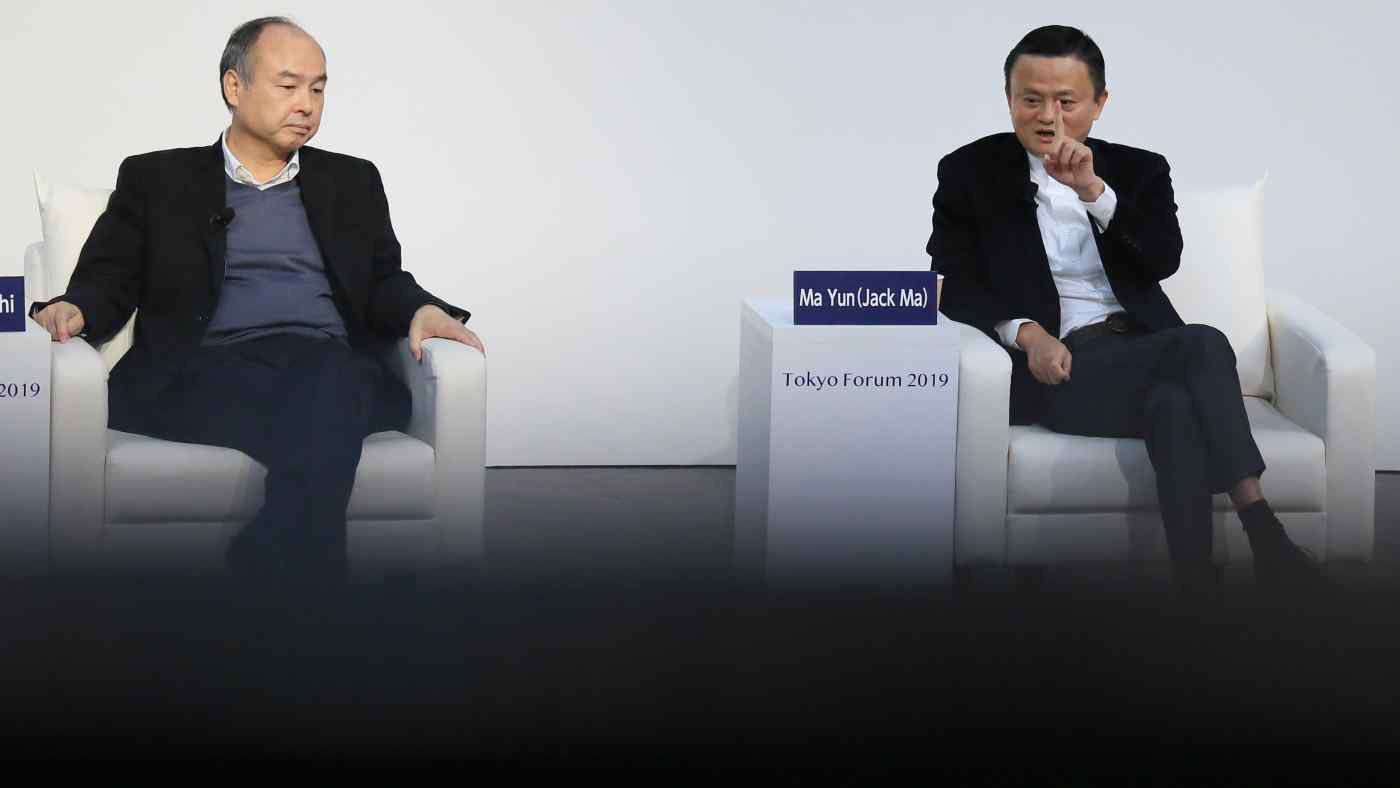 TOKYO -- SoftBank Group is ending an era of close involvement with Jack Ma, saying on Monday that the Alibaba Group Holding co-founder would leave its board after 13 years.

Softbank also named three new directors, two of whom are independent, amid calls from an activist investor to boost shareholder returns and strengthen corporate governance.

SoftBank founder and chairman Masayoshi Son's bet on Ma's startup in 2000 became known as one of the most successful deals in history. Alibaba went on to become one of the world's largest companies with a market capitalization of $546 billion. SoftBank still holds about 25% of the company.

Ma, who joined SoftBank's board in 2007, retired from Alibaba last year. SoftBank said the decision to leave its board was his request.

The announcements come ahead of Softbank's annual earnings conference on Monday, when Son will try to persuade investors that his company's giant investment fund can bounce back from a 1.8 trillion yen ($16.7 billion) annual loss that dragged the technology conglomerate to its worst-ever result.

The move also comes at a time when U.S. hedge fund Elliott Management, which bought a stake in SoftBank, has called calls for more buybacks by selling assets. Son has defended his decision to hold on to Alibaba shares based on the Chinese group's rapid growth.

The latter two are independent, and Kawamoto will be the sole female board member. The candidates will be voted for at SoftBank's annual shareholders meeting, which is scheduled for June 25.

SoftBank also announced a 500 billion yen share buyback as part of its 4.5 trillion yen asset sale program announced in March. At that time, SoftBank said it would buy back up to 2 trillion yen worth of shares, in addition to a 500 billion yen buyback it had already announced. The deal announced Monday targets up to 135 million shares, or 6.7% of its outstanding shares, and will last from Monday until March 2021.

How Son plans to revive the fortunes of SoftBank's Vision Fund, its $100bn tech investment unit, will be closely watched when SoftBank on Monday announces earnings for the fiscal year ended March.

New funding deals and initial public offerings are drying up around the world amid the economic uncertainties brought on by the coronavirus pandemic. That is a major headwind for the Vision Fund, which had expected many of its investments to go public soon.

"Most companies that had planned to exit in the near term, whether through acquisition or IPO, are likely changing or delaying their plans," wrote KPMG partner Conor Moore in a recent report on venture funding trends. "VC investors might need to use their dry powder to shore up companies so they have the resources to maintain operations until the economy rebounds."

Signs that companies are relying on the Vision Fund for more capital are emerging. Chehaoduo, which operates an online marketplace for used cars in China, said earlier this month that it raised $200 million from the Vision Fund and Sequoia Capital's China fund. It said the funding was an extension to a $1.5 billion investment by the Vision Fund announced more than a year ago.

The new capital will be partly used to achieve "cost control and revenue enhancement," Chehaoduo said.

SoftBank has already warned that Vision Fund investment losses, a separate loss on U.S. co-working space provider WeWork and other factors will result in a 900 billion yen ($8.3 billion) net loss -- the largest in the company's history -- compared to a 1.37 trillion yen profit for the previous year.

Chehaoduo, which Chinese media have reported is valued at over $9 billion, is just one of some 80 companies backed by Vision Fund that has yet to go public. Many were dealt a setback after WeWork, one of SoftBank's most high-profile investments, canceled its IPO last year. The deteriorating business environment caused by the coronavirus outbreak added to the challenges.

For SoftBank investors, part of the concern stems from the Vision Fund's unique structure. Venture capital funds typically spend years waiting for their investments to grow before cashing out from an IPO or selling to another company. The Vision Fund, on the other hand, pays a fixed 7% distribution to outside investors every year, requiring them to generate cash constantly.

Skeptics say the model makes it difficult for the Vision Fund to wait and see when the market turns sour.

The lingering uncertainty surrounding the Vision Fund has cast a shadow on Son's efforts to shore up confidence.

The group defied skeptics by completing the merger of its U.S. carrier, Sprint, with rival T-Mobile on April 1. Its stock price has rebounded nearly 70% from its low in March but still underperforms the Nasdaq index, the U.S. benchmark for tech stocks, since the start of this year.

SoftBank's stakes in Alibaba and T-Mobile alone are worth more than $150 billion -- compared with Softbank's own market capitalization of 9.5 trillion yen ($89 billion).

Son is SoftBank's largest investor with a stake of around 27%.