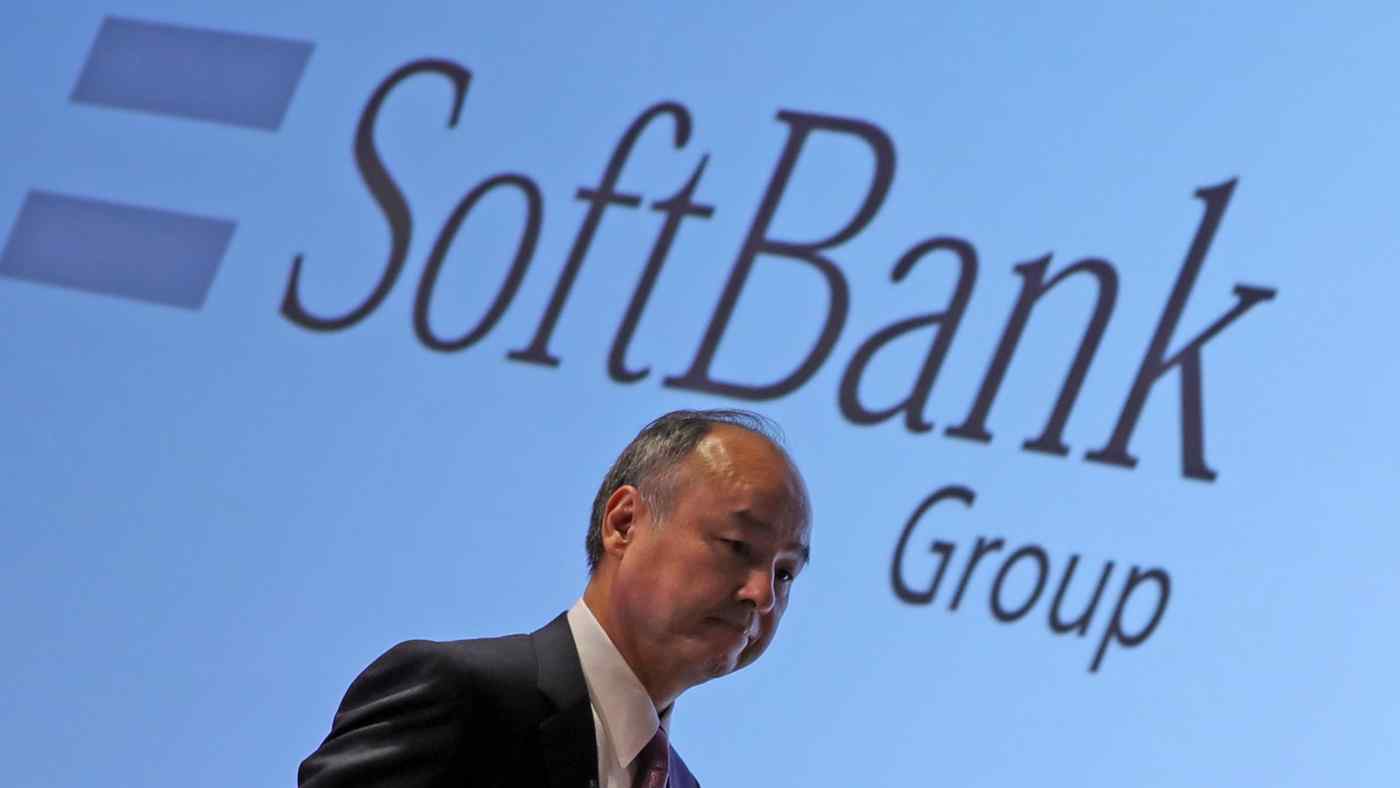 TOKYO -- Shares in SoftBank Group opened lower in Tokyo on Tuesday after the Japanese tech group said it expected to book its biggest ever annual loss, sparked by a reduction of 1.8 trillion yen ($16.7 billion) in the value of its investments at its $100 billion Vision Fund,

The steep loss at the fund follows a troubled year when the near-collapse of the WeWork shared office space business, one of the fund's highest-profile investments, cast a shadow over Softbank and its CEO, Masayoshi Son.

The losses announced Monday in effect wipe out the gains that the Vision Fund , the world's largest vehicle for tech startups, had been building up since its launch in 2017, and likely put its investments at a net negative.

The fund, which counts sovereign wealth funds of Saudi Arabia and United Arab Emirates as investors, had stakes in 88 enterprises as of December, including WeWork, ride-hailing company Uber Technologies and Chinese short-video-app owner ByteDance.

Son's plans to launch the Vision Fund 2 will be frozen. The sequel technology investment fund had already faced more trouble raising capital than the first after the WeWork flop, and SoftBank had signaled that it would invest its own money. Its strategy of riding the Vision Funds' coattails for growth now heads back to the drawing board.

In a statement on Monday, SoftBank said it now projects a net loss of 750 billion yen for the fiscal year ended March, compared with a 1.41 trillion yen profit in the previous year.

It will be the company's biggest loss since going public in 1994, and the first annual net loss since the year ended March 2005, according to Capital IQ.

The 1.8 trillion yen investment loss at the Vision Fund stemmed "from a decrease in the fair value of investments due to the deteriorating market environment," the company said.

SoftBank also said it would book a non-operating loss of 800 billion yen on investments held outside the Vision Fund, including WeWork and OneWeb. Some of the losses will be offset by an increase in income on equity method investments related to Alibaba Group Holding, the Chinese internet group where SoftBank is the largest investor.

"These forecasts are intended to provide investors with prompt information on estimates of financial results in light of the deterioration in the current market environment," SoftBank said.

Son is trying to persuade investors to keep faith in the group despite a sharp gap between its market capitalization and the value of the stakes it holds in Alibaba and other companies.

Last month, Son launched a plan for SoftBank to sell $41 billion of its assets to pay down debt and buy back shares to try to enhance its value. SoftBank Chief Financial Officer Yoshimitsu Goto told the Nikkei Asian Review last week that the group would stick to its plans despite the gyrations in markets sparked by the coronavirus pandemic.