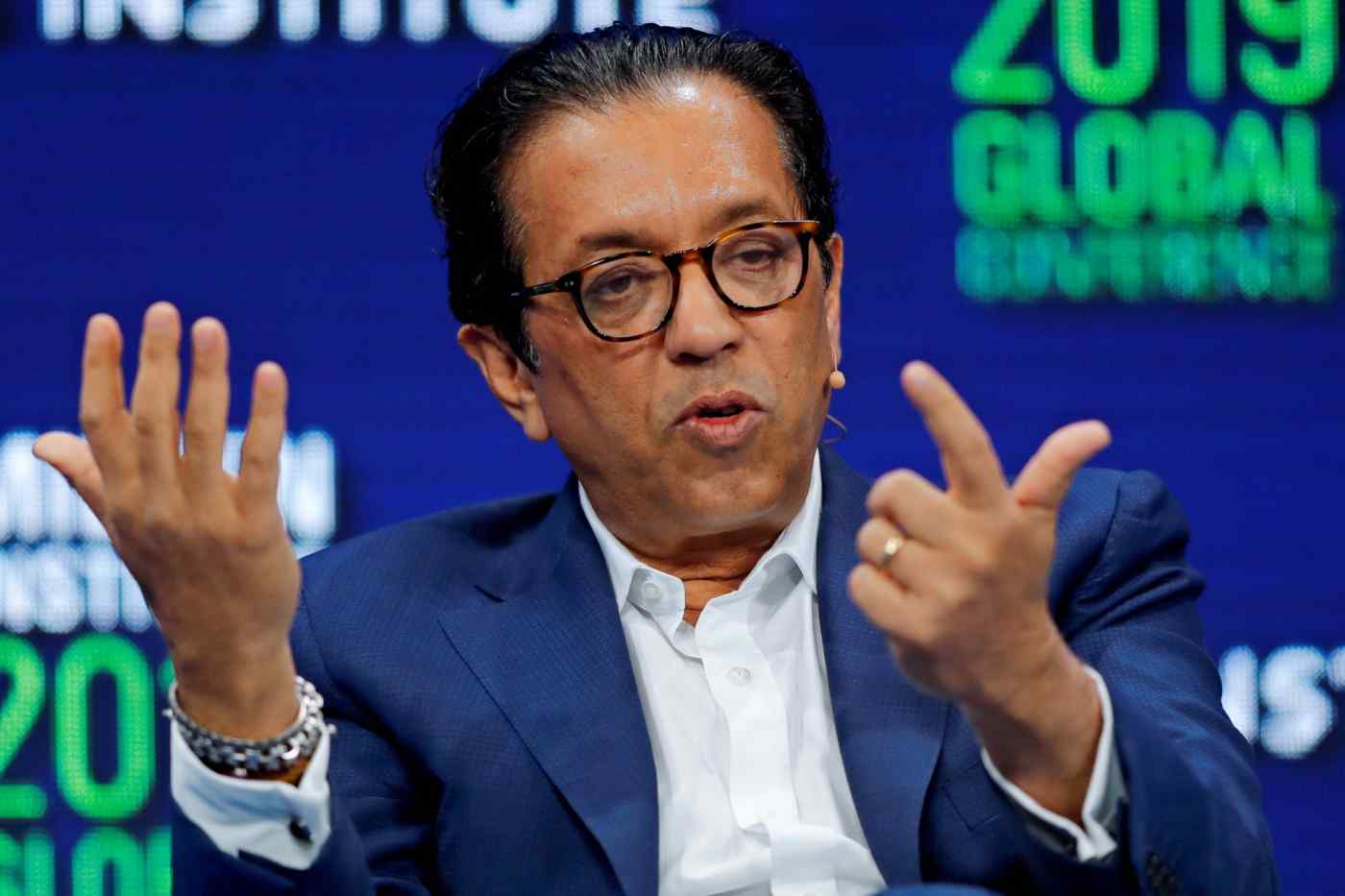 LONDON/DUBAI (Financial Times) -- The head of SoftBank's $100bn Vision Fund has lined up billions of dollars of outside investment for a new hedge fund-style vehicle, in a move that threatens to escalate tensions at the world's biggest tech investor.

Rajeev Misra, who oversees the Vision Fund, has been pushing to build a multibillion dollar fund to pursue complex bets on publicly traded companies, according to multiple people with direct knowledge of the matter.

Mr Misra's plans have found support from Abu Dhabi's state fund Mubadala, which in turn has helped recruit interest from the government of Kazakhstan, one person involved in the talks said. Together, the two state funds are considering putting up as much as $4bn for the vehicle, the person added.

Such a move would mark a sharp deviation from the vision of SoftBank's founder Masayoshi Son, who created the telecoms company's investment arm to take stakes in private, technology-focused start-ups and profit from scaling them up.

The plans also threaten to further inflame tensions within SoftBank over the direction of its investments business, following the Vision Fund's disastrous bets in companies such as office sharing group WeWork and dog-walking app Wag.

Those failed bets have forced Mr Son to scale back ambitions for a second $108bn Vision Fund, pushed profits at SoftBank down 99 per cent in the third quarter, and led some to question how profitable the original fund will ever be.

A person close to Mubadala confirmed it was "exploring" a co-investment with Kazakhstan in the hedge fund-style fund, the size of which would initially be less than $2bn. Mubadala, which is one of two big outside investors in the Vision Fund, declined to comment.

The fund is set to be based in Abu Dhabi and would be managed by Akshay Naheta, a former hedge fund manager and one of Mr Misra's closest allies at SoftBank's investments unit, three of these people said.

Mr Naheta was the driving force behind a lucrative bet on German payments company Wirecard last year, made through the SoftBank Strategic Investment Fund, a specially created vehicle. That fund will be used for the new trading strategy.

Some of the people with knowledge of the matter said that SoftBank had been trying to muffle attempts by Mr Misra, a former Deutsche Bank debt trader, to announce the plans.

A person with knowledge of Mr Son's thinking said that he has been against the idea because it goes against his technology investment strategy.

A SoftBank spokesperson denied any misalignment between Mr Son and Mr Misra on what it described as a "public equities fund".

Mr Naheta, who worked with Mr Misra at Deutsche Bank and is a managing director at SoftBank's investment arm, was the architect of the €900m investment in Wirecard. The deal was structured through a series of derivatives and benefitted from using SoftBank's name to add credibility to the arrangement.

At the time, the investment provided an important vote of confidence in the payments company at a time when it faced serious questions over its accounting.

The Wall Street Journal later revealed that SoftBank had never put any money into the deal, although Mubadala and certain SoftBank employees had -- including Mr Naheta and Mr Misra -- and profited handsomely.

Mr Naheta was also involved in an earlier successful bet made directly by the Vision Fund on publicly traded shares in chipmaker Nvidia.

Mr Naheta and Mr Misra worked together as traders at Deutsche Bank more than a decade ago, when the bank was known for its swashbuckling culture. Before joining SoftBank's investment arm as a managing director, Mr Naheta ran a London-based hedge fund called Knight Assets.