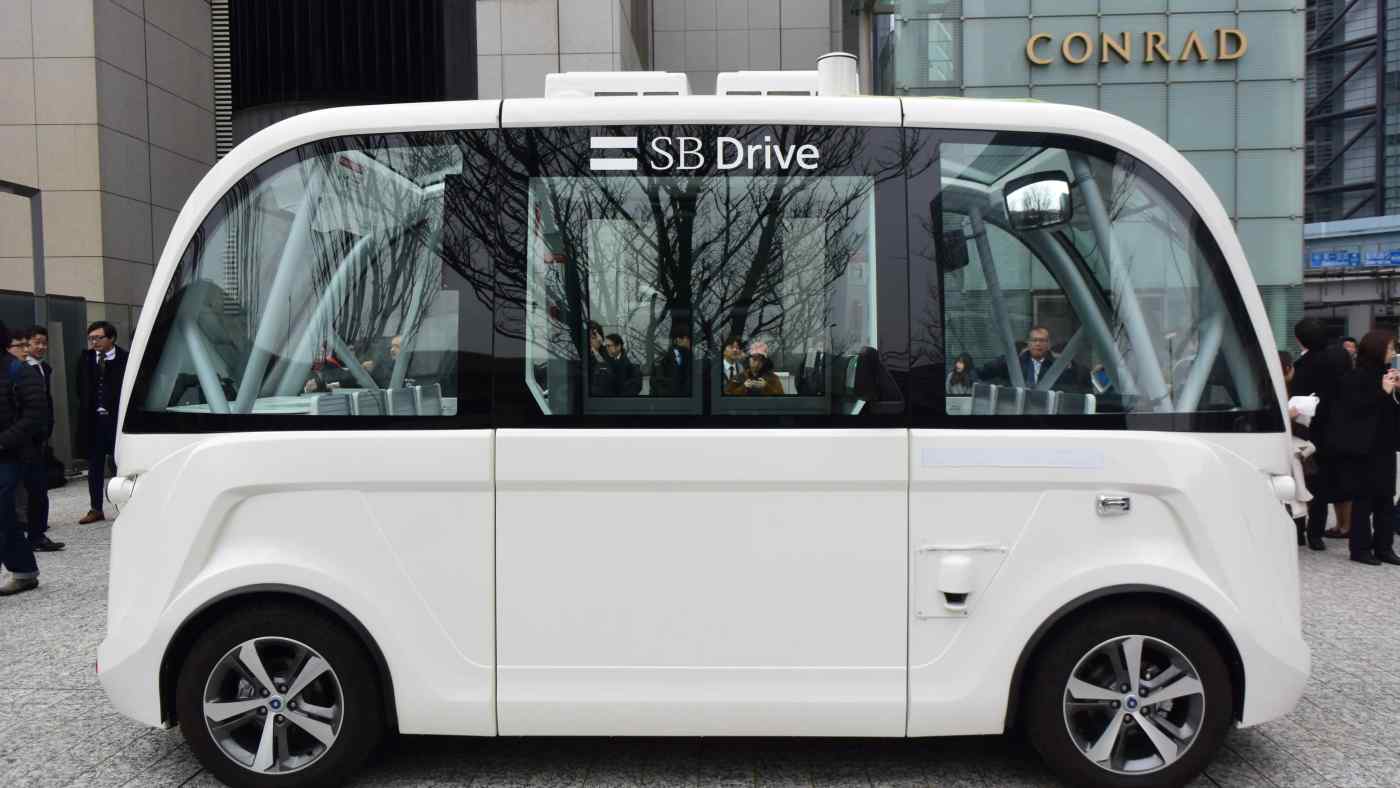 SoftBank's self-driving bus project uses vehicles made by French startup Navya, which will have staff on board in case of emergency (photo by Wataru Suzuki)
WATARU SUZUKI, Nikkei staff writerJanuary 27, 2020 23:10 JST | Japan
CopyCopied

TOKYO -- SoftBank Group is making a push for self-driving buses in Japan, unveiling on Monday a plan to carry passengers on public roads from April.

Sakai, a town on the outskirts of Tokyo, plans to begin operating vehicles on a 2.5 kilometer route, making stops at spots like banks and schools. Navya, a French startup, will provide 11 passenger buses without steering wheels that have integrated monitoring software developed by SB Drive, a unit of SoftBank's mobile subsidiary.

Under Japanese law, autonomous vehicles generally cannot operate on public roads. But SoftBank obtained an exemption by modifying the Navya vehicles to meet Japan's safety requirements, including a specially designated seat for a crew member that can take control of the car in case of an emergency.

As a result, the buses' autonomous driving system is driver-assisted "level 2" technology. SoftBank claims it can leapfrog to level 4, which can drive without human intervention, once regulatory restrictions are lifted.

The push underlines SoftBank's ambitions in autonomous driving technology despite some setbacks in investments related to the industry. Ride-sharing giant Uber Technologies, which SoftBank CEO Masayoshi Son had said would be among the biggest first buyers of self-driving cars, has seen its share price slump since the stock made its market debut last year.

Most of SoftBank's biggest investments are outside Japan but its domestic mobile unit, SoftBank Corp, is a key dividend generator that helps cover its parent's billions of dollars in interest payments each year.

Buses are at the forefront of Japan's self-driving push because the industry suffers from a chronic shortage of drivers and declining passengers in remote areas due to a rapidly aging population.

Henri Coron, Navya's chief business development officer, said its vehicles are on open roads in 18 countries but Japan is a "key, key target" because of the country's demographic challenges and the willingness of local governments to finance self-driving technology.

The commercial prospects of self-driving buses remain unclear, however. Sakai town plans to offer the shuttle service to passengers for free and allocated a 520 million yen ($4.7million) budget for the five-year project.