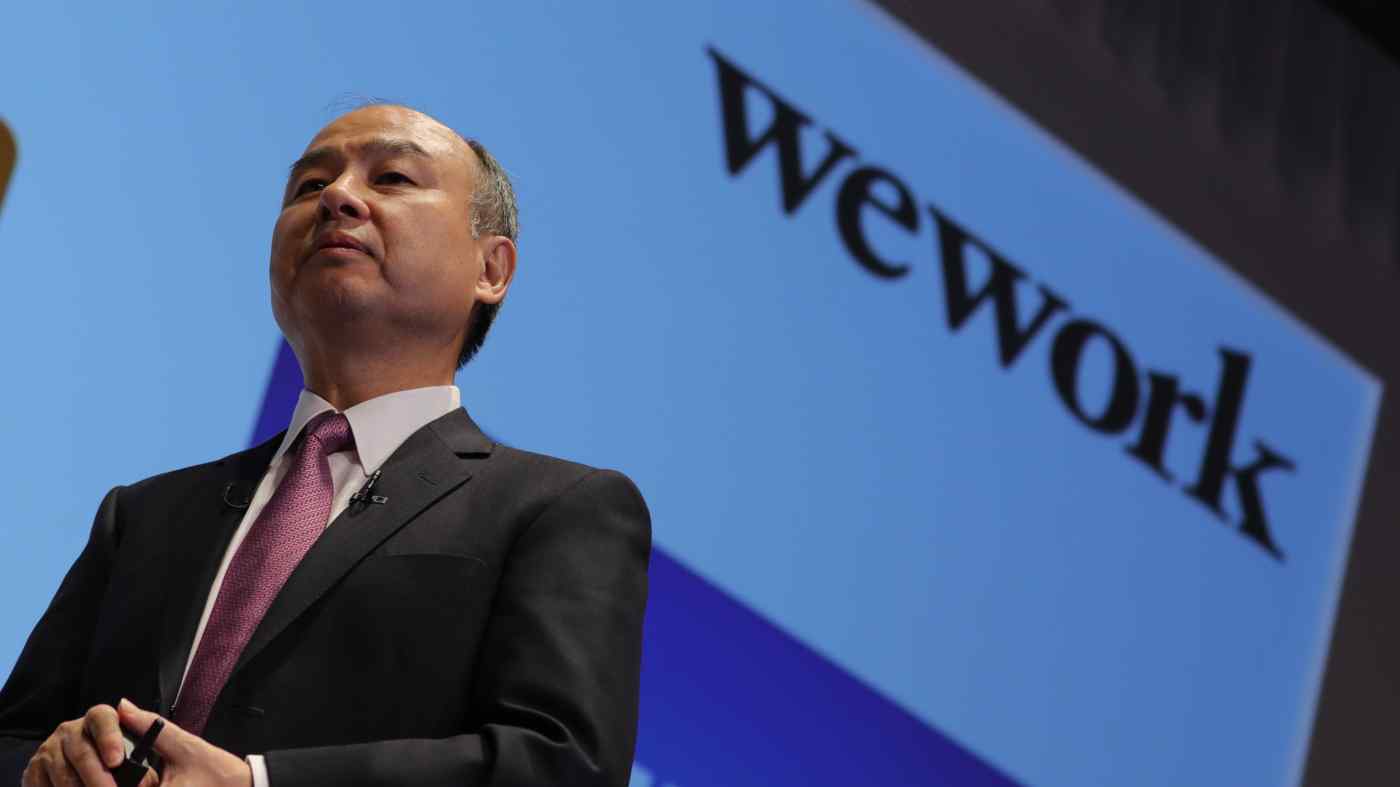 TOKYO -- SoftBank Group expects its net loss for the year ended March to widen to 900 billion yen ($8.4 billion), 150 billion yen more than its previous forecast, due to new losses related to its investment in U.S. office space provider WeWork.

The revision announced by Softbank on Thursday comes less than three weeks after its previous forecast and highlights the challenges surrounding WeWork as the coronavirus outbreak deepens.

SoftBank had previously expected 800 billion yen in non-operating losses but now expects that figure to rise to 1 trillion yen, 700 billion yen of which is related to WeWork.

"The expected amount of such loss has increased compared to the previous forecasts as SBG expects to recognize new losses arising from the fair value measurement of the loan commitment and financial guarantee contract in favor of WeWork," SoftBank said in a statement.

The loan commitment and financial guarantee refer to $2.2 billion in unsecured notes and a $1.75 billion letter of credit facility, announced as part of SoftBank's $9.5 billion bailout package for WeWork.

Another $1.1 billion in senior secured notes was scrapped because SoftBank canceled a $3 billion tender offer for WeWork shares. SoftBank has maintained that it is committed to supporting WeWork.

SoftBank stuck to its operating loss forecast of 1.35 trillion yen, which includes losses from its $100 billion Vision Fund, a portfolio of tech-related investments.