Son's quest for his next Alibaba hit by another low valuation 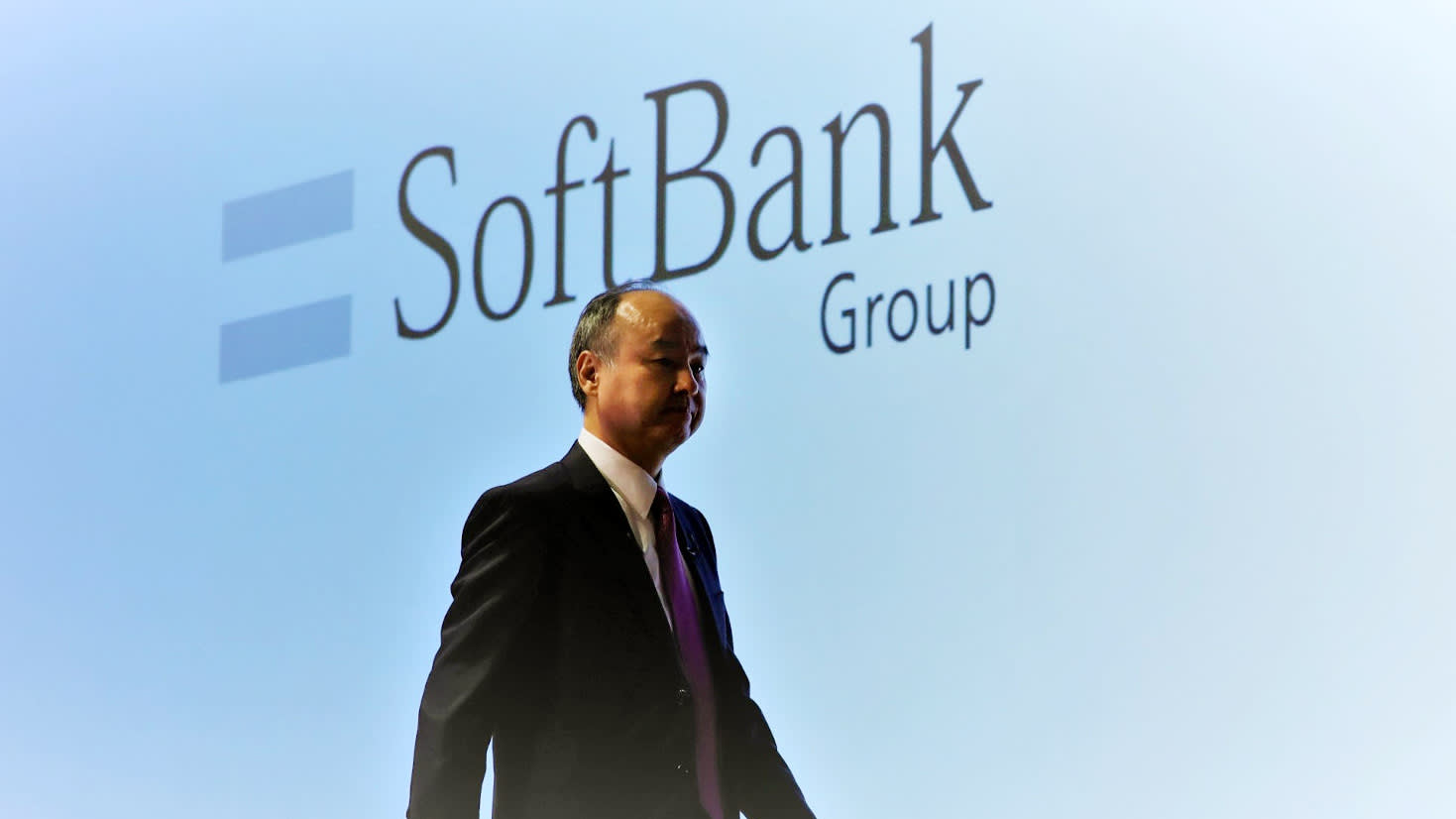 SoftBank CEO Masayoshi Son has pledged "no more bailouts" after stumping up $9.5 billion to rescue WeWork. (Photo by Ken Kobayashi.)

TOKYO -- When Masayoshi Son meets with Alibaba founder Jack Ma in Tokyo on Friday, two thoughts are likely to be uppermost in the mind of the SoftBank CEO: debt and money.

Alibaba Group Holding, in which SoftBank Group owns an over $130 billion stake, is the financial blanket that reassures most investors about the financial health of the Japanese conglomerate and its tech-heavy Vision Fund.

However bad things might get, so the thinking goes, all that SoftBank has to do is monetize a fraction of its 25% holding in the Chinese e-commerce giant. The size of that financial cushion out-pads almost any blow SoftBank might suffer -- like its $9.5 billion bailout of WeWork in October.

SoftBank's "Alibaba holding ... shows that the impact of a high profile failure, such as WeWork, can be relatively minor in the bigger picture," HSBC analysts, who rate SoftBank a "buy," wrote in a Dec. 4 note to clients.

But wilting tech company valuations, a tough market for initial public offerings, continued financial stress at Vision Fund investments, and concerns about SoftBank's true level of debt are testing investor confidence in the efficacy of that cushion.

Some are even wondering if Son might want to monetize part of SoftBank's Alibaba stake, on top of a $9 billion margin loan secured against Alibaba shares that the company says it has already raised.

The latest exhibit is OneConnect Financial Technology, a Chinese startup that this week filed for a U.S. share offering at a valuation $2.7 billion lower than when the Vision Fund invested in it last year, based on the mid-point of its IPO price range.

"It looks like another SoftBank Vision Fund investment has been exposed as grossly overvalued," said Arun George, an analyst who publishes on Smartkarma, an Asian investment research platform.

The Vision Fund has only invested $100 million in OneConnect, limiting the scope of potential losses. Still, the reputational damage is another blow for SoftBank, which is still reeling from a $6.5 billion loss in the July-September quarter.

Furthermore, like many other companies in the Vision Fund's portfolio -- such as WeWork, Indian hotel chain Oyo, and ride-hailing companies Uber and Didi -- OneConnect is unprofitable. It posted a net loss of 1 billion yuan ($147 million) for the first nine months of 2019, 81% higher than the previous year.

Although Son has promised to make no more bailouts after WeWork, analysts fear that continued losses at some of SoftBank's other loss-making investments may soon test that pledge.

Another bailout would be risky for SoftBank as it could trigger a credit downgrade, making it harder and more expensive for the company to issue the debt that it needs to finance itself and its investments. Japan's biggest banks have given a wary reaction to SoftBank requests for further loans.

Furthermore, a bailout would challenge the notion that SoftBank, as an investment holdings company, does not need to take into account any debts held at its subsidiaries because they are non-recourse, meaning SoftBank is not liable in case of a default.

This concept has been crucial for SoftBank's claim that net debt at the parent level is 4.5 trillion yen. However, if debt and lease liabilities held at subsidiaries such as WeWork are added, its debt figure quadruples to 18 trillion yen, more than four times the amount of cash on its balance sheet.

That in turn would breach the limit of SoftBank's loan-to-value ratio -- net debt as a percentage of the value of assets on its balance sheet -- which credit ratings agencies say could trigger a downgrade.

"Our analysis focuses on SoftBank as an investment company and thus does not incorporate the debt of its investments," said Motoki Yanase, senior credit officer at Moody's Japan, who points out that adding in those debts would no longer make it possible to describe SoftBank as having low leverage.

Another potential risk is the Vision Fund itself.

Son has said the fund posted investment profits of 1.2 trillion yen as of September, even after the losses from WeWork. But a majority of those gains are unrealized gains in investments such as Oyo, and can vanish if valuations fall - as they already have at OneConnect, WeWork and Uber.

In addition, the fund promises outside investors an annual distribution of 7% of their committed capital, leaving the vehicle with a constant requirement to return cash to investors.

Given a lack of opportunities to raise cash by selling or floating its investments, the Vision Fund has borrowed 1 trillion yen to finance 456 billion yen in payouts to outside investors in the April-September period, according to its financial statement.

"The Vision Fund needs to generate cashflow sufficient to meet its fixed distributions to the preferred shareholders," said Yanase, adding that inability to do so is a potential risk and would require additional funds.

Poor recent performance at Arm Holdings, the U.K. chip designer that SoftBank bought for about $31 billion in 2016, is another risk.

Arm's dominance in smartphone chips has been challenged by China's ambitions to create an end-to-end semiconductor industry, and the company's Internet of Things have yet to generate substantial profits.

The company reported a 13% decline in revenue for the July-September quarter, and swung to an operating loss of $29 million.

Still, OneConnect's decision to move forward with a share listing despite a lower valuation is a sign that startups are bracing for an end to SoftBank's hitherto abundant funding.

The $100 billion Vision Fund has finished investing and a second fund announced in July has struggled to bring in outside investors, according to sources familiar with the matter.

As a result, many startups and venture capital investors now expect the second Vision Fund to start investing entirely out of SoftBank's own pockets, which again raises the question of where the funds will come from.

Its lack of participation in some recent funding deals, including an $80 million round for Taiwan-born AI startup Appier, has added to concerns.

That is why focus is turning as to how SoftBank will manage its Alibaba stake. The share-holding, as Son and Ma both know well, is worth one and a half times more than SoftBank's own market capitalization.

"Alibaba's Hong Kong IPO demonstrated that there is strong demand for the company's shares," said Akihisa Motonishi, an analyst at JCR, which gives SoftBank an investment grade rating. "It means SoftBank has an asset it can monetize."

Son and Ma will speak on stage together on Friday at a University of Tokyo forum on "Shaping the Future."