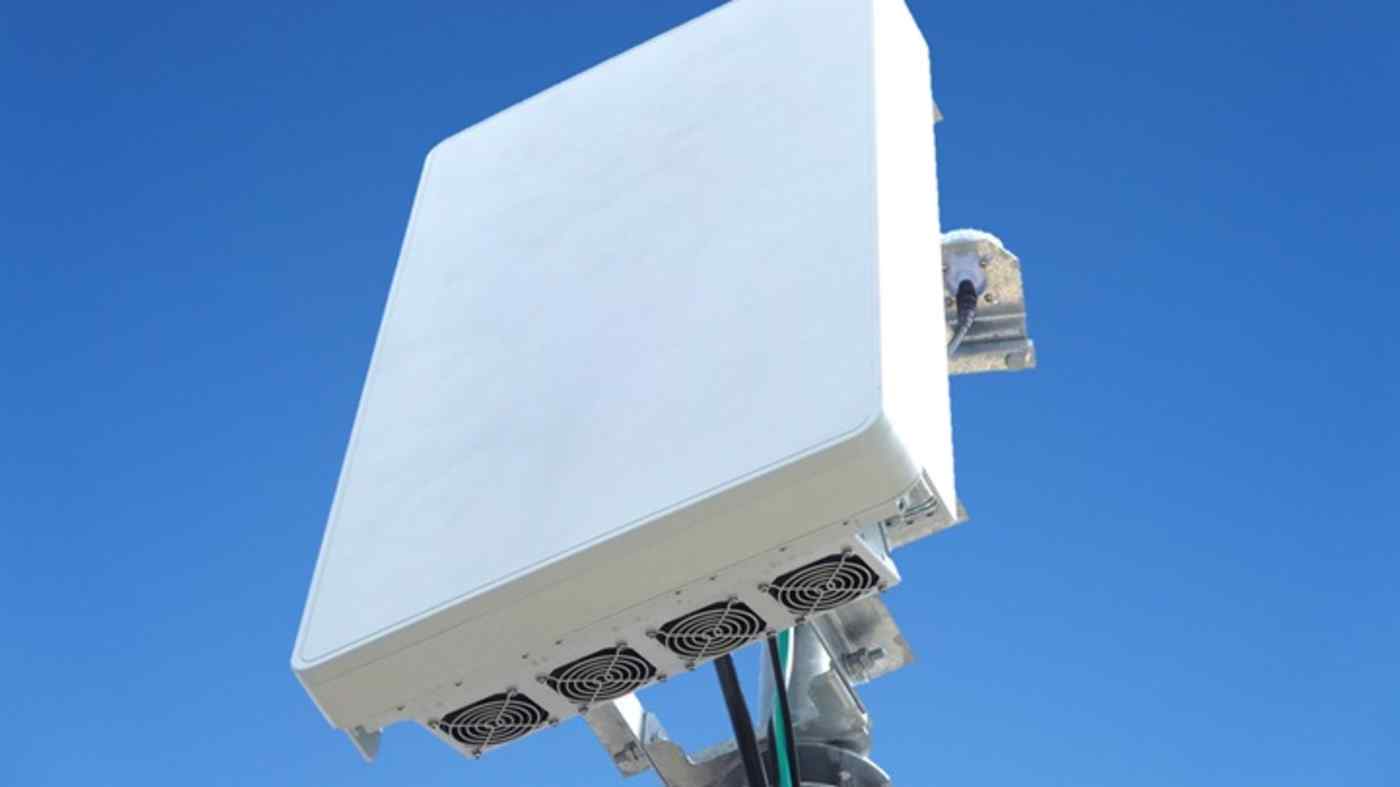 TOKYO -- Japanese cellphone carrier SoftBank Corp. will soon test technology that will charge earbuds, smartwatches and other wearable devices by simply walking near a mobile base station, Nikkei has learned.

The wireless power transmission devices will be installed in 5G base stations being rolled out by SoftBank. The government will soon ease restrictions on wireless technology to allow for the trials

SoftBank is replacing its 200,000 4G base stations across Japan with 5G versions. The wireless charging service will be jointly developed by Kyoto University, the Kanazawa Institute of Technology and the National Institute of Information and Communications Technology.

An electrical charge will be sent in the 28 gigahertz high frequency band used in 5G communication. Users can automatically charge compatible wearables just by approaching a base station.

To prevent negative effects on the human body, only about 1 milliwatt of power will be delivered over a range of roughly 10 meters. The radius will eventually be extended to approximately 100 meters.

The government currently restricts usage of this technology since wireless power transfers could interfere with communication signals. The Ministry of Internal Affairs and Communications will issue a directive as early as this fiscal year that would allot multiple bandwidths for wireless charging.

The government plans to first allow for indoor wireless charging, then open the technology for outdoor use around 2024. SoftBank plans on commercializing the technology as soon as 2025.

This tech will allow for a host of applications, including the use of electronic tags to prevent thefts. Health sensors implanted in bodies may become feasible as well.

The global market for wireless charging is estimated to grow to $15.3 billion in 2026, according to analytics firm Research and Markets, or 2.3 times the current size. The Qi standard for wireless power transfer from dedicated chargers to devices is in force the world over.

In the U.S., Ossia and Powercast sell hardware that charge smartphones and gaming devices over wavelengths. Xiaomi, the Chinese smartphone maker, has also joined the development race.