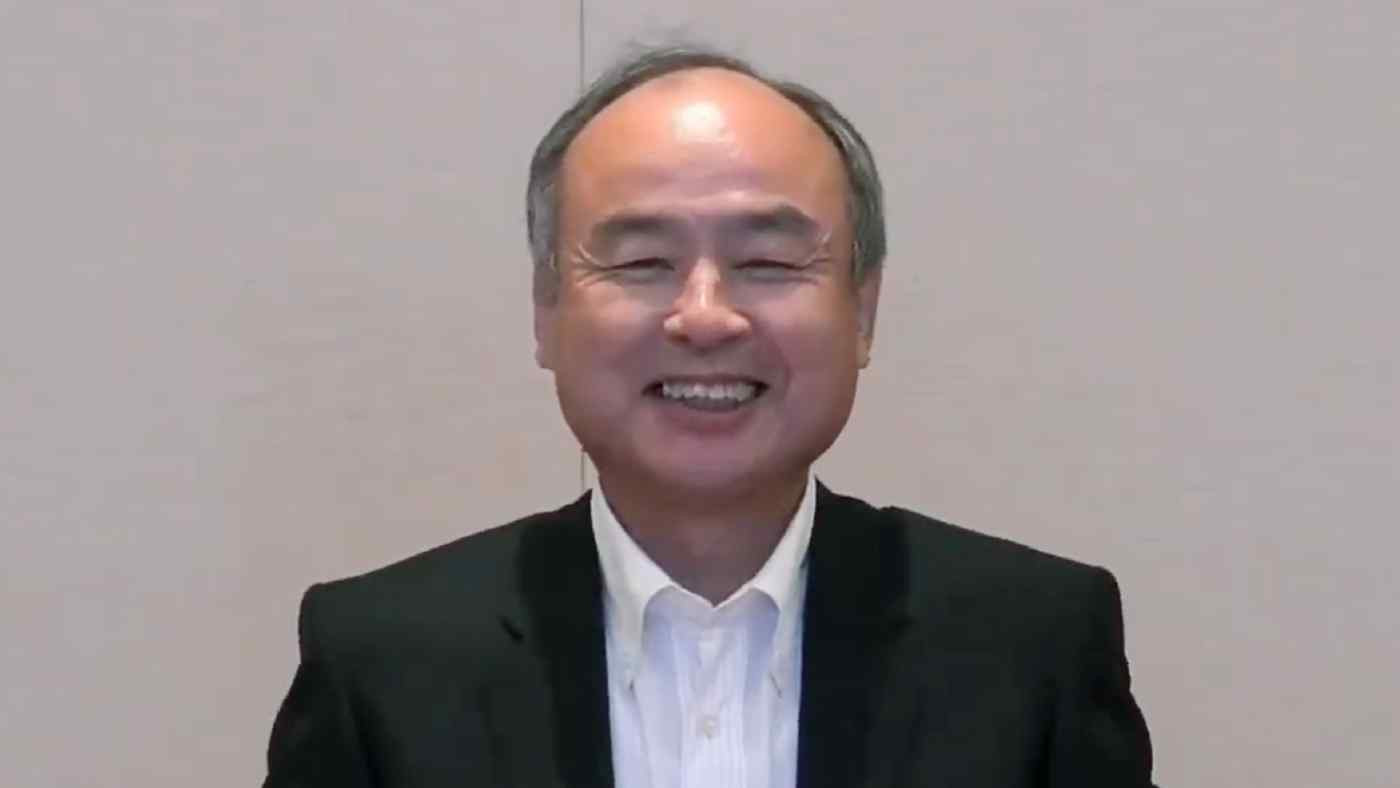 A turnround in valuations at SoftBank is a relief for Masayoshi Son, founder and chairman. (Screenshot from SoftBank website)
WATARU SUZUKI, Nikkei staff writerAugust 11, 2020 15:21 JSTUpdated on August 11, 2020 19:48 JST | Japan
CopyCopied

TOKYO -- SoftBank Group on Tuesday reported a net profit of 1.25 trillion yen ($11.8 billion) in the April-June quarter thanks to the merger and sale of its stake in U.S. mobile carrier Sprint and a recovery in its $100 billion Vision Fund, marking a return to profit after its worst ever loss in the previous quarter.

The turnround in valuations and completion of the long-sought Sprint deal have been a balm for Masayoshi Son, SoftBank founder and chairman, who only months ago plunged the group into a series of asset sales to try to quell investor concern over its deteriorating balance sheet.