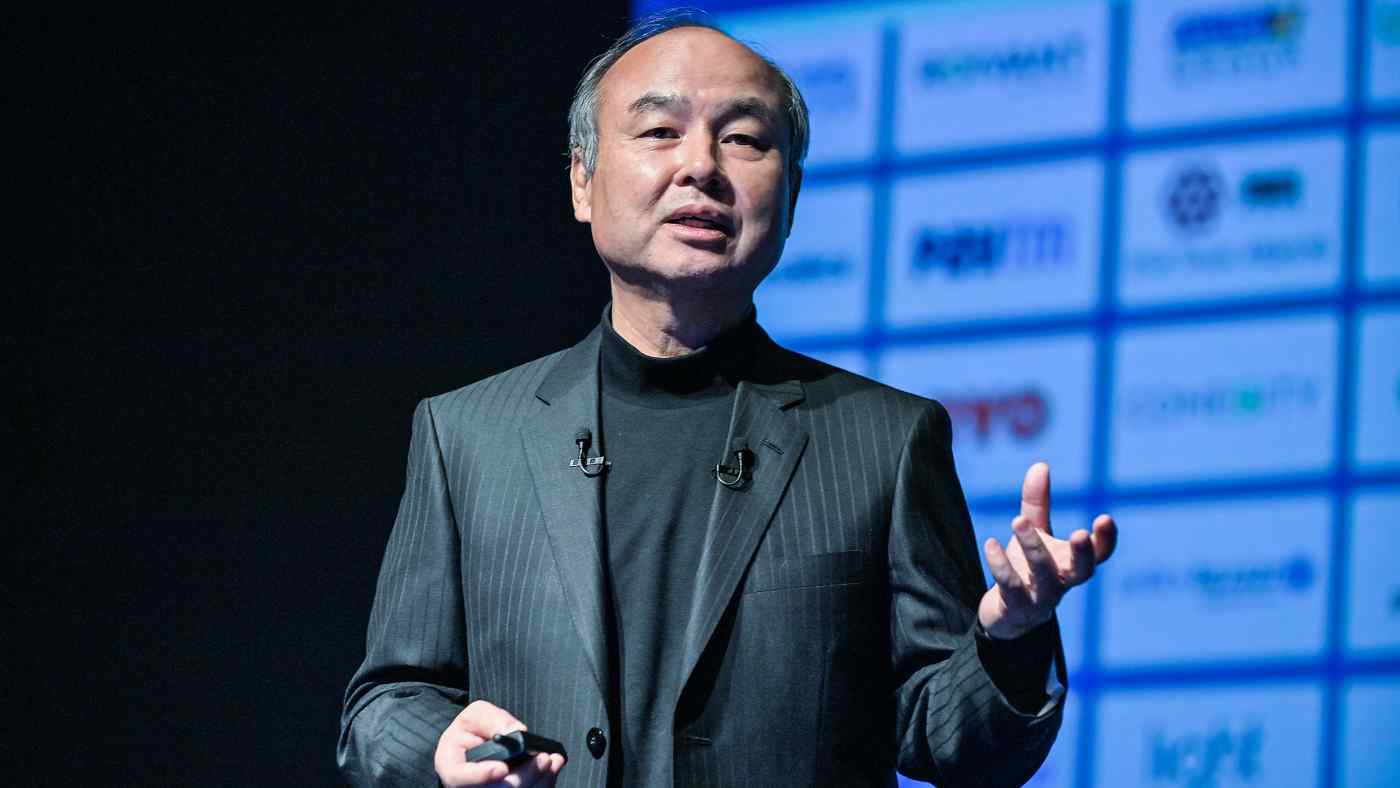 The results mark a stunning reversal from the group's annual loss of 961.5 billion yen for the year to March 2020 -- its worst ever. The earnings included 1.9 trillion yen ($17.8 billion) of net profit in the fourth quarter, mainly thanks to the blockbuster listing of South Korean e-commerce giant Coupang.

At a press conference on Wednesday, SoftBank Chairman Masayoshi Son said he will continue building what he calls a "factory of golden eggs."

"Instead of being overwhelmed by the rise and fall of the market price like gambling... we will help create more and more companies that use AI to redefine industries," Son said. "Our group will make a rush of initial public offerings."

Some of SoftBank's investments continue to face turmoil. On Tuesday, the founder of Greensill Capital, a Vision Fund-backed financial firm that recently collapsed, was grilled by a U.K. parliamentary committee over its business dealings. One member of the committee questioned the company's relationship with SoftBank, which was an investor in Greensill while backing companies that Greensill lent money to.

Son acknowledged that "investors are not wholeheartedly praising" his company's performance, noting the one-time profit from the sale of Sprint, the global stock rally and some major IPOs of investments.

"There were many investment failures, such as WeWork, Greensill and Katerra," Son said. "But what I regret more is the missed opportunities to invest."

WeWork, the shared office space provider, was hit with a dramatic decline in its $47 billion valuation after failing to go public in 2019. It recently announced plans to merge with a Spac, or special purpose acquisition company, for an enterprise value of about $9 billion. Katerra, a U.S. construction startup, has also struggled.

Son -- who last year said some of the Vision Fund's investments were in a "coronavirus valley" during the pandemic -- said the fund's investments would soon eclipse the value of SoftBank's stake in Alibaba Group Holding, the Chinese e-commerce company that has been Son's most lucrative bet.

Son said Alibaba's share of SoftBank's portfolio value has declined to 43%, while its two Vision Funds has grown to 25%. "In the near future, I believe that the Vision Fund will occupy the largest share," he said. He later said there was no change in the company's view on Alibaba, saying that "its earnings continue to grow."

The Vision Fund gains helped offset 610 billion yen in annual derivatives losses at the tech group's stock trading unit, SB Northstar. As of March 31, the unit held $441 million worth of shares in 16 Spacs, including three backed by the SoftBank Vision Fund. Its main holdings are of tech stocks including Amazon and Facebook.

Nikkei had reported earlier on Wednesday on SoftBank's full-year figures, which make the group the world's third most profitable after Apple and Saudi Aramco.

SoftBank books unrealized gains and losses -- shares it owns but has not yet cashed out -- in quarterly earnings, causing heavy swings in the figures when the value of certain investments changes dramatically.

The biggest profit contributor for SoftBank in the January-March quarter was the investment gain from Coupang, which went public in March. The Vision Fund's stake in Coupang was worth about $28 billion at the end of March, more than 10 times the money that the fund had invested.

However Coupang's U.S.-listed shares have fallen 26% since the end of March, underlining the volatility in the tech sector.

The gains were in contrast from the previous year, which was driven by declines in Vision Fund portfolio companies due to a market sell-off during the initial stages of the coronavirus pandemic.

The blockbuster listing of U.S. food delivery app DoorDash, as well as the recovery in shares of ride hailing company Uber Technologies, also helped boost Softbank's profits in previous quarters of the past 12 months.

Son said he expected IPOs to continue at a robust pace. "This year, we expect even more listings than last year," he said.

SoftBank also said that it has completed its 2.5 trillion yen share buyback program. Son, whose ownership in SoftBank will rise as a result of the company retiring the shares it purchased, said it currently has no plans for more buybacks.