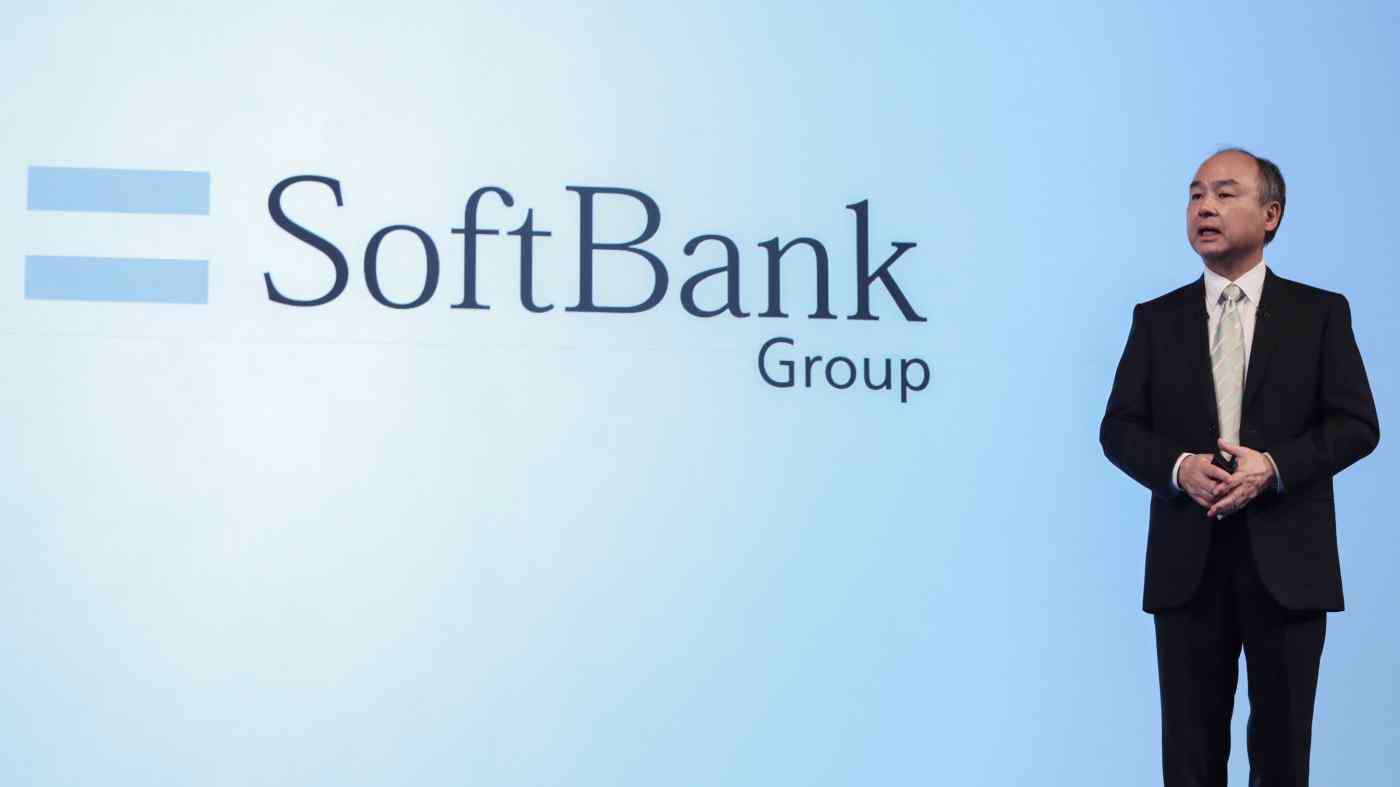 TOKYO -- SoftBank Group has urged some of its high-profile portfolio companies to accelerate plans for stock market listings, telling them they should capitalize on strong investor appetite for the booming tech sector.

The Japanese tech investment group led by Chairman and CEO Masayoshi Son hopes many of the businesses in its nearly $100 billion Vision Fund will tap the bullish sentiment for tech companies after the coronavirus pandemic, sources familiar with SoftBank's strategy say.

"They are being fairly transparent in their agenda that they would like everybody to list," said one executive at a company backed by the Vision Fund. The person described the argument as very logical: "This is a once-in-a-lifetime opportunity, and you should take it."

Some of the Vision Fund's major bets, including China's ByteDance and Didi Chuxing, Southeast Asia's Grab and South Korea's Coupang, are still private. Taking them public at a valuation larger than when the fund made its investment would let SoftBank book paper gains that could be cashed out by selling shares.

SoftBank's investment performance has gone on a roller-coaster ride since Son announced the Vision Fund in 2016. Building a track record of profitable exits would boost the Japanese group's appeal as a way to tap into tech companies that will be more valuable down the road.

Yet SoftBank's aggressive divestment of assets in recent months also signals that Son is preparing for a potential market downturn.

Strong appetite for newly listed tech companies has raised hopes that SoftBank -- which presents third-quarter earnings on Monday -- can profit handsomely from its portfolio of investments. 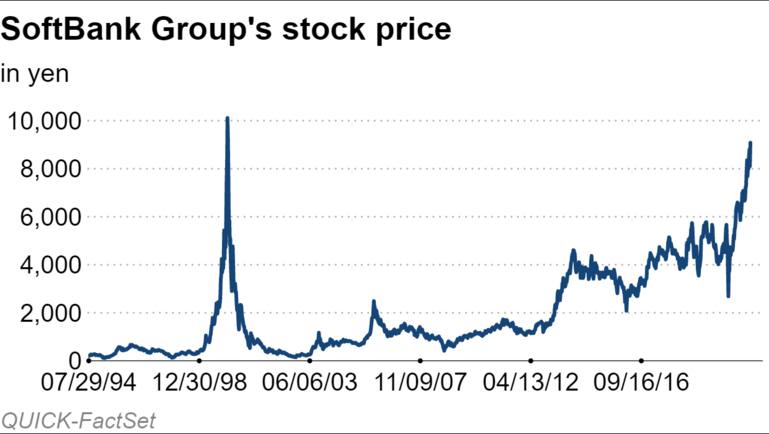 The Vision Fund put money into Auto1 about three years ago at a valuation of 2.9 billion euros ($3.48 billion at current rates). The company ended its first day of trading with a market capitalization of 10.4 billion euros.

Shares of Kuaishou, a Chinese video streaming app, also surged in the company's Hong Kong debut Friday, raising expectations for an increase in the valuation of larger rival ByteDance.

The Vision Fund also sold $2 billion worth of shares in Uber Technologies, as well as shares in messaging software provider Slack Technologies and biotech company 10X Genomics. In September, SoftBank announced plans to sell U.K. chip designer Arm to Nvidia in a $40 billion deal, though it awaits regulatory approval. The money raised from these deals far exceeds SoftBank's initial target of $41 billion, and some observers think the company is stockpiling cash to protect itself from a downturn.

Son previously voiced regret that when SoftBank's investments plunged in value after the dot-com bubble burst in 2000, he did not have enough money to buy into future tech giants like Amazon.

"We are seeing ridiculous valuations right now, not because SoftBank has done a good job, but simply because the market is hungry for all the IPO money," one analyst said. "The biggest question is how long it can last, and whether SoftBank is able to exit in some places."

Rajeev Misra, CEO of the Vision Fund, said recently that the fund was about "patient long-term capital" but ackowledged the potential for better exits from investments.

"From our perspective, or any investors perspective, the rise in the valuations of public markets of course is giving better exits," Misra said in a conference hosted by Goldman Sachs. "[From] an entrepreneurs perspective, it gives them an alternative to raise capital at a much cheaper cost."

SoftBank is not alone in the race to take companies public. More than 200 special-purpose acquisition businesses -- shell companies that list on a stock market with the aim of merging with a private businesses -- were set up in 2020.