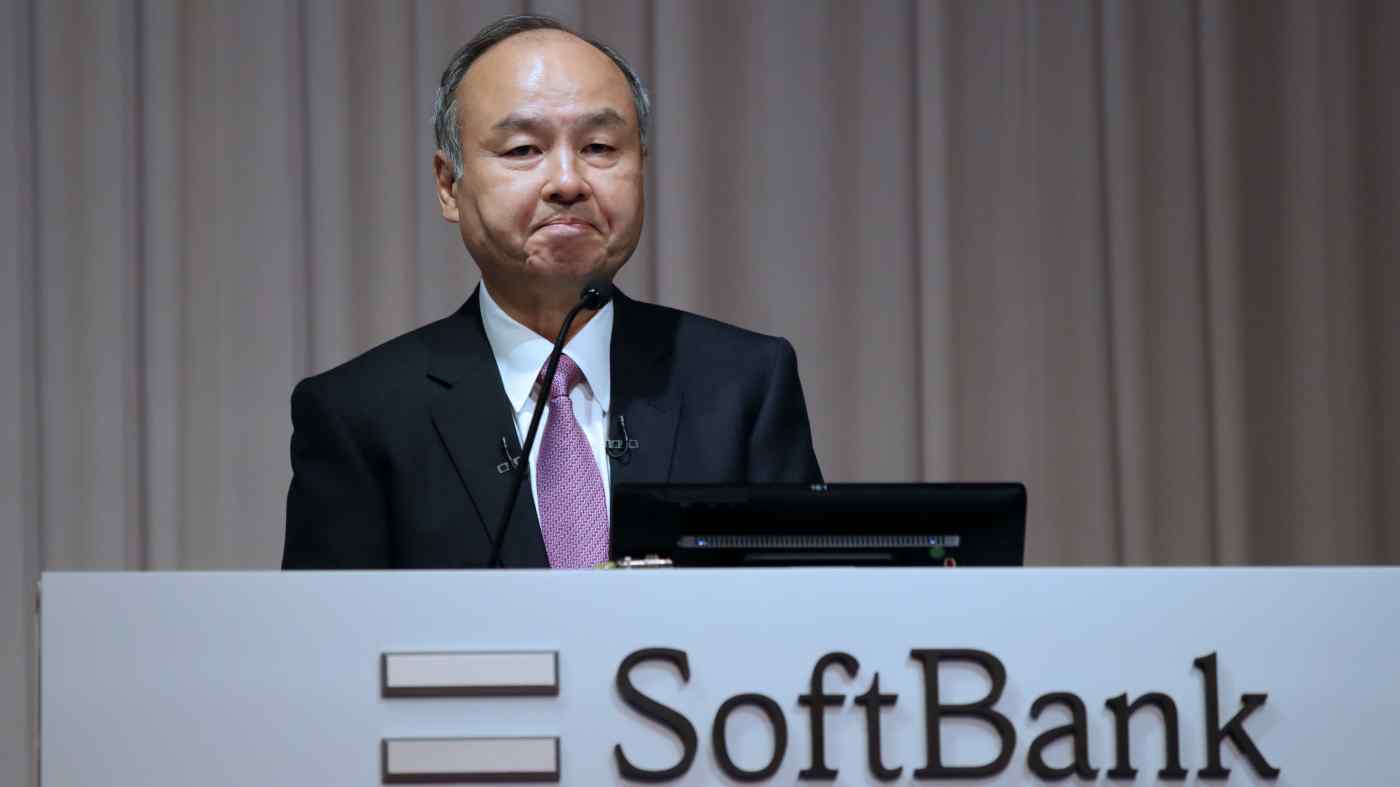 TOKYO -- SoftBank Group plans to sell or cash in up to 4.5 trillion yen ($41 billion) in assets to buy back shares and reduce debt, in a sign that CEO Masayoshi Son is scaling back his aggressive investment strategy amid concerns over the group's financial health as the coronavirus crisis deepens.

"This program will be the largest share buyback and will result in the largest increase in cash balance in the history of SBG," Son said in a news release on Monday.

The plan includes buying back up to 2 trillion yen of shares. Combined with its recently announced 500 billion yen buyback, SoftBank said it is repurchasing 45% of its own stock, which it will retire. SoftBank's shares jumped nearly 20% after the announcement.

The company said it expected the plan -- which it said would be unrolled over the next four quarters -- to lead to "significant debt reductions, including bond buybacks, will further strengthen its balance sheet and enhance its credit rating."

SoftBank "believes its shares are substantially undervalued and as of the end of last week traded at a 73 percent discount to their intrinsic value, the largest discount in the company's history," it said on Monday. 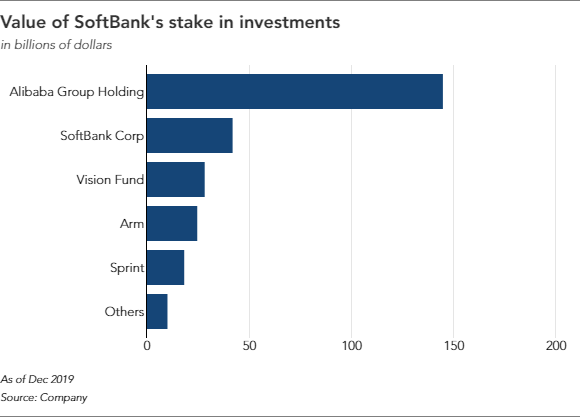 SoftBank's crown jewel is its stake valued at more than $100 billion in Chinese e-commerce giant Alibaba. It makes up roughly half of the value of SoftBank's investment portfolio.

SoftBank also owns a controlling stake in major mobile network operators in Japan and the U.S. Its U.S. business, Sprint, has agreed to a merger with rival T-Mobile but the deal has been delayed due to regulatory hurdles.

"Given the size of the buyback we suspect Alibaba and [Japanese mobile business] SoftBank KK could both be likely candidates," said Chris Lane, an analyst at Sanford C. Bernstein. He said the sale of its stake in Sprint is less likely, citing its four-year lockup agreement as part of the merger agreement. SoftBank declined to comment on which assets it will sell or monetize.

As recently as August, Son was touting plans to raise at least $108 billion for a new fund to inject cash into the world's biggest startups. But investors have increasingly grown worried about its risky bets after the sharp fall in value of WeWork -- the U.S. coworking space that is one of its major investments -- last year.

That sentiment has rapidly escalated after the new coronavirus outbreak. One major concern is its near $100 billion Vision Fund, which had used up most of its capital to back startups, many of which were loss-making.

Some portfolio companies, like Indian hotel startup Oyo and Hong Kong based travel tech company Klook, are likely to be directly impacted by the pandemic. But following the announcement, SoftBank's credit rating outlook was cut from stable to negative by S&P, which said the buyback plan "raised questions over its intention to adhere to financial management."

SoftBank's credit default swaps -- insurance for bond defaults -- soared, a signal that investors were increasingly concerned about the company's ability to pay back its debt.

SoftBank's announcement of the asset sale plan on Monday followed criticism from two board members at WeWork, who pushed back against SoftBank's suggestion that it can back off from plans to buy up to $3 billion of stock in the company from shareholders.

"Not only is SoftBank obligated to consummate the tender offer as detailed by the Master Transaction Agreement, but its excuses for not trying to close are inappropriate and dishonest," Bruce Dunlevie and Lew Frankfort said in a statement on Sunday. The two independent WeWork directors constitute a special committee of the WeWork board.

"Further, SoftBank has made numerous assurances to employees, and reneging on the agreement would be completely unethical, especially given the current environment," they said.

The committee said it "remains committed to taking all necessary actions to ensure that the tender offer which SoftBank has promised to our employees and shareholders is completed."

Softbank told shareholders last week that a $3 billion tender offer may not go ahead if the conditions for it were not met, according to a person familiar with the matter. The notice said regulators, including the U.S. Securities and Exchange Commission and Department of Justice, are probing WeWork's business.

The tender includes a $970 million purchase of shares from WeWork founder Adam Neumann.

To keep WeWork afloat after it failed to go public last year, SoftBank in October announced a $9.5 billion bailout package, which includes the tender offer as well as other equity and debt financing. Even though the deal would bring SoftBank's ownership in WeWork to 80%, SoftBank has insisted that WeWork will not become a subsidiary because it does not hold a majority of voting rights. That condition may now be paving the way for a boardroom clash.