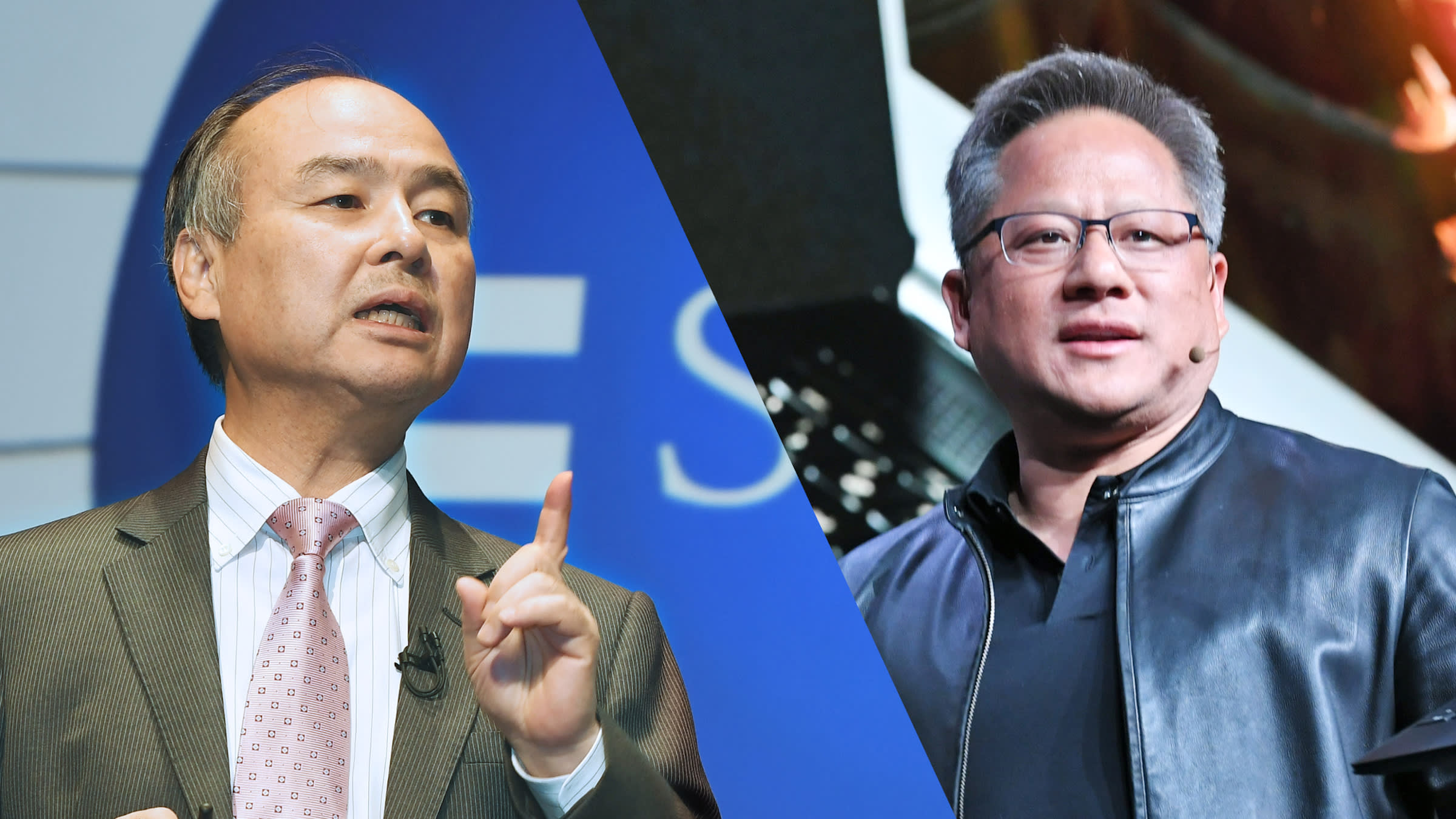 TOKYO/PALO ALTO, U.S. -- The day he secured the agreement to acquire U.K. chip designer Arm four years ago, SoftBank Group chief Masayoshi Son said it was "the happiest day of my entrepreneurial life."

He had kept an eye on Arm since his friend Steve Jobs had spoken glowingly about it while referring to the new iPhone that Apple was creating. So when the $31 billion deal was agreed to in July 2016 -- the biggest corporate acquisition in Japanese history -- Son was elated.

In his hands was a crystal ball that would show him the future.

Arm holds a roughly 90% share of chip designs that go into mobile phones. Through its client relationships, Arm is in a unique position to watch and listen to the latest developments in the tech world.

For Son, such a front-seat view -- one that would enable the Japanese group to predict and prepare for the data-driven future -- was well worth the steep price. The world of tech has moved on from the mobile and internet universe that Jobs championed to one more based on big data. Now was the time for Arm.

But in just four years, Son has made the decision to hand over the reins to another tech player: the leather-jacket-bound CEO and co-founder of Nvidia, Jensen Huang.

As it happens, one month after Son's acquisition of Arm, he and Huang met in a suite room of the Tokyo Conrad Hotel, located in the upper floors of the building that housed SoftBank's headquarters.

The stated purpose of the meeting was to ink an agreement to work together on technology for self-driving vehicles. But as Son saw it, limiting this chance to partner with a luminary of the semiconductor industry to just a single field would be thinking too small.

"Autonomous driving is all well and good, but I want to talk about something bigger," Son said after a presentation on the topic wrapped up.

He posed a question to Huang: "The entire world will eventually become a single computer. What will you be able to do then?"

Nvidia is a major producer of graphics processing units, which smoothly render images in video games, for example. This technology can be used in other complex tasks such as speech recognition, and as such is in high demand. GPUs can accelerate processing of simpler calculations, making them valuable for deep learning and artificial intelligence.

In other words, Son was asking what could Nvidia's GPU technology offer when the world becomes connected through the Internet of Things?

Huang caught on to Son's intent.

"Autonomous driving is important, but it's just one area," he replied, before going on to discuss Nvidia's broader ambitions.

At that moment, the pair of charismatic leaders found themselves on the same wavelength.

Nvidia's GPU on its own cannot serve as the brain of a system. For that, the company turned its attention to Arm and its expertise in designing central processing units, which are capable of handling more complicated calculations.

Energy efficiency is among the main hallmarks of Arm's designs. Nvidia looks to combine Arm CPU designs with its own GPUs to create AI chips that can rapidly process large amounts of data with minimal power consumption.

The American company sees opportunities in such areas as data centers, where AI chips are often incorporated into servers and power needs have risen steadily as more data is processed.

This is in keeping with the answer Huang gave to Son four years ago.

What's next for Son?

The Japanese billionaire has long followed what he calls a "cluster" strategy -- using investment to build a group of tech companies in a broad array of fields. By having Nvidia bring Arm under its umbrella, SoftBank can add a stronger chip company to the cluster, the thinking goes.

But while SoftBank will be a major Nvidia shareholder, the capital relationship will be relatively weak compared with other companies in the cluster, in which the Japanese conglomerate boasts stakes of 20% to 40%.

To what extent SoftBank will be able to maintain its new connection with Nvidia remains to be seen.