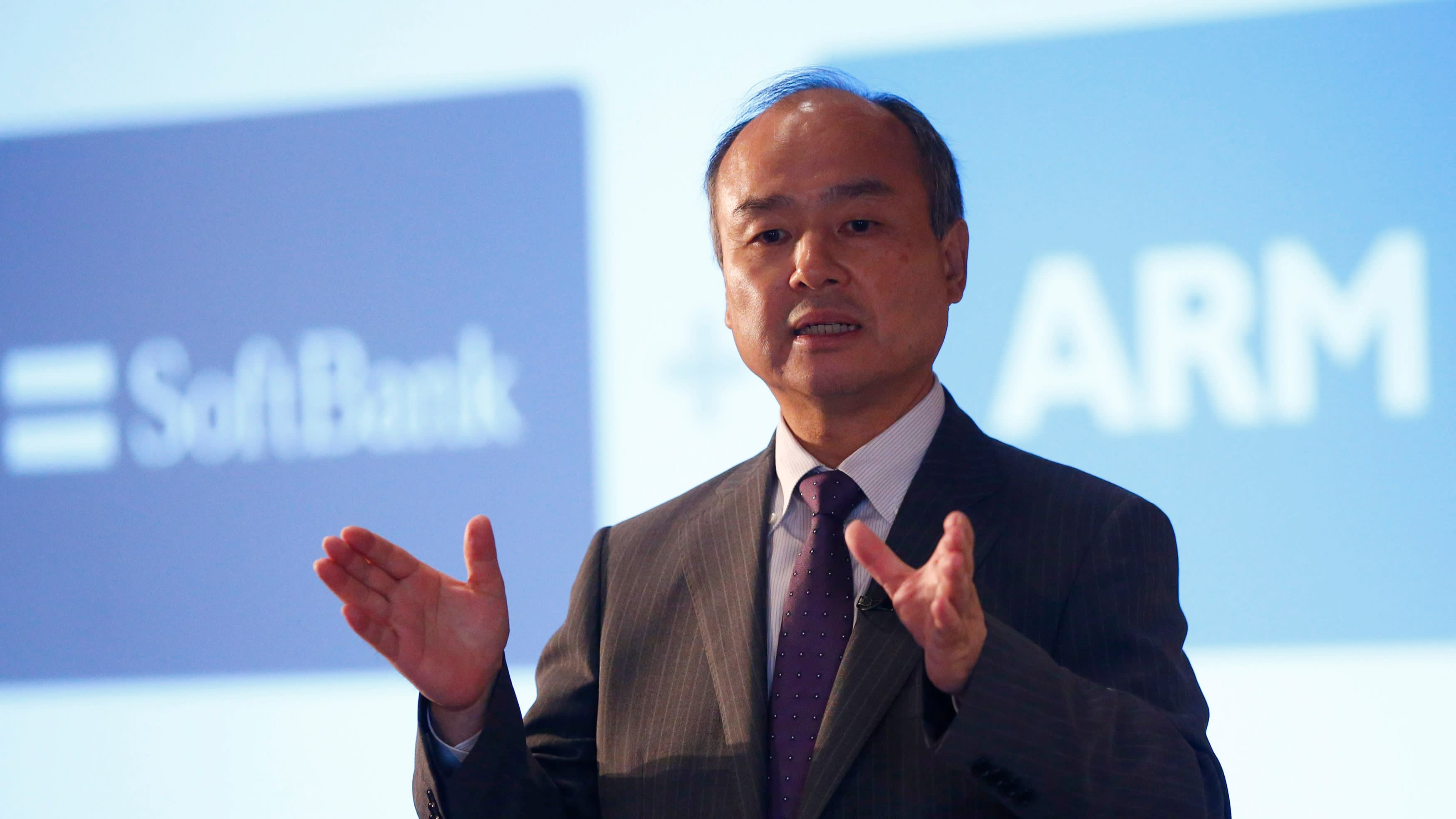 NEW YORK/BEIJING (Financial Times) -- SoftBank is set to sell the U.K.'s Arm Holdings to U.S. chip company Nvidia for more than $40 billion, just four years after its founder Masayoshi Son bought the chip designer and said it would be the linchpin for the future of the Japanese technology group.

Multiple people with direct knowledge of the matter said a cash-and-stock takeover of Arm by Nvidia may be announced as soon as Monday, and that SoftBank will become the largest shareholder in the U.S. chip company.

The announcement of the deal hinged on SoftBank ending a messy dispute between Arm and the head of its China joint venture, Allen Wu, who earlier rebuffed an attempt to remove him and claimed legal control of the unit.

Several people close to SoftBank said the matter was now "resolved", though one person close to Wu said he "remains the chairman of Arm China". A spokesperson for Wu declined to comment.

The takeover values Arm above the $32 billion price that SoftBank paid for the business in 2016, a deal that was struck weeks after the U.K. voted to leave the European Union and prompted critics including Arm's founder to accuse the country of selling off the crown jewel of its tech sector.

While Nvidia is paying more for the asset than SoftBank did, the price also reflects the scale of Arm's underperformance under the Japanese group's ownership.

Nvidia had a market valuation of roughly similar to that of Arm's at the time of the 2016 deal, but now trades with a market value of $300 billion, or roughly 10 times the amount SoftBank paid in cash for Arm. By paying for a large portion of the deals with its own shares, it is also passing part of the risk of the transaction to SoftBank.

For Nvidia, which recently overtook Intel to become the world's most valuable chipmaker, the deal will further consolidate the U.S. company's position at the center of the semiconductor industry. The British chip designer's technology is starting to find broader applications beyond mobile devices, in data centers and personal computers including Apple's Macs.

Arm would transform Nvidia's product lineup, which until now has largely focused on the high end of the chips market. Its powerful graphics processors - which are designed to handle focused, data-intensive tasks - are typically sold to PC gamers, scientific researchers and developers of artificial intelligence and self-driving cars, as well as cryptocurrency miners.

To pave the way for the deal, SoftBank reversed an earlier decision to strip out an internet-of-things business from Arm and transfer it to a new company under its control. That would have stripped Arm of what was meant to be the high-growth engine that would power it into a 5G-connected future. One person said that SoftBank made the decision because it would have put it in conflict with commitments made to the U.K. over Arm, which were agreed at the time of the 2016 deal to appease the government.

SoftBank's Vision Fund previously held a stake in Nvidia, in a rare publicly listed investment for the $100 billion fund that focuses on private technology companies, but divested all of its shares early last year. Akshay Naheta, the 39-year old SoftBank executive who spearheaded that investment, has also been heavily involved in negotiations between the Japanese conglomerate and Nvidia.

The Vision Fund, which is run by Naheta's close ally and former colleague from Deutsche Bank, Rajeev Misra, controls a 25% stake in Arm and will get compensated as part of the deal, another person added.

One person close to the talks said that Nvidia would make commitments to the U.K. government over Arm's future in Britain, where opposition politicians have recently insisted that any potential deal must safeguard British jobs.