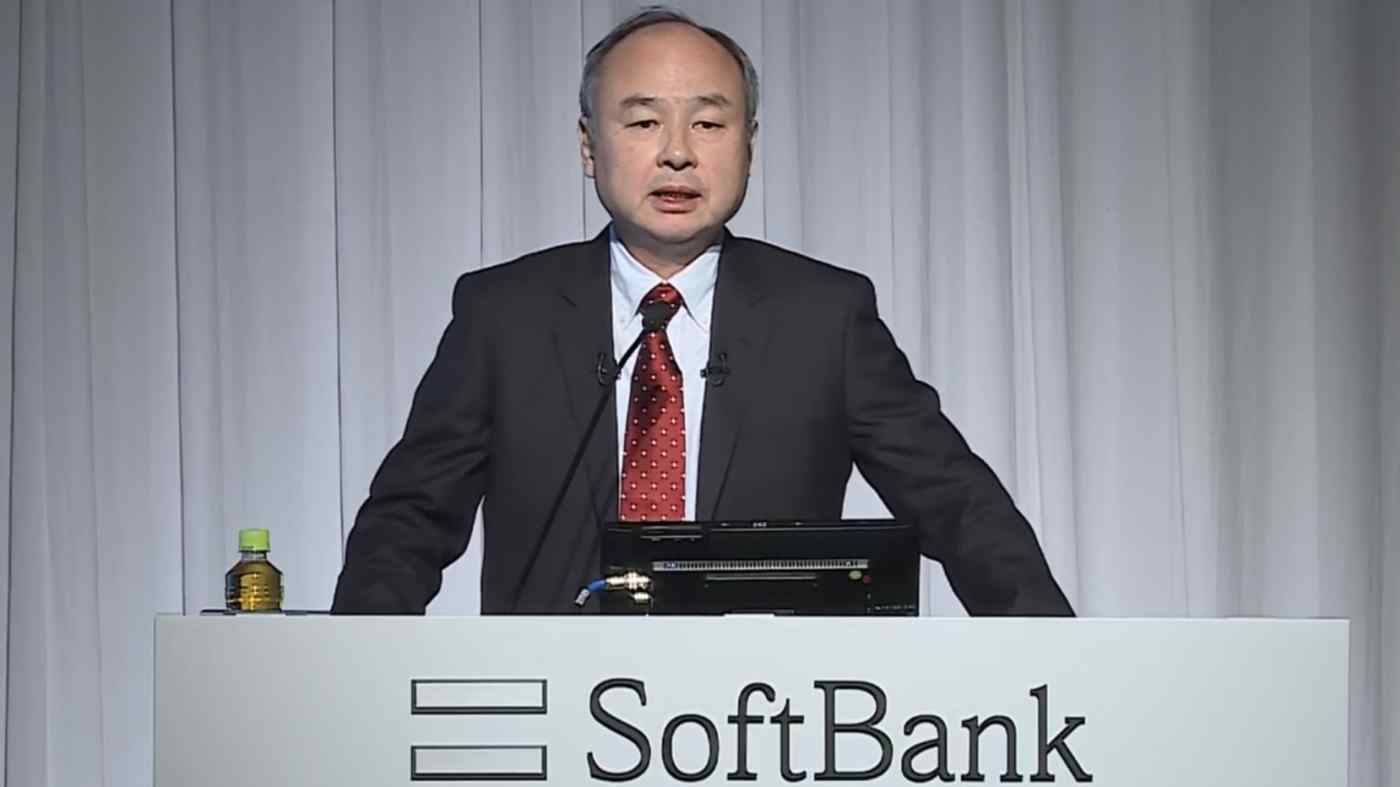 TOKYO -- SoftBank Group founder and Chairman Masayoshi Son said tens of billions of dollars worth of fluctuations in its investment portfolio were "within the margin of error" after an improved performance at its Vision Fund was partly offset by derivatives losses.

"Softbank's NAV (net asset value) can go up and down by 3 trillion yen and 5 trillion yen every three months," Son said at an earnings presentation on Monday. "This is Softbank's new normal. 2-3 trillion yen is within the margin of the error."

The Japanese group on Monday reported a net profit of 627 billion yen ($6 billion) for the July-September quarter, after rising valuations for its tech portfolio.

But its recent strategy of investing in publicly listed tech companies suffered a setback after the asset management subsidiaries set up to hold those stocks posted a loss of $2 billion in the second quarter, mainly due to derivative losses.

Son brushed off concerns over its complex derivatives trades."Derivatives are about 1% of 31 trillion yen (investment portfolio)," Son said. "Many people say that we play with fire. But even if it becomes zero, the [total] value will only decrease by 1%."

The group's quarterly result marks a recovery from a 700 billion yen loss in the same period last year, when SoftBank suffered from a sharp decline in the valuation of U.S. shared office provider WeWork.

The quarterly profit was driven by the near $100 billion Vision Fund and the smaller vehicle known as Vision Fund 2. The two funds reported 1 trillion yen in investment gains, mainly thanks to higher valuations of the first fund's portfolio companies, as well as the surge the stock price in one of the Vision Fund 2's listed investments, Ke Holdings.

SoftBank said it has committed a total of $10 billion in Vision Fund 2.

Its quarterly report listed $16.8 billion of holdings as of September 30, including $6.3 billion of Amazon stock and a $2.2 billion stake in Facebook.

The profits for the quarter were also partly offset by derivatives losses tied to its stake in China's Alibaba Group Holding. SoftBank signed "prepaid forward contracts" in which it received cash from investors upfront in exchange for handing over shares in Alibaba in a few years' time. As part of the arrangement, SoftBank uses derivatives to hedge the risk of fluctuations in Alibaba's stock price.

SoftBank said four of its directors, including Vision Fund CEO Rajeev Misra and Chief Operating Officer Marcelo Claure, resigned from its board. Misra and Claure were reassigned as corporate officers. SoftBank said the aim was to strengthen governance by increasing the portion of external directors.

"There are too many internal board members," Son said. "Their role should be to concentrate on execution side, while [the board] manages and supervises."

Softbank has raised about $50 billion since April by cashing on some of its assets to ease investor concerns about its balance sheet.

Son declined to comment on whether he wants to take SoftBank private but said he was "thinking every day" about the pros and cons of being a listed company.