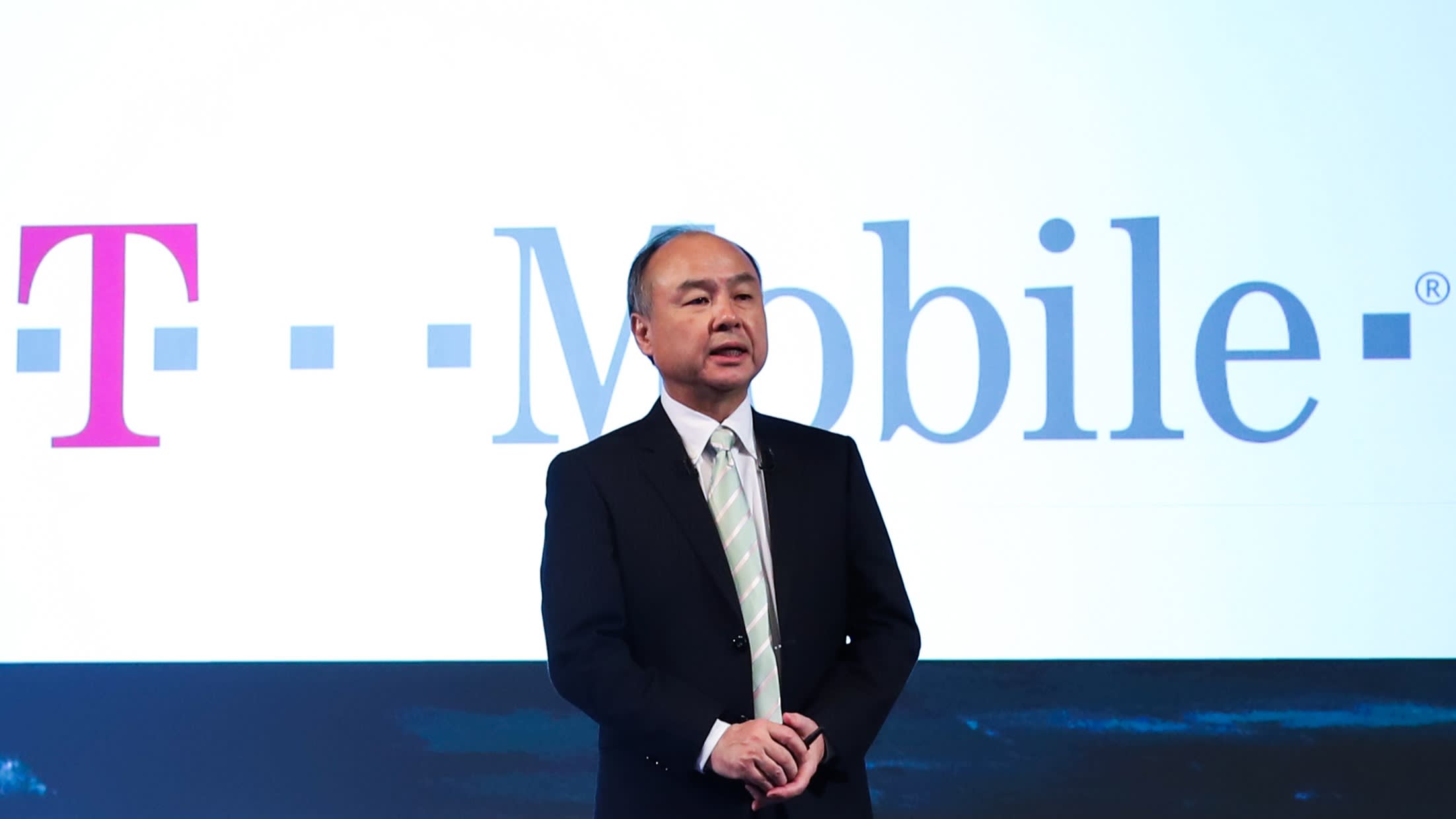 TOKYO -- SoftBank Group said Wednesday it will sell most of its stake in U.S. telecom carrier T-Mobile for $103 per share, bringing the Japanese technology group a $20 billion windfall a day before a closely watched shareholders meeting.

The pricing for the sale was a 3.9% discount to T-Mobile's closing price on Tuesday. The stock has rallied 37% since the start of the year.

SoftBank said it will garner up to $20.1 billion, before underwriting fees and other fees, from the sale, which was initially announced Tuesday. The majority of the shares will be sold through T-Mobile to investors via a public offering, while smaller blocks will be offered to current T-Mobile shareholders.

Another $515 million of shares will be sold to SoftBank director Marcelo Claure.

Separate terms were negotiated for a private offering of up to 19.4 million shares.

SoftBank said the book value of T-Mobile stock was $82.99 on April 1, when it acquired the shares through T-Mobile's merger with SoftBank's U.S. mobile arm Sprint. A simple calculation indicates a profit of nearly $4 billion if it manages to hit the top end of its target range by selling 198 million shares.

After selling off much of its stake in T-Mobile, which currently stands at around 24%, SoftBank will lose the right to nominate four members to T-Mobile's board of directors.

The move marks a major step in SoftBank's $41 billion asset sale program, which was announced in March as the company tires to shore up investor confidence. SoftBank has said it will use the proceeds to buy back its shares and cut its debt.

But the sale of some of its most valuable assets increases uncertainty over the future of SoftBank. Its shares fell 1.8% on Wednesday.