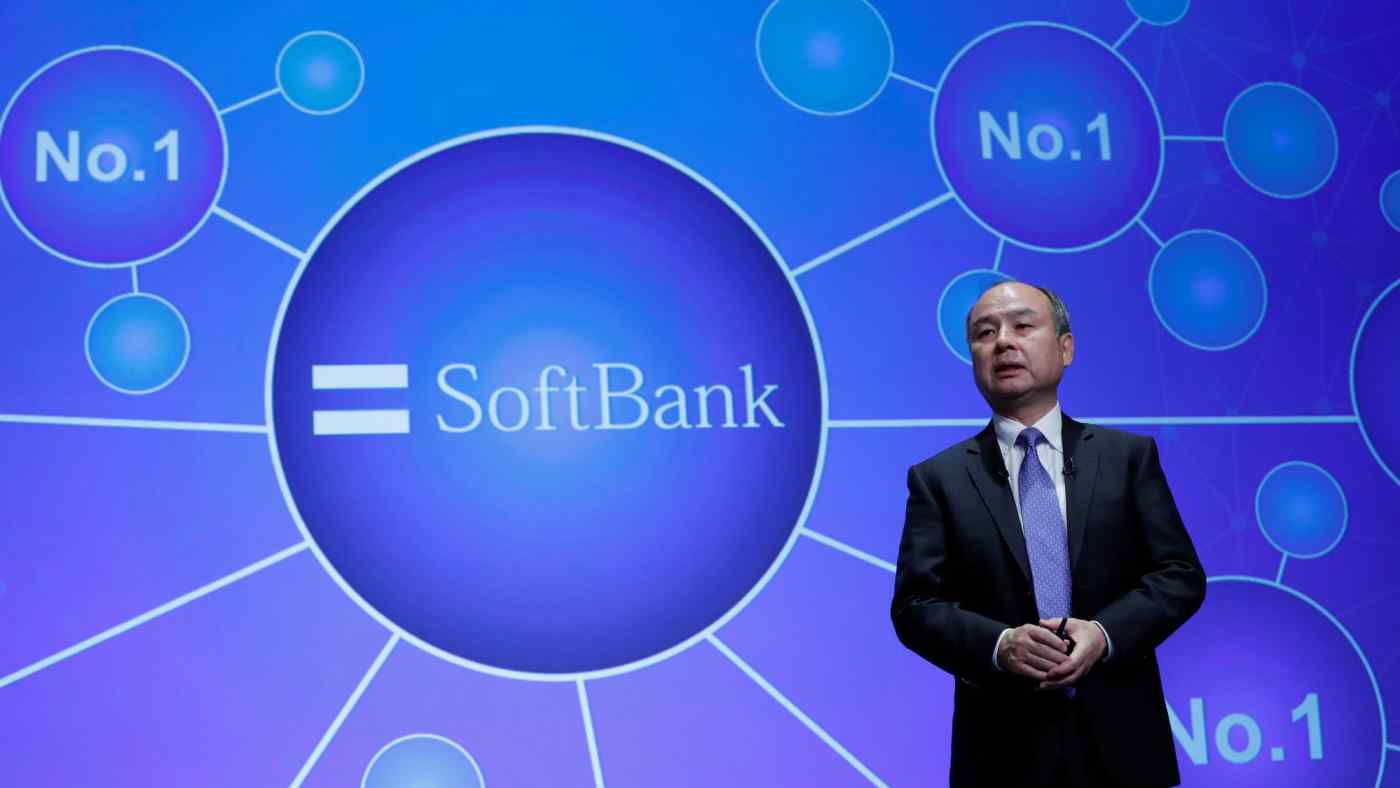 TOKYO -- SoftBank Group is making a quick U-turn on how it finances its tech-focused Vision Funds, opting to tap its own resources instead of seeking outside investors who take a hefty share of investment earnings.

"I think we're at a good place right now," Masayoshi Son, chairman and CEO of SoftBank Group, said during Wednesday's earnings presentation. "We don't have to beg" third-party investors for funding.

Though this shift toward independent financing can prevent much of the money generated by SoftBank's funds from going out the door, it also exposes the Japanese investment group to heavy losses in the event of a major downturn in equity prices.

The first SoftBank Vision Fund, established in 2017 with the backing of Saudi Arabia's sovereign wealth fund and other partners, oversees $98.6 billion in assets. But the fund pays annual fixed distributions to those backers that are 7% of principal. These payments apply to roughly 4 trillion yen ($36.7 billion) of the fund's preferred capital held by outside investors.

Interest payments can reach up to 280 billion yen a year. What's left is distributed as a performance payout to holders of roughly 6 trillion yen of the fund's equity capital, which includes SoftBank itself.

The first Vision Fund has made 92 investments, and it fully cashed out from about a dozen targets as of March 31. The recent buoyant market has made for a favorable investment environment, but a correction could upend SoftBank's strategy to recoup its investments.

Consequently, the 7% promise to co-investors is viewed by SoftBank as a burden.

When SoftBank began preparations for the second Vision Fund in 2019, the group initially planned to recruit outside investors for the vehicle. But finances went south that year, largely due to the WeWork debacle sparked by the failed attempt at a public offering by the SoftBank investment target. Softer equity prices across the board squeezed portfolio performance further, resulting in the original Vision Fund booking investment losses of roughly 1.8 trillion yen.

The second Vision Fund debuted in 2020 with SoftBank footing the entire capitalization. This turned out to work in SoftBank's favor.

The world's advanced economies engaged in government stimulus activity to counter the coronavirus pandemic, a move that pumped extra liquidity into markets. As global markets recovered, a number of Vision Fund targets went public, allowing investments to be recouped. This gave rise to a virtuous cycle in which the first Vision Fund sells off targets, and the proceeds are invested in promising startups through the second Vision Fund.

The second fund's portfolio has grown to $30 billion as of Tuesday, and SoftBank owns all the assets.

As the volatile investment business accounts for a bigger share of SoftBank's earnings, how the group will maintain financial discipline has become an important topic. The Japanese group attaches great importance to its loan-to-value ratio, which compares SoftBank's net interest-bearing debt to the total value of the group's stock in the Vision Fund targets and its separately held shares in Chinese e-commerce leader Alibaba Group Holding.

SoftBank's net interest-bearing debt totaled 3.7 trillion yen when the fiscal year ended in March. The 29.8 trillion yen value of the group's stock holdings puts the loan-to-value ratio at just over 12%. SoftBank aims to keep the ratio below 25% during normal times and below 35% during emergencies.

Yet exposures remain. Alibaba accounts for over 40% of the shares held, and an event similar to the dot-com bubble collapse could quickly erase half the value of SoftBank's tech holdings.