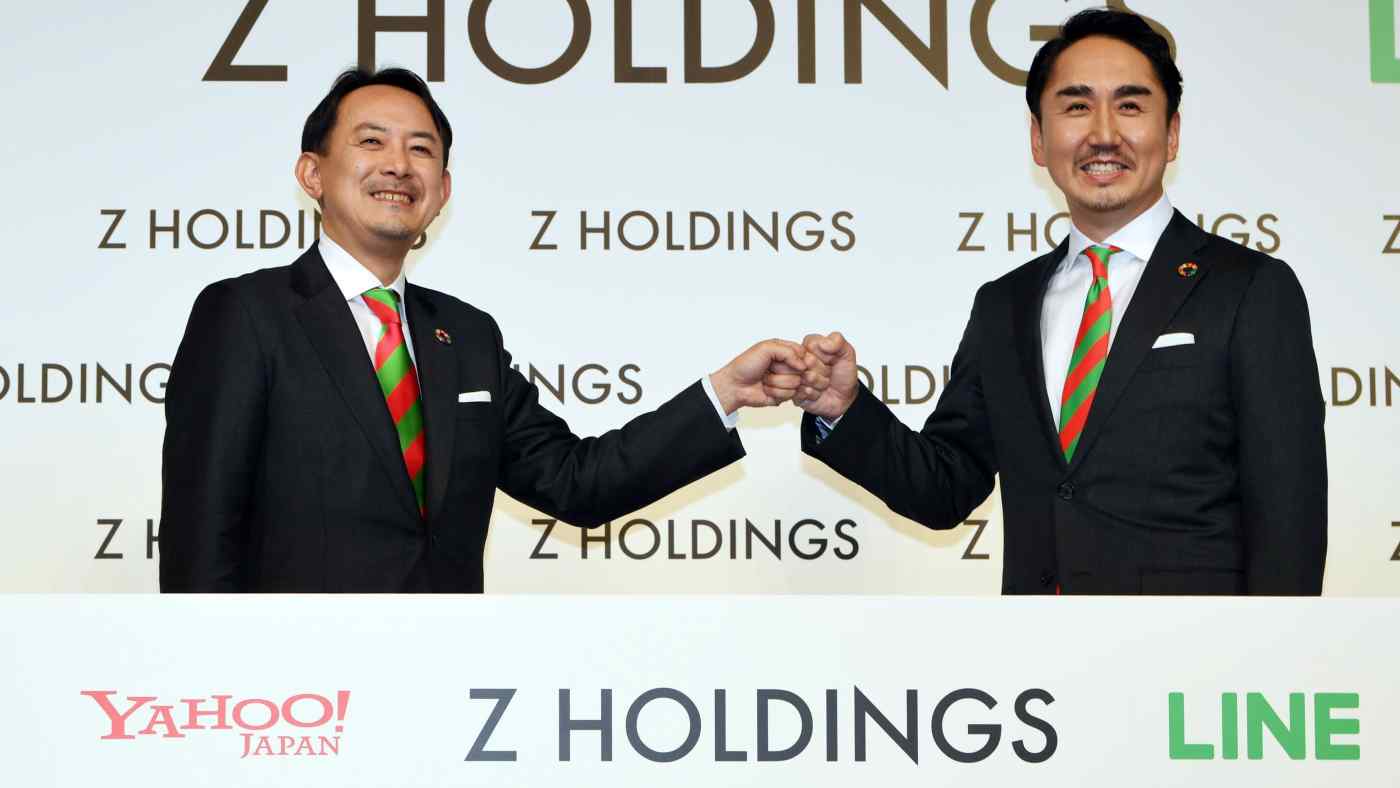 By launching new services and creating synergies in businesses like online advertising, the combined entity aims to generate 2 trillion yen in revenue and 225 billion yen in operating profit by fiscal year 2023.

The business plan is Z Holdings' most detailed strategy yet in countering the growing threat of GAFA -- an acronym for U.S. tech giants Google, Amazon, Facebook and Apple -- in Japan.

"On a global level, our gap with GAFA increased during the coronavirus," Kentaro Kawabe, president and co-CEO of Z Holdings, said during a news conference on Monday. "But inside Japan, our services are more popular."

The merger, which closed on Monday, creates a tech giant with more than 300 million users across messaging, online news and financial services. The original target of October 2020 was pushed back due to pandemic-related delays in the regulatory approval process.

Under the new structure, SoftBank unit SoftBank Corp. and South Korea's Naver each own 50% of Line -- now renamed A Holdings -- which in turn owns 65.3% of Z Holdings. Z Holdings will remain listed on the Tokyo Stock Exchange and will own Line and Yahoo Japan, which runs a popular news site in Japan. It had a market capitalization of 5.1 trillion yen ($47.8 billion) as of Monday.

Observers are watching how the merged entity will streamline overlapping services such as online news and entertainment, as well as integrate financial services offered by SoftBank Group subsidiary PayPay, which runs a fast-growing mobile payment app in Japan. 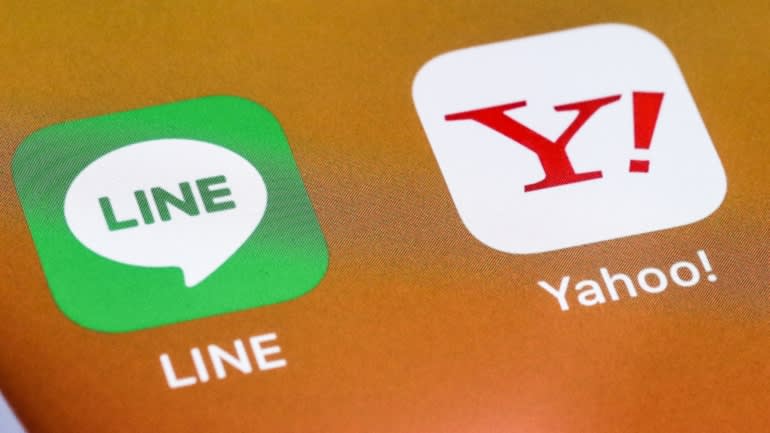 Observers are watching how the new entity will streamline overlapping services such as news and entertainment, as well as integrate existing SoftBank financial services. (Photo by Yuki Kohara)

A new "product committee" led by Jung-Ho Shin, the creator of Line, will meet weekly to discuss integration of services. Three Line executives joined Z Holdings' board of directors.

"How quickly they can create a sense of unity within the different brands will be key," said Kazunori Ito, an analyst at Morningstar. "Building a more complete ecosystem by adding services like finance and shopping will enable [Z Holdings] to better generate revenue from each user."

Successful integration will pose a threat to U.S. tech giants like Google, Amazon and Facebook in Japan, as well as local e-commerce juggernaut Rakuten. For SoftBank, it is also key to creating another cash cow in Japan.

SoftBank's telecommunications business in Japan has been a stable profit generator for years, but the industry is facing a fresh wave of price cuts due to pressure from Prime Minister Yoshihide Suga's administration. Rakuten has also joined the competition by launching its own mobile network last year.

The merger will also give Z Holdings a chance to tap into three overseas Asian markets where Line remains popular: Taiwan, Thailand and Indonesia. Due to a licensing agreement, Z Holdings was able to use the Yahoo brand only within Japan, in general.