SoftBank eyes India for its 'next Alibaba': Masayoshi Son 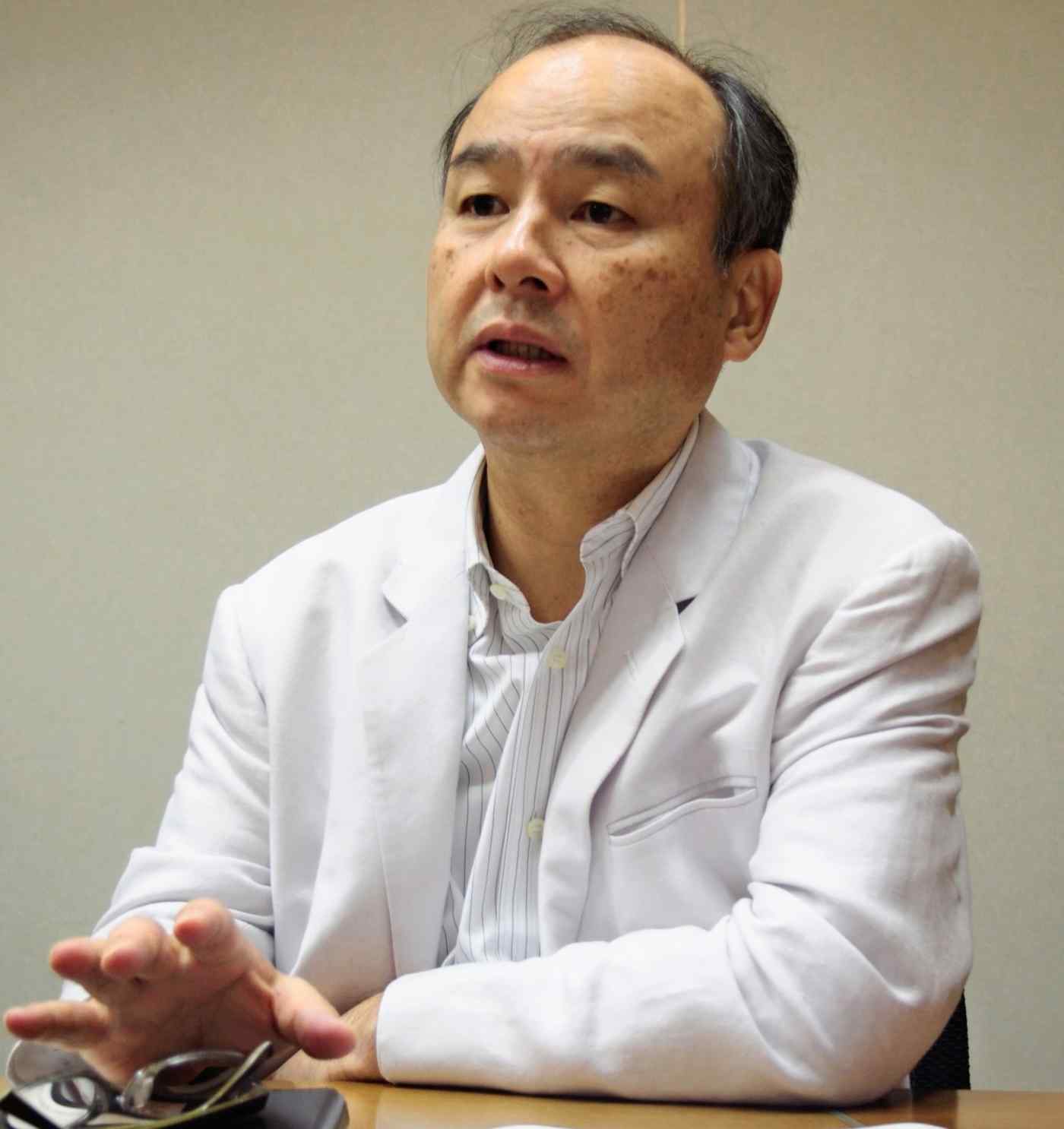 NEW DELHI -- SoftBank chief Masayoshi Son calls India an "extremely exciting market," and he is ready to back that assessment with hard cash. Over the next decade, his company plans to invest 1 trillion yen ($9.16 billion) in the country.

Following his meeting with Indian Prime Minister Narendra Modi on Monday, Son sat down with The Nikkei to discuss his company's plans for the massive market and the world at large.

Q: What did you discuss in your meeting with Modi?

A: I met Prime Minister Modi when he visited Japan last month, and he urged us to invest in India. We feel India will experience significant, stable growth under the new government.

When I met with the prime minister and key cabinet ministers on Monday, I told them that we are ready to invest 1 trillion yen in India in the coming 10 years and that India is a market worthy of it. For now, we have decided on investments totaling around 100 billion yen, and I think we can make a fairly good start.

Our future [in India] will depend on how many attractive investment destinations we come across in the next 10 years. Another key to us is whether India can grow smoothly during the period. Our investment amount is not fixed at 1 trillion yen -- it will change depending on the situation in India.

Q: What requests did you put forward to Modi?

A: I asked him for a rapid expansion of mobile Internet infrastructure in India. Otherwise, it will be difficult to achieve widespread adoption of Internet services. The prime minister said India will develop its economy based on infrastructure investments, and I told him that while the construction of highways for automobiles is important, India should give as much weight to information highways.

The prime minister agreed, and said he has a vision of creating a "Digital India" with one of the world's most advanced information highways and networks. He asked us for advice in reaching that goal.

I also asked for political transparency and deregulation.

Q: How do you assess India as a market?

A: To us, India looks very much like China, where we began actively investing 10 years ago. The Internet companies we are looking to invest in will be unable to grow rapidly without an advanced Internet infrastructure. Although conditions are still not conducive for personal computers and fixed-line telecommunication, mobile-based Internet services will grow sharply. Mobile devices include smartphones and tablets, and with inexpensive, high-performance models available, their use is set to spread rapidly across India.

Lots of people were skeptical when we invested in Alibaba Group Holdings, a Chinese e-commerce company. More than 10 years have passed, and we are now starting to reap bountiful rewards from it. In this respect as well, India is an extremely exciting market.

Q: You invested in Alibaba after interviewing 20 companies. Do you plan to do the same in India?

A: I will meet with top executives of some 10 startups on Tuesday and 15 the following day, hoping to find the next Alibaba. We became interested in Indian e-commerce company Snapdeal two years ago and held numerous talks with its executives in Tokyo. After thoroughly analyzing the company and holding negotiations with its executives, we made the decision to invest.

We are also investing in Olacabs (ANI Technologies), the Indian version of Uber (of the U.S.), a smartphone application for arranging taxi rides that is gaining rapid popularity around the world. We met with Olacab's executives in the U.S. and Japan after the company was introduced to us, and finally decided to invest in it following talks in India this time.

Q: Do you intend to find companies that can grow within India or those that can do business globally, like InMobi (the world's largest smartphone-based advertising company, backed by SoftBank)?

A: Both. Snapdeal and Olacabs have chances of advancing into other markets in Asia. They may form a business alliance with Alibaba in the future. Snapdeal can become a strategically important company [for the SoftBank group] in India. Snapdeal currently generates 200 billion yen in merchandise volume, and the business will likely reach 1 trillion yen in the near future in light of its ninefold year-on-year growth.

Q: What do you pay the most attention to when deciding whether to invest?

A: Business model and management. I check whether managers are devoted to their business, respect teamwork and have high aspirations. These are the basics of management, and they are extremely important in the long run. A company can grow in over the short term, but if its top executive wishes to lead in a way that produces long-term growth, he or she must have human appeal. Otherwise, no one will follow. It is extremely important to examine whether the top executive of a company is engaging and broad-minded.

SoftBank has repeatedly changed its business models [including wholesale of software, publication, fixed-line telecom service and mobile phone service] since it was founded. Decade by decade, business models are very important for a company. But when looking at things in terms of 30-year increments, the fundamental quality of its leader and team of founders is more important.

We do not enter a market by establishing a wholly owned subsidiary or acquiring a controlling stake of more than 50% in a company. We support companies as a partner. Although we become the biggest shareholder in companies by acquiring 30% or 40% of their shares and influence their management, we still expect young executives in various countries to lead their companies.

Looking at India from a global point of view, I think it is best for young Indian leaders to work actively, instead of us controlling [operations in] India from California and Tokyo. People who can recognize and consume the culture of the country concerned can succeed. This is how you get technology or culture to take hold.

Q: You used to say that matters in the U.S. occupied more than 90% of your mind. How about now?

A: Marcelo Claure (former CEO of Brightstar, the biggest U.S. wholesaler of mobile phones, owned by SoftBank) is successfully leading Sprint (the No. 3 U.S. mobile service provider, also owned by SoftBank). I have relegated as much power as possible to him and provide support so that he can manage the company in the way he sees fit. As he knows the business better than anybody else, its management should be left to him.

He is already generating results that justify leaving the management to him. Earnings [at Sprint] are making a turnaround and I feel I can rely on him. He has allowed me to return to the position of overseeing the whole of our operations, including the Internet business in India.

Q: There has been a sharp increase in mergers and acquisitions involving overseas companies over the past month. Where and what kinds of businesses will you target from now?

A: Marcelo is energetically managing Sprint, while Nikesh Arora, who recently joined us from Google, knows the Internet business inside and out. As such, we are ready to further expand our Internet-related investments on a global scale. To do this, we will oversee the whole of our operations while also keeping an eye out for opportunities that may arise in various markets.

The financial leeway we have gained as a result of Alibaba's listing also has important implications. Although we have no intention of selling our assets anytime soon, their increased value has greatly enlarged both our fundraising capacity and the range of options to us. This will allow us to make a variety of moves.