The Buzz Lightyear of the corporate world 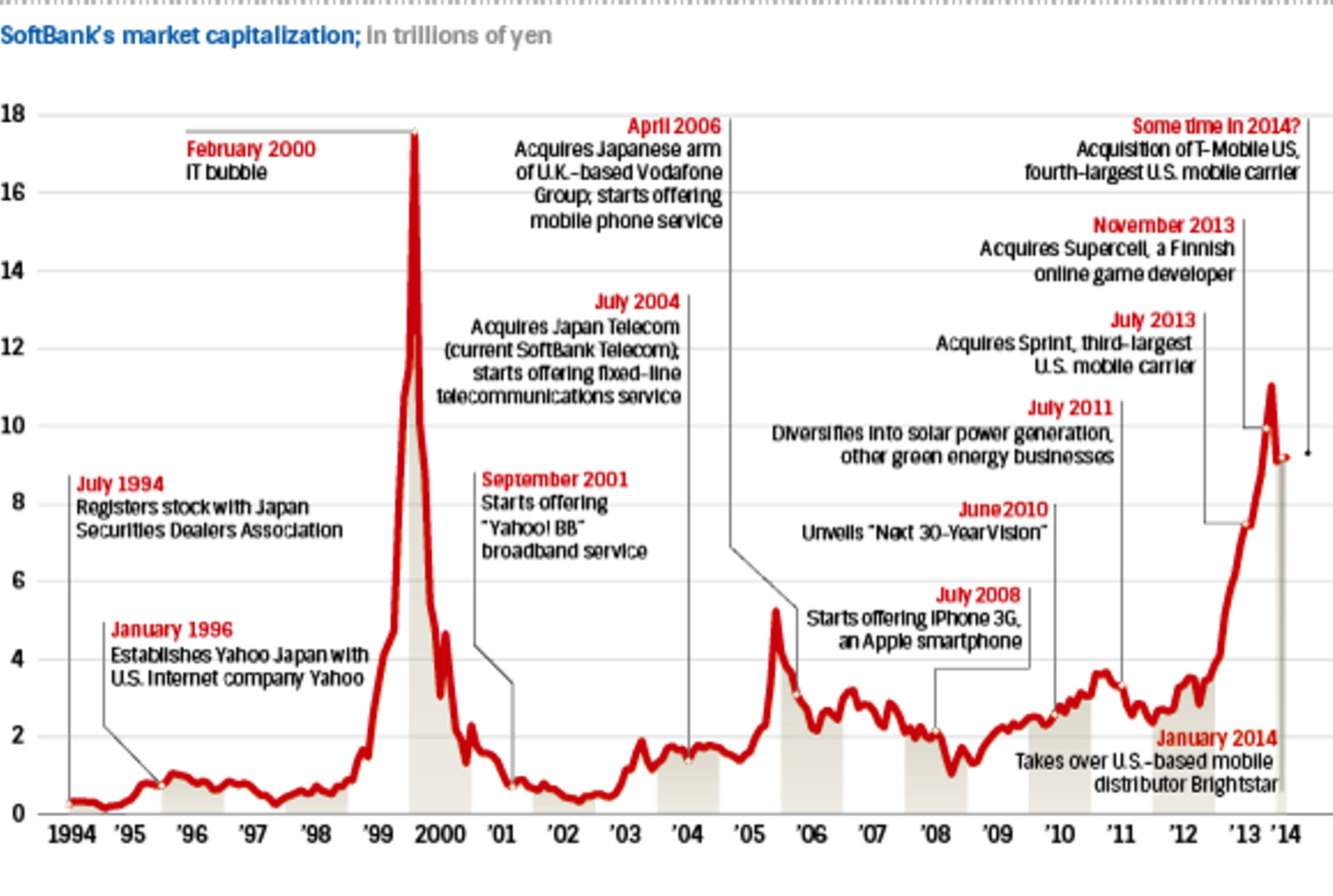 TOKYO -- Perhaps it is too soon to look back at 2013 and remember it as a major milestone in SoftBank's corporate history. But it does mark the company's big U.S. arrival. In July 2013, SoftBank acquired Sprint, that country's No. 3 cellular service provider, for $21.6 billion.

It was Chairman and CEO Masayoshi Son's largest acquisition and is comparable in size to Japan Tobacco's 1.78 trillion yen acquisition of the U.K.-based Gallaher Group in 2007 -- the largest overseas acquisition by a Japanese company until the Sprint deal came in at about 1.8 trillion yen.