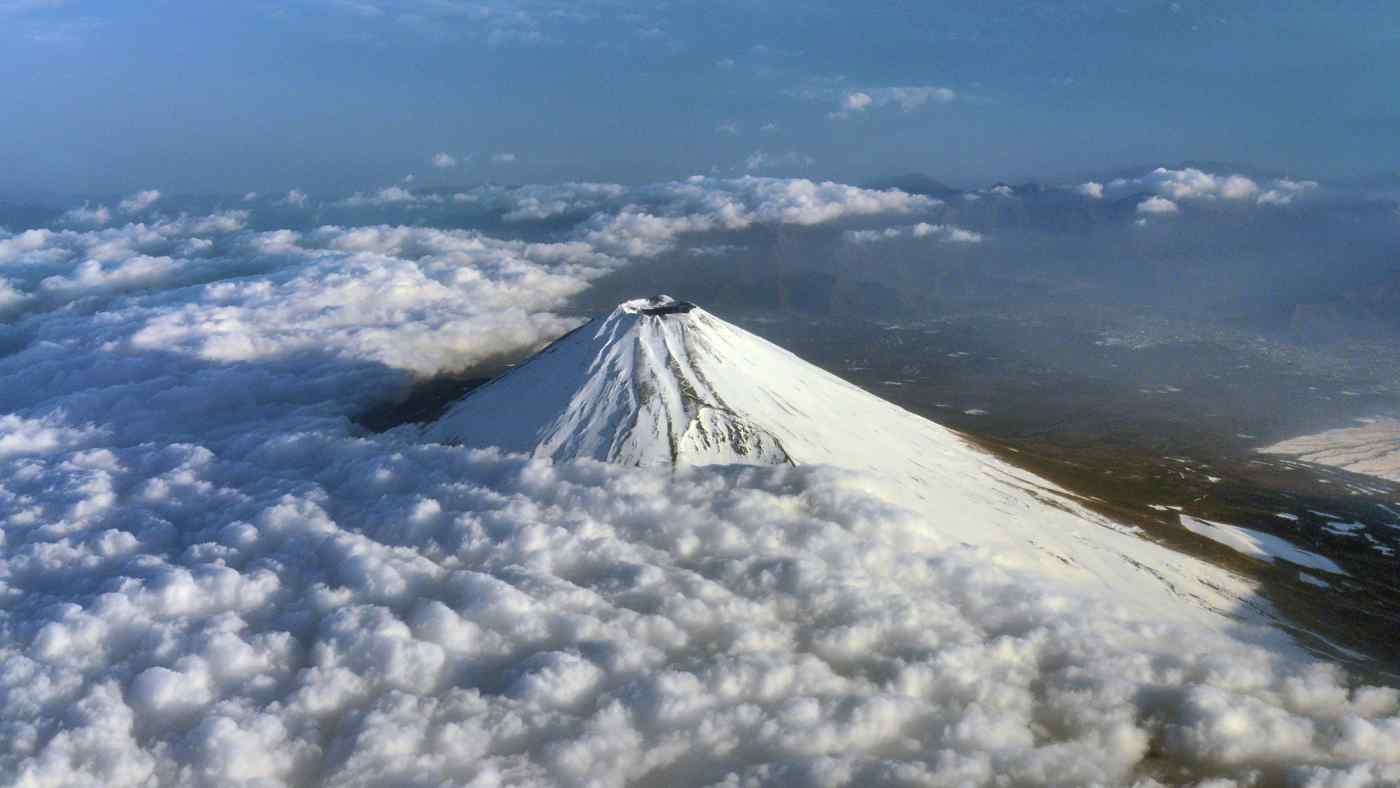 The first policies of this kind will carry an annual option fee of 300,000 yen ($2,735) and guarantee a 10 million yen payout if the Japan Meteorological Agency sets an alert level of 3 -- indicating a volcano should not be approached -- or higher for a particular mountain. The instruments will be sold in units of five or more, primarily to corporate customers.

Companies in the tourism business such as hot spring resorts could use the policies to ameliorate damage to their reputations caused by an eruption -- a kind of volcano insurance. The Sompo Japan Nipponkoa Holdings unit also expects the policies to make it easier for companies to invest in facilities such as factories near volcanoes.

Mount Fuji will be the first volcano for which the policies are offered, with other mountains added later. Sompo Japan has teamed with research institutes to derive the probability of an eruption from records covering the past 1,200 years. The mountain has lain outwardly dormant since its last eruption in 1707, but activity continues beneath the surface. An eruption likely would deal damage to a wide area.

Visitor traffic at sites surrounding Mount Ontake, straddling Nagano and Gifu prefectures in central Japan, lingered at half its normal level a year after that volcano's 2014 eruption. A small eruption in 2015 at Kanagawa Prefecture's Mount Hakone, home to a thriving hot spring industry, clouded tourism there as well.

The recent surge in tourism from abroad makes many of Japan's regional economies more dependent on the hospitality industry. Wider use and availability of Sompo Japan's insurance-like instruments could reduce the risk of investing in hotels and other operations and give companies greater choice in where they locate facilities.