SEOUL -- Celltrion, a South Korean pharmaceutical venture that develops biosimilars by using microorganisms and animal cells, is set to kick off global sales this year.

Biosimilars are basically copycat medicines made after patents on original biologic agents expire. 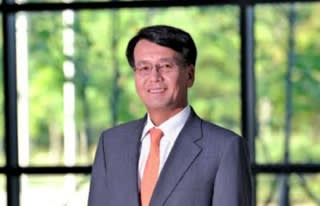 Remsima, a biosimilar treatment for rheumatoid arthritis, has been approved for marketing in Japan, Europe and Latin America. Celltrion has also filed for marketing approval in the U.S.

In South Korea, the company has received approval for a breast cancer drug, Herzuma, and clinical tests are being conducted on lymphoma treatments. Celltrion plans to sell one to two new products every year.

Founded in 2002, Celltrion started out as a contract manufacturer for Western pharmaceutical companies. It ventured into biosimilars in 2008.

The process of developing and manufacturing biosimilars requires advanced technologies, whereas producing generic drugs requires only chemical synthesis. Celltrion has received increased recognition in this area, drawing on its experience as a contract manufacturer.

The company logged group sales of 471 billion won ($438 million) and an operating profit of 201.4 billion won in the year through Decemmber 2014.

It said 90% of the biotechnology-based drugs market is dominated by nine developed countries, including Japan, the U.S. and Germany, and that it expects the market to grow further. The company's two plants have the capacity to produce a total of 140,000 liters of protein drugs per year. The first plant is licensed by U.S. authorities, and the second plant satisfies similar standards. A third plant, which is to have the capacity to produce 90,000 liters of protein drugs per year, is expected to be completed soon.

In November, Celltrion started selling Remsima in Japan through Nippon Kayaku. Kim Hyeong-gi, president of Celltrion, said Japan is a large market and has similar social conventions to those of other Asian countries. "It provides important insights for our strategies," he said.