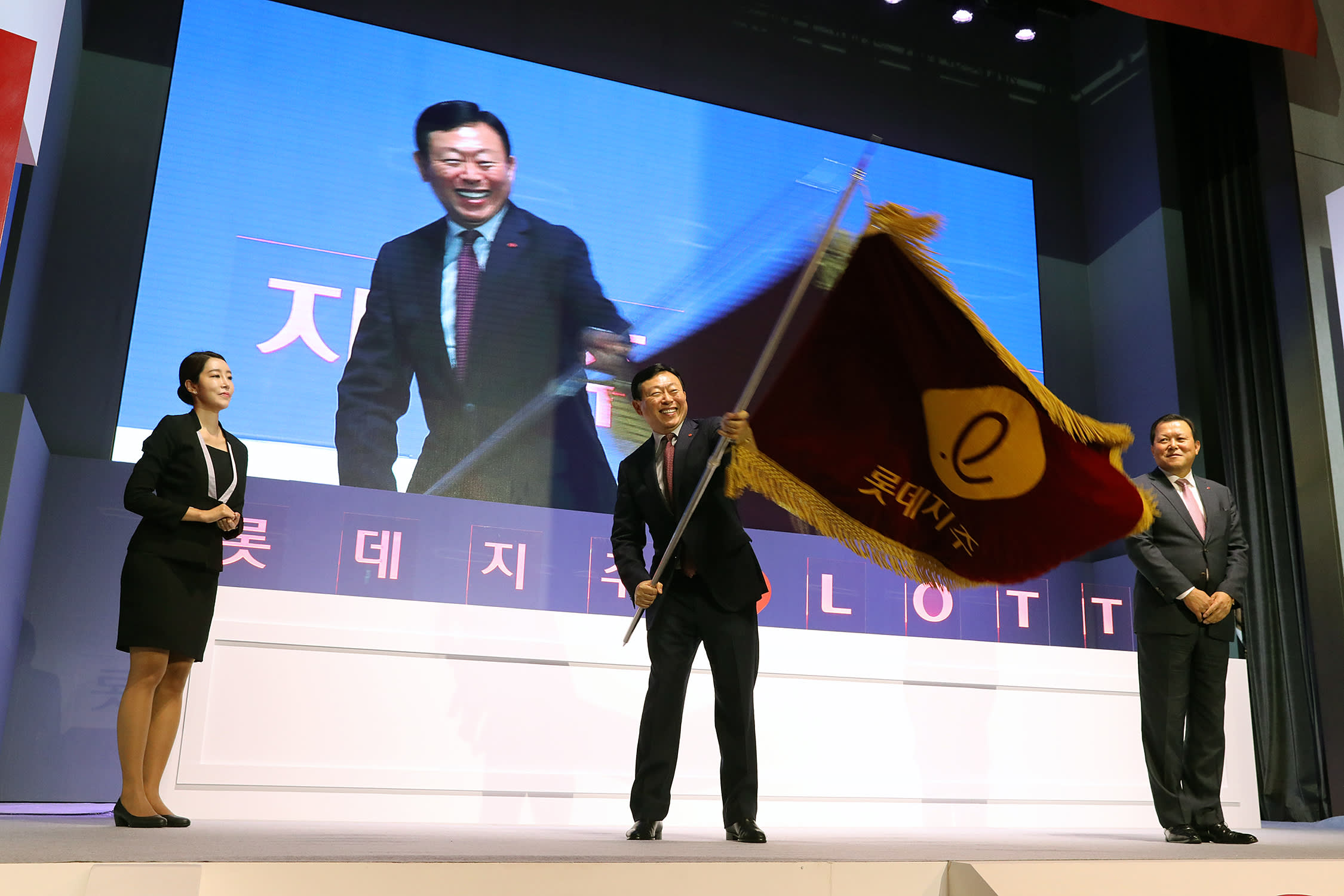 SEOUL -- South Korea's family-run conglomerates are struggling to keep up with changes wrought by the new liberal government, as they try to improve corporate governance and deal with criminal charges against their owner family members.

Lotte announced Thursday the launch of Lotte Corporation, a holding company which controls 42 affiliates including four key listed subsidiaries -- Lotte Confectionary, Lotte Shopping, Lotte Chilsung Beverage and Lotte Food. Lotte said the holding company, which has been created in an attempt to streamline the group's governance structure and improve transparency, would be listed on the benchmark KOSPI on Oct. 30 along with the relisting of the four main companies.

"With the launch of Lotte Corporation, we herald our vision which is to boost management transparency and to create new corporate values," said Shin Dong-bin, chairman and chief executive, at the launch event. "It will help Lotte group develop and innovate sustainably." The Lotte Department Store in central Seoul is run by Lotte Shopping, one of the four major listed companies under the new holding company Lotte Corporation. (Photo by Takaki Kashiwabara)

Samsung also examined the pros and cons of adopting a holding company structure last year following pressure from shareholders, but gave up the plan. It said there were few benefits but many obstacles, including the need to make divestments between affiliates, which it saw as having a negative effect on its stock price.

In the end, the more pressing issue for the country's largest conglomerate is the criminal charges of corruption against Samsung Electronics Vice Chairman Lee Jae-yong, heir of the group. On Thursday, the 49-year-old attended his first trial at the Seoul High Court, one-and-half months after a district court sentenced him to four years in prison for bribery and embezzlement.

During the hearing, Lee, wearing a black suit and looking at ease, listened carefully to both attorneys and prosecutors. He said nothing except to confirm his date of birth and address to the chief judge.

President Moon, who previously advocated for trade union leaders as a labor lawyer, has taken a tough stance on chaebol groups, vowing to cut the notorious collusion between power elites and corporate leaders. The government plans to raise the corporate tax rate for the top segment to 25% from 22%, as well as push for contract workers to be made permanent employees.

However, the administration is vowing to protect local conglomerates in the trade war against foreign countries, particularly the U.S. The Ministry of Trade, Industry and Energy hosted a meeting on Wednesday with Samsung Electronics and LG Electronics to share information and discuss ways to deal with the U.S. International Trade Commission's recent determination that increased imports of large residential washing machines are harming U.S. industry.

Despite the chaebols' challenges at home and abroad, their share prices are rallying thanks to expectations of better earnings in the third quarter and a recovery in the global economy. Shares of Samsung Electronics rose 0.29% to 2,740,000 won on Thursday, jumping 6.9% over the last four sessions. The benchmark KOSPI climbed 0.68% to 2,474.76, hitting a fresh record high.