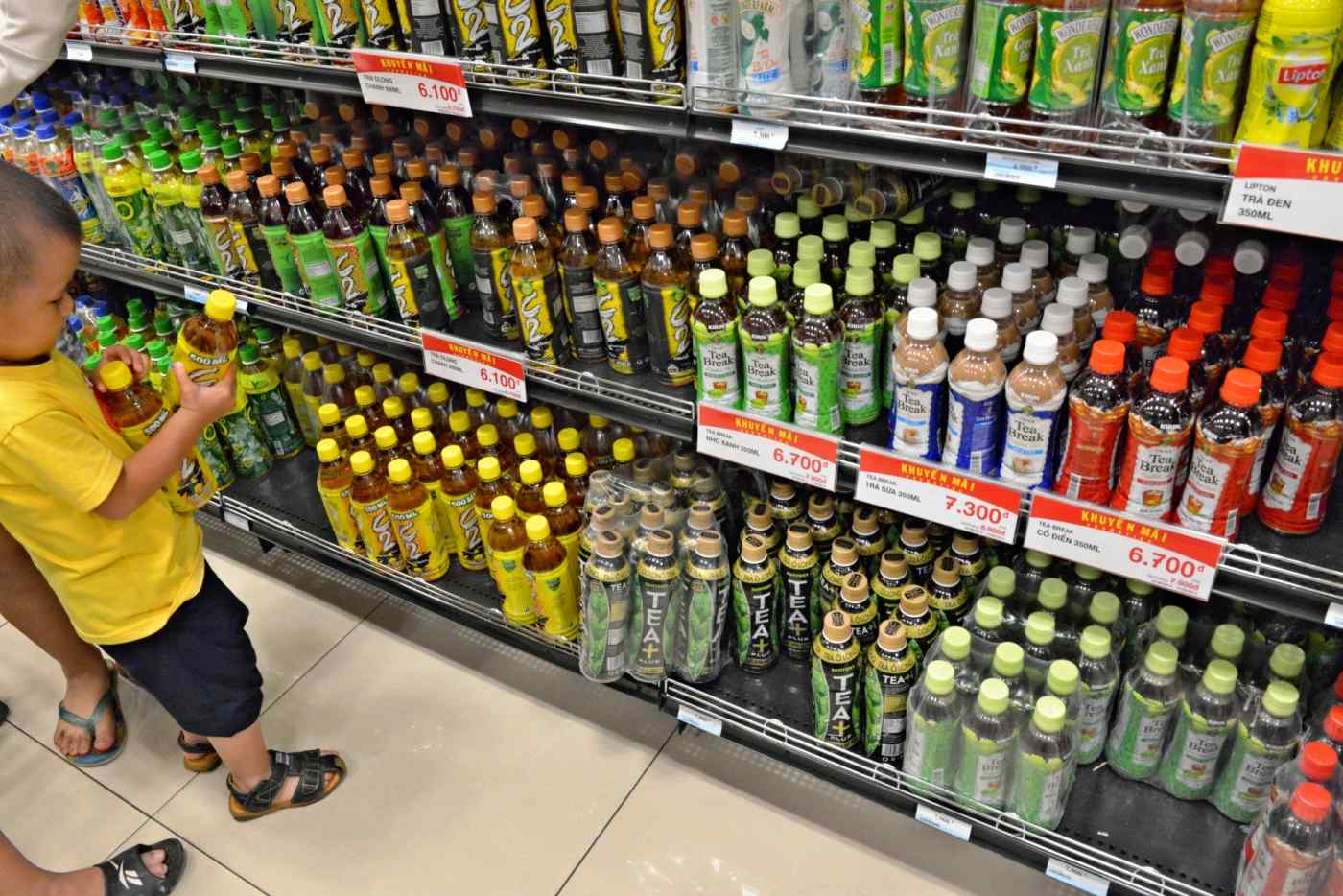 Ito En's green tea is 25 baht ($0.78) per bottle, higher than its rival products, which cost between 12 baht to 20 baht. However, Ito En is confident Thai consumers will be able to taste the difference.

As bottled tea catches on in Southeast Asia, companies worldwide are rushing to tap into this growing market. Major Thai beverage companies, Oishi Group and Ichitan Group, have launched sugar-free green teas with Japanese characters printed on the bottles.

The U.S. soft drink titan Coca-Cola is also adapting quickly to a change in market trend. In Singapore, convenience stores sell the company's bottled green tea, Ayataka. The sugar-free drink is a version of a popular tea by Coca-Cola (Japan), but has been made less bitter to suit local tastes.

Coca-Cola has not always been a major player in the bottled tea market, but managed to come from behind by riding the wave of the health boom.

Economic development in emerging countries has seen a rise in soda consumption. However, that tends to slow once incomes reach a certain level and consumers become more mature and health-conscious.

The soda market in Indonesia, Malaysia, Philippines, Singapore, Thailand and Vietnam is worth about $8.7 billion combined, up 50% from 2004. However, the share of soda beverages in the soft drink market has dropped to about 30% in recent years. By contrast, the tea beverage market in these countries has grown by 370% combined.

Suntory Beverage & Food introduced its oolong tea to Thailand, Vietnam and Indonesia last year. The tea contains ingredients that curb fat absorption, although sugar has been added to cater for local tastes. Even so, Suntory believes the tea will appeal to the health-conscious.

Suntory is the third-largest bottled tea maker in Vietnam after first-ranked Tan Hiep Phat Beverage Group and another rival. Park Hong-sik Park, CEO of Suntory Beverage & Food Asia, said it aims to be the top brand in Southeast Asia in three years.