Startups wage war at home and across Asia 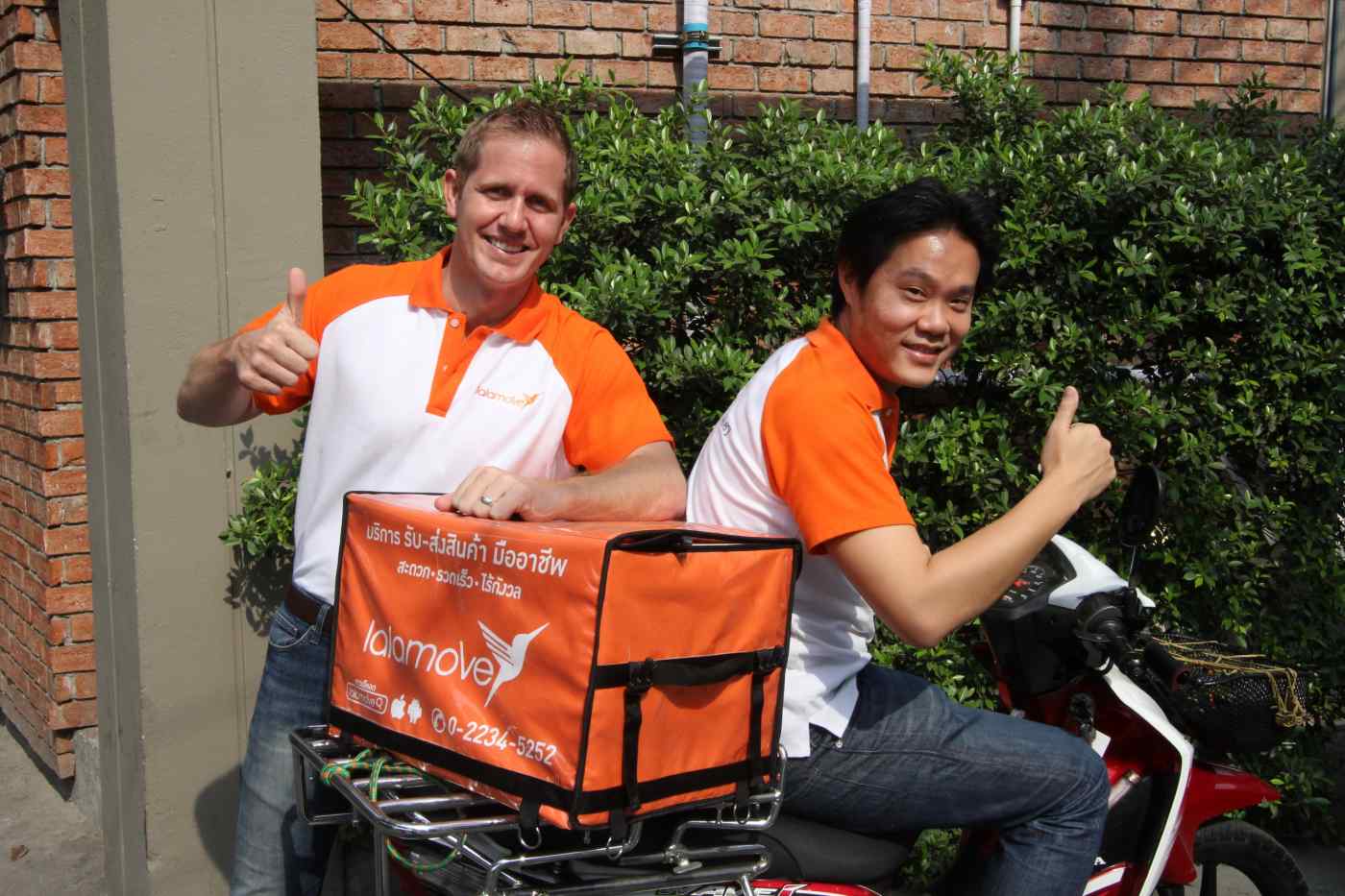 Every day, thousands of freelance drivers in major Asian cities wait outside warehouses for new orders but they rarely know where their real customers are. The business of lalamove, formerly EasyVan, fills this gap -- matching customers with vans via Web and mobile apps to provide an on-demand delivery service.

Hong Kong-based lalamove has yet to celebrate its third birthday but it is already a sprawling business with 30,000 van drivers in its network across Asia -- in Bangkok, Taipei, Singapore and 11 Chinese cities. "Our immediate goal is about market share," Blake Larson, the company's head of international, told the Nikkei Asian Review.

The eagerness to grow quickly comes with a reason. Lalamove is far from alone in a crowded business environment in Hong Kong, where delivery startups have mushroomed recently. Local company GoGoVan is offering an identical service; U.S.-based Uber is stepping into the logistics sector in Hong Kong with UberVAN to compensate for a setback in its taxi business. SF Car, an offshoot of China's courier giant SF Express, is the latest to join the game.

What separates these startups from logistics providers like DHL is that they do not hire their own drivers, nor do they own or rent vans and warehouses. All they have is a network of subcontractors who deliver items as varied as flowers, pets and construction materials. They also focus on the "last mile," or package delivery to customers' doorsteps, often the most expensive leg of the delivery process.

LOW BARRIERS   The on-demand delivery industry has relatively low barriers to entry. The supply of van drivers is rarely an issue because in Hong Kong, the licensing of couriers is less regulated than in the taxi industry, where a license costs 7 million Hong Kong dollars ($902,000), more than many apartments. Because almost any developer can create a similar van-matching app, speed is the name of the game. Building an effective network quickly, industry watchers say, is vital to survival. 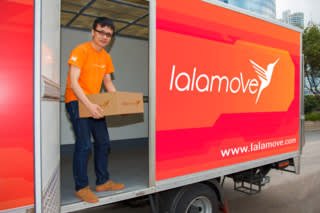 Since its launch in July 2013, first mover GoGoVan has ventured beyond Hong Kong into major Chinese cities such as Beijing and Shenzhen, as well as Seoul, Taipei and Singapore. Southeast Asia is next on its radar.

GoGoVan's rapid expansion will be helped along by the company's asset-light model, said co-founder Reeve Kwan, as logistics providers nowadays tend to typically outsource their transportation needs to third parties. "They can scale up and down the logistics capacity easily [to] prevent capital investment on vehicles and hiring people," Kwan added.

Last June, Swedish furniture company Ikea launched a midnight mega sale in one of its Hong Kong outlets but delivery services were suspended for the night. GoGoVan immediately announced an additional service for shoppers -- at double its usual price.

Big sales are just examples of where these startups are tapping into now, especially sales events from sizable companies, said Kevin Tsui, an associate professor at Clemson University's economics department, who had researched the industry. "There isn't much room left for a simple van-matching service targeting individuals because you only have so much demand in the market," he added.

GoGoVan is not the only one targeting corporate clients. Rival lalamove, which was founded as EasyVan by Shing Chow in late 2013, has also partnered with Google to deliver its Nexus smartphones; in Singapore, it has an alliance with Ikea.

"[Our niche] is the business segment for sure," said Larson, adding that each company would have a different focus as the industry evolved. "Helping to move somebody's apartment would be very different from delivering an e-commerce parcel. It's just very hard to do one and the other very well."

SF Car, despite being a latecomer, is focusing on providing customized logistics solutions for small and midsize enterprises. The Shenzhen-based company is expected to use its parent's extensive resources, which include warehouses and parcel lockers, to grow its market share.

"The growth of small and medium-size enterprises and the boom in e-commerce are the key drivers of logistics demand," said Pan Ip, head of SF Car, which has plans to recruit 10,000 registered drivers this year as daily bookings have reached the thousands since its launch a few months ago.

Observers said mergers and acquisitions will be a logical step for delivery startups to end their war of attrition.

GoGoVan claims a 60% market share in Hong Kong with 20,000 vehicles and 70,000 registered drivers in its network across Asia, against lalamove's 30%. The former said it would acquire a few call centers last year.

"What GoGoVan is buying is a bunch of contacts that will become its biggest asset," said Hung Wing-Tat, a transport expert and professor of civil engineering at the Hong Kong Polytechnic University, commenting on the deals.

CALL CENTER KILLER   Since their appearance, delivery startups have largely replaced the traditional call center industry, which was fragmented and inefficient. Call centers had hefty overhead costs including the rental of equipment such as radio transmitters and workers' salaries. Thanks to the Internet, the process of van-matching can be done in real time at much lower cost.

"It's no doubt a technological breakthrough," said Polytechnic University's Hung. "But how these companies can really profit is a bit of an unknown. What seems most valuable is customer information they can tap into for future businesses."

Consolidation of delivery startups is also expected to accelerate after two of China's leading taxi apps Didi Dache and Kuaidi Dache -- respectively backed by prominent Internet companies Alibaba Group Holding and Tencent Holdings -- announced a merger last February. "An alliance like this can prevent a price war as some of these companies have already been burning money for some time," said Clemson University's Tsui.

For now, many of these startups do not impose a fee on customers for using their apps. Only drivers are charged a commission of 10% to 25% on each transaction. Some are counting on venture capital to sustain their business. GoGoVan, for instance, received an injection of $10 million from Chinese social networking site Renren last year for its expansion.

Lalamove has received $20 million in two rounds of funding led by investors including MindWorks Ventures, China's Crystal Stream Capital, and several others from Taiwan and Singapore. But like most of its peers, the company has yet to break even. "That's not our priority," said Larson. "Because the efficiency of our system is built on the density of our network."

In 2014, it took less than three weeks for lalamove to build a fleet of several thousand drivers in Singapore. The company is now looking to expand into less developed markets in Southeast Asia and southern China. "You can do cities like Hong Kong or Singapore, but the ones that have 10 million-plus people offer a lot of potential," Larson said.

Asian capital cities like Bangkok have an average population size of 12 million. China's southern Guangdong Province alone -- home to cities such as Guangzhou, Foshan, Dongguan and Shenzhen -- is a market of 100 million people.

But for now, a rule of thumb for lalamove's expansion is: The more fragmented and unregulated the market, the better.

"We add most value in large cities where [logistics] supplies are very fragmented such as in Bangkok ... and cities that have similar dynamics to that," Larson said. "We are looking at Jakarta, Manila, Hanoi, Ho Chi Minh City, Kuala Lumpur, Yangon and many more."