TOKYO -- Kamakura, a city about 50 km southwest of Tokyo, attracts some 20 million tourists a year, making it one of the most popular destinations in the metropolitan area.

A lesser-known fact about the onetime political capital of Japan is that it is home to a collection of startups that took root in the early 2010s, forming what later came to be known as "Kamacon Valley," after the famed tech cluster in California.

Recently, a broader range of companies, including some outside the technology sector, have opened headquarters in the city, giving newer entrepreneurs access to more experienced mentors.

One recent arrival is PoliPoli, which was incorporated last year. The company's product is a political debate app that gives people a platform to talk about policy issues and brings politicians into the discussion.

In January, the company moved into a shared office in the city. "Kamakura is just the right location for our vision to renew politics as we know it," said Kazuma Ito, PoliPoli's founder and CEO. Ito, a student at Tokyo's Keio University, says glitzy places such as Tokyo's Roppongi district do not appeal to him.

"Rather than Tokyo, the center of everything, I wanted to have our headquarters in Kamakura because you have a lot of nature there, and there are fascinating people," he said.

Kamakura, where the shogun Minamoto no Yoritomo established Japan's first hereditary military government in the late 12th century, is about an hour from central Tokyo by train. Its beautiful beaches and historic sites attract many visitors. 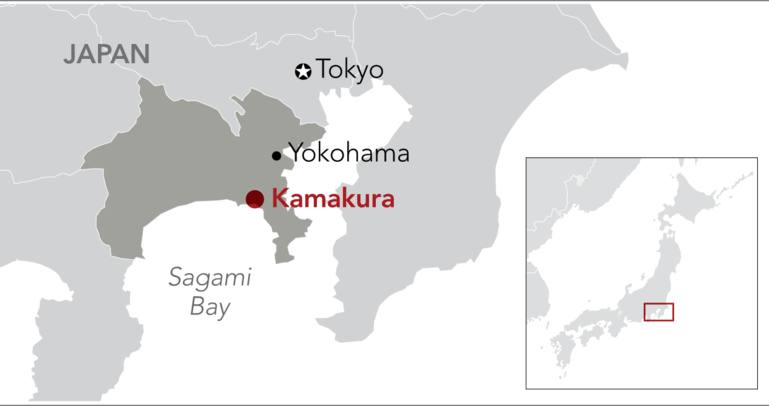 But its very popularity presents a problem: Traffic to and from Tokyo is often snarled, and height restrictions on buildings aimed at preserving the scenery, including around Kamakura Station, make the city less than ideal as a business center.

One contributor to Kamakura's growth as a startup hub was a project begun in 2013 by seven companies, including online advertising company Kayac; Lancers, a crowdsourcing platform operator; and Murashiki, which operates e-commerce sites. They dubbed the project "Kamacon Valley."

The group later founded a nonprofit called Kamacon to manage the project. The nonprofit is made up of more than 30 corporate and 120 individual members who gather once a month to discuss community development and regional issues.

Microstay, a company that allows people considering a move to try out a place temporarily, was created through discussions at Kamacon. The nonprofit also operates a crowdfunding site called Iikuni to help entrepreneurs turn their dreams into reality.

Kamakura Mayor Takashi Matsuo has called Kamacon a "key asset" for the city.

Kayac, a major player in Kamakura's startup scene, moved its main operations to Kamakura's larger eastern neighbor, Yokohama, in 2012, after the company outgrew its original location. Lancers relocated to Tokyo's Shibuya district the following year. Kamacon had lost a couple of its leading lights, but managed to hang on. Then, last November, Kayac moved back to Kamakura, bringing about 300 employees with it.

Kayac has opened Machi no Shain Shokudo ("town cafeteria"), a restaurant that serves employees of local companies at discounted prices. It has also teamed up with Toshimaya, maker of Kamakura's well-known dove-shaped souvenir cookies, to run a nursery.

Kayac CEO Daisuke Yanasawa said he sees his company as one that "collaborates with a variety of people in the local community and lives with them." 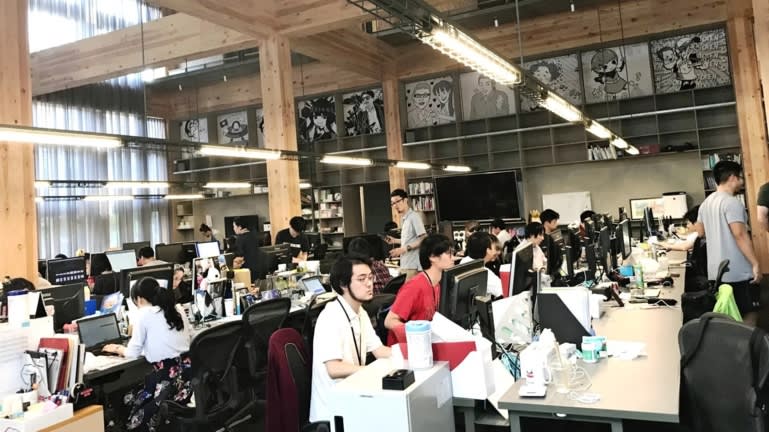 Kamacon's early members were mostly in information technology, but these days their backgrounds are more varied. Inaho, which makes vegetable-harvesting robots, was founded two years ago in the Zaimokuza district, a magnet for surfers.

Inaho CEO Yutaka Hishiki was born and raised in Kamakura. At one Kamacon meeting, he met some local farmers, one of whom was having trouble with weeds. Intrigued, Hishiki visited the farmer the next day. Their conversation inspired him to set up his robot business. Another Kamacon attendee became Inaho's first outside shareholder.

Japan's economic and political center of gravity may have shifted northeast, but Kamakura proves that it is possible to teach an old town new tricks.