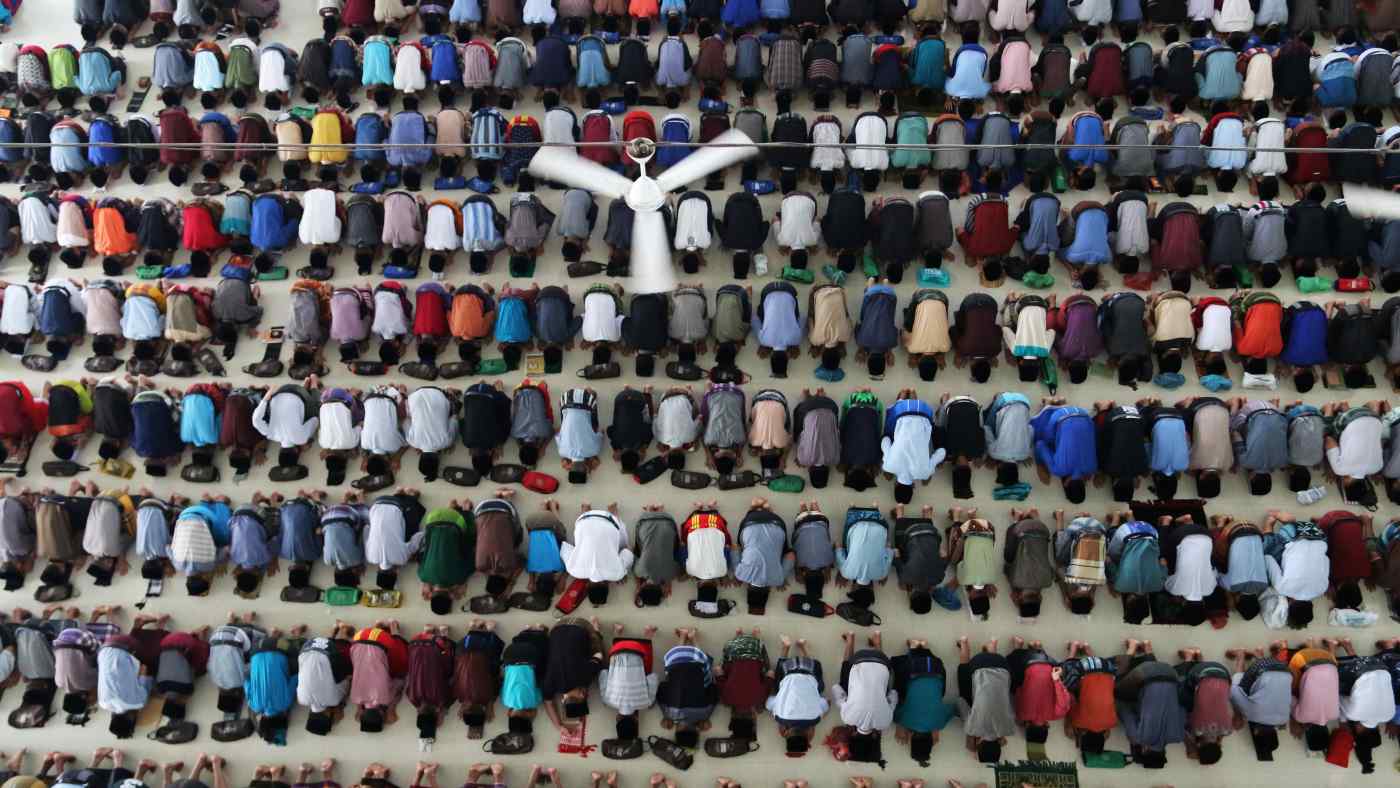 JAKARTA -- The internet can be difficult for Muslims to navigate as forbidden content is rife, but many Asian startups are providing their own answers to Facebook and Google for Islam's 1.8 billion followers by offering platforms that are Sharia-compliant.

Investors are increasingly interested in so-called Muslim tech - companies and platforms that offer services that fall within Sharia law and that uphold Islamic values.

"Muslims represent almost 24% of the world's population, but they are only generating 8% of the world's GDP," said Thomas G. Tsao, founding partner of venture capital firm Gobi Partners. "There is a mismatch of opportunities." The Pew Research Center estimates that Islam will have the largest following among major religions by the end of this century.

That this market is huge has not escaped investors. Gobi already invests in Sorabel, an Indonesian fashion startup, and HolidayMe, a Dubai-based online travel site that offers bookings for hotels equipped with women-only pools and prayer halls, for example. In March, Gobi announced the launch of a $20 million fund to back early-stage startups in Pakistan.

Another company that has attracted the attention of investors is Salam Web Technologies MY which made its debut in Malaysia in January. The browser displays warnings about websites that are not in keeping with Islam's teachings. For example, if a user enters the search word "casino," the browser will display a warning about inappropriate content. The app also offers chat features and a compass that points to Mecca.

The company plans to invest about $100 million to expand into e-commerce and financial technology. "It's going to be an Islamic Google or Facebook," Hasni Zarina, managing director at developer Salam Web Technologie, said.

"This browser is very convenient for us as Muslims. When we use SalamWeb, it feels more convenient and safe," said Najimiah, a Malaysian who has been using SalamWeb.

SalamWeb's developer was keen to stress that the browser does not censor objectionable content but gives users the choice to bypass warnings. The company claimed that this function reduces the chances of users accidentally visiting a pornographic or gambling website, which means that SalamWeb offers a service for anyone who wants a higher level of internet safety.

Other companies have also created apps focused on Muslim practices. For example, a company has created an app that alerts Muslims when it is sundown during Ramadan so that they can break fast. Notifications of these kinds have become central to apps that cater to Muslims, and such programs have proliferated in Indonesia.

Umma, a service that gathers popular articles and videos for Muslims on smartphones, was rolled out in Indonesia at the end of April. The operator describes it as a single app that provides essential services for Muslims, including Arabic reading of the Quran. It already has about 2.5 million users, and the company plans to raise profitability with online sales of halal products in the future.

Similar services are expanding throughout Asia and many have set their sights on global expansion.

SalamWeb already has users in 150 countries, less than five months since its debut. Hasni aims to reach 10% to 20% of the global Muslim population.

The prospect of a Muslim Google or Facebook is not unrealistic. The Islamic digital economy will total $277 billion by 2020, according to Thomson Reuters data. Competition in the market is expected to intensify as Asian, Middle Eastern and European companies enter the fray.

Veil, a dating app developed in the United Arab Emirates, has gained 2,500 users daily since launching in March. In the U.K., apps that display information about mosques and places of worship in other countries are being developed. Indonesian online retailer Hijup entered Britain in 2018 as crossborder competition grows.

Well-funded American and Chinese internet giants are also entering the growing market. Google tested a service in 2017 in Indonesia and elsewhere that displayed traffic data during the breaking of the Ramadan fast.

Nikkei staff writer Wataru Suzuki in Tokyo and Momoko Kidera in Istanbul contributed to this article.