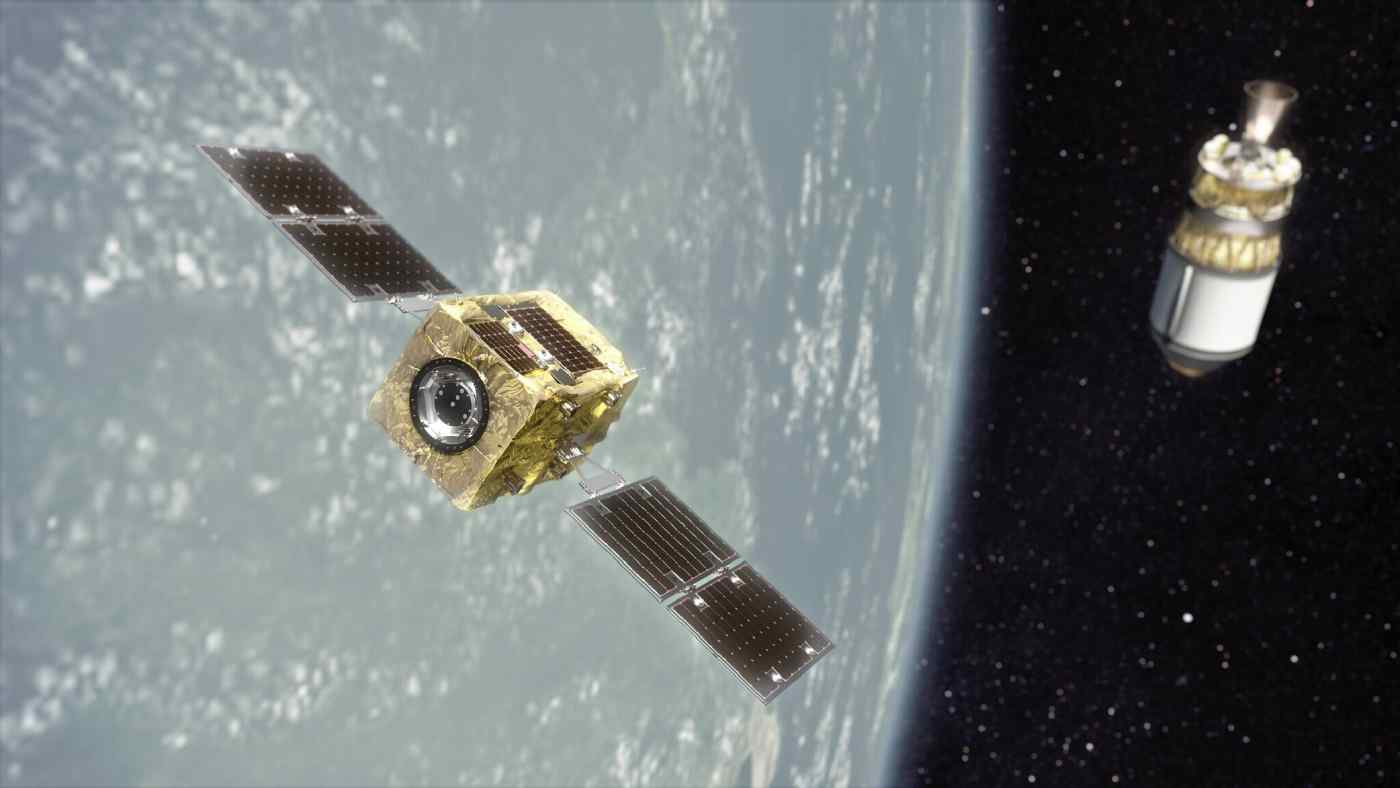 TOKYO -- Nobu Okada, founder and CEO of satellite startup Astroscale, was gearing up for another round of fundraising earlier last year when the coronavirus pandemic started disrupting the company's supply chain. Then came more bad news: OneWeb, a major U.K. satellite startup, filed for Chapter 11 bankruptcy protection in the U.S. after failing to secure funding from its biggest backer, SoftBank.

Astroscale, which is building satellites that can clean space debris in orbit, had announced a partnership with OneWeb in 2019. Okada, bombarded with questions from investors and business partners, began drawing up contingency plans.

But amid the storm, he also saw opportunities. As large companies cut back, there was less competition in M&A deals, talented engineers were out of work and the real estate market was opening up as companies introduced remote working. Astroscale ended up buying the assets of an Israel-based satellite servicing company and hired 60 people. It also decided to move to a more spacious headquarters in Tokyo.

The pandemic "was a tremendous opportunity," Okada said in an interview with Nikkei Asia. "We only accelerated."

As the initial panic cooled, investors eventually bought into Okada's growth story. Astroscale said in October last year that it raised $51 million in funding, led by aSTART, a Japanese investment company with a focus on space-related businesses. Astroscale had a valuation of around $700 million, according to Nikkei estimates, bringing it within reach of a becoming a unicorn -- startups worth $1 billion or more. 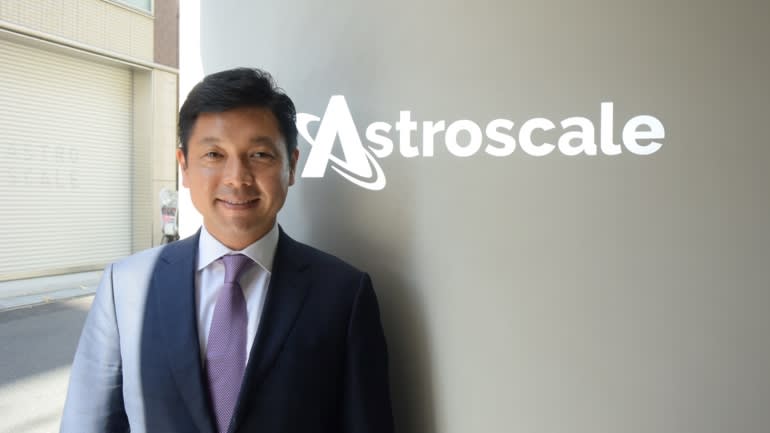 Nobu Okada, founder and CEO of Astroscale, ended up buying the assets of an Israeli company and moved to a more spacious headquarters in Tokyo.

Okada's decisions may have proved decisive. Large funding rounds for privately held startups took a back seat in Asia in 2020 as companies scrambled to cut costs instead of investing more for growth.

Such companies were often advised by their investors to build a "cash runway" and cancel plans for fundraising if deemed unnecessary. Capital thus flowed to large, listed tech companies in the U.S. or existing unicorns.

In China, where the number of unicorns is second only to the U.S., investors doubled down on existing ones amid uncertainty over the country's trade tensions with Washington. Online education companies Yuanfudao and Zuoyebang, the valuations of which surpassed $1 billion in 2017 and 2018, respectively, each raised billions of dollars in additional funding in 2020.

The fundraising gap between the U.S. and Asia also underlines differences in the depth of the venture capital industry.

For example, Japan's is "not as mature at the early stage" compared to Silicon Valley, said Michael Carter, co-founder of newly launched gaming startup Playco.

"There are corporate VCs [in Japan] but there aren't a lot of these kind of institutional [investors]," he said. "So a lot of these companies are forced to think about going public a lot earlier in a smaller way, and then once they go public it really constrains their global ambitions." Corporates hit by an economic downturn tend to scale back venture capital investments because it is not part of their core business.

Carter lives in Japan and planned to build Playco's core operations in the country. But after realizing that he would need a large sum of money to realize his goal of delivering games to billions of messaging app users, he decided to create a holding company in the U.S. to court Silicon Valley investors. In September last year, the company said it raised $100 million at a $1 billion valuation on its first major round of financing, led by investor Josh Buckley and Sequoia Capital Global Equities.

Carter said the pandemic, which accelerated the use of Zoom and other online communication applications, helped investors understand his goal of building games that can easily be played with friends remotely. 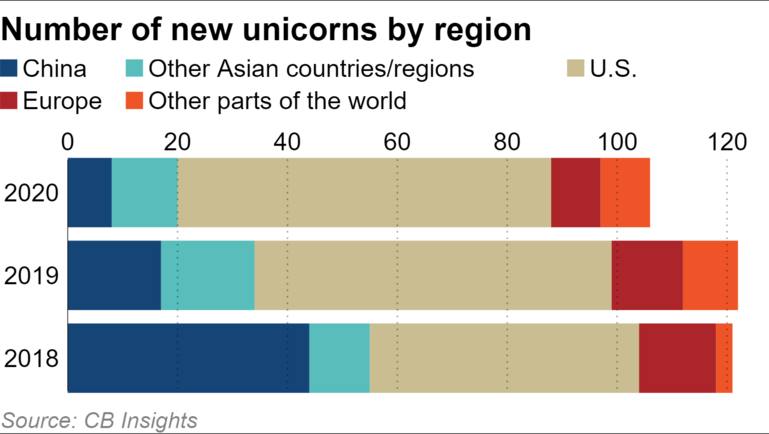 Astroscale also benefited from long-term optimism for the commercial space industry. GalaxySpace, a Chinese communications satellite company, announced in November that it raised an undisclosed amount of capital for a valuation of $1.2 billion. OneWeb emerged from Chapter 11 with backing from India's Bharti Global and the U.K. government.

Startups in other industries were not so lucky. Investors bet on services that could be accessed entirely online, such as education technology and fintech, and shunned most businesses that involved physical movement of people, such as ride-hailing and travel during the still raging pandemic.

Socar, a car sharing company in South Korea, saw multiple parts of its business come under pressure as COVID began spreading in the country around February last year. The outlook for its core business of renting out cars that Socar owns was increasingly uncertain as people were forced to stay at home. At the same time, Tada, a minivan hailing service run by a Socar subsidiary, was facing strong opposition from the taxi industry. Socar was forced to stop Tada in April.

But Socar executives were confident that car sharing demand would persist: South Korea had gone through two major typhoons in 2019, and Socar's utilization rate only fell to around 60% of normal. Under a new CEO, Park Jae-wook, the company moved quickly. It sold 20% of its cars to boost its cash reserves but also began to develop new services that would offset the loss of its ride-hailing business.

"We really tried to win after COVID, rather than just try to survive and maintain the business," said Wi Hyun-jong, Socar's chief strategy officer. 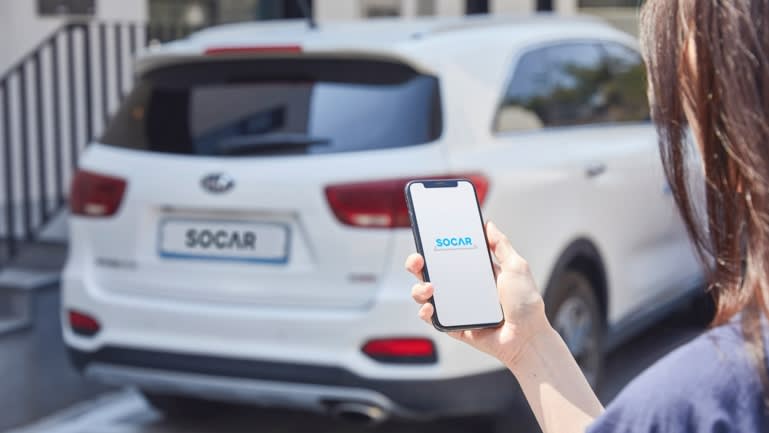 As the pace of the pandemic's spread eased in May, Socar also experienced tail winds from demand for domestic travel as going abroad remained heavily restricted. "From May to October, our performance was better than 2019," Wi said. The company expects to generate about $250 million in revenue in 2020, roughly flat from 2019.

In October, Socar said it raised 60 billion won ($54 million) from two local investment companies for a valuation of about $1 billion. The company plans to use the proceeds to expand a string of new business lines: used car sales, a ride-hailing service in partnership with taxi companies, and a "designated driver" service -- dispatching someone to drive a user's car home.

The company is targeting an IPO in South Korea in the first half of 2022 and recently appointed two local brokerages as underwriters.